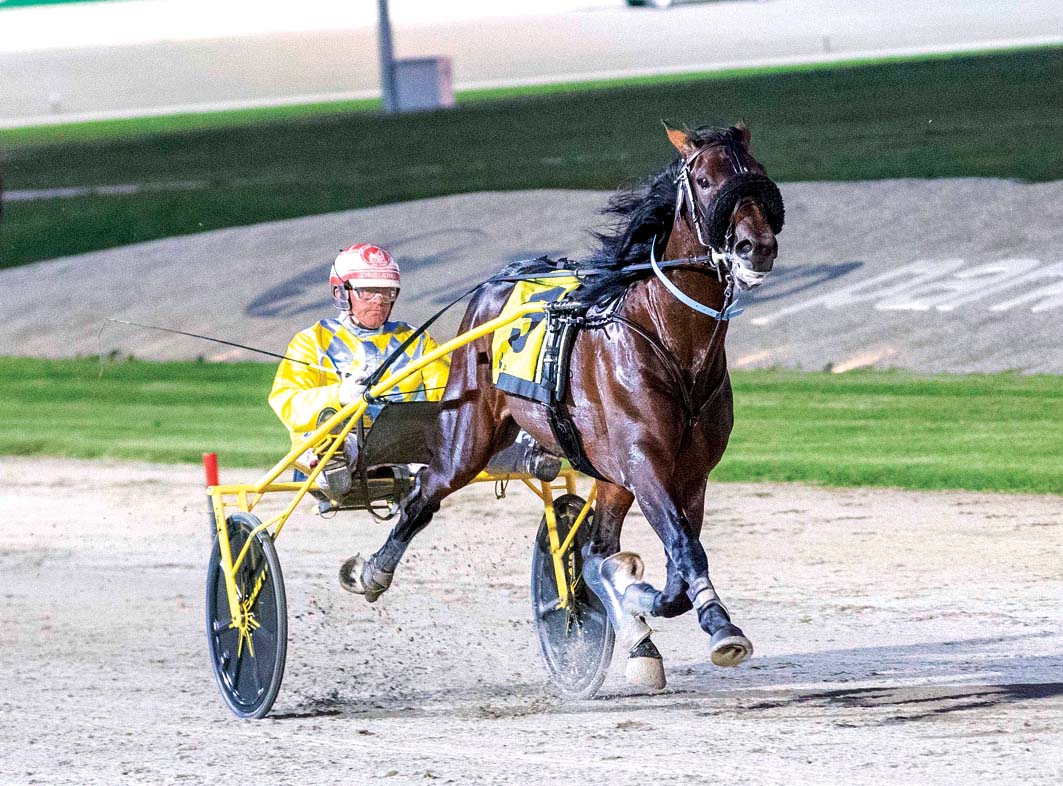 ELITE STRIDE winner of the Need For Speed Prince Final

HE’S driven some of the finest squaregaiters – and arguably the best – during the past quarter of a century. So when Anthony Butt...

HE’S driven some of the finest squaregaiters – and arguably the best – during the past quarter of a century.

So when Anthony Butt declares a young trotter “is a pretty special horse” it’s worth paying attention.

Since the late 1990s Butt has partnered trotting stars such as Take A Moment, Vulcan, Keystone Del and Maori Time to name a few.

As for the latest potential topliner, Butt believes Elite Stride has all the requirements of a champion.

“He is a pretty special horse and has a massive future ahead of him all going well,” Butt said.

“There is so much to like about him and what he could be in 12 months time is anyone’s guess.

“He’s got the complete arsenal to go all the way.”

Elite Stride will take another step towards greatness when he tackles the New South Wales Trotters’ Derby at Club Menangle on Saturday night.

A Group One winner earlier this season, the son of Muscle Hill is a $1.20 TAB Fixed Odds favourite to add the Blue Riband to his collection.

Elite Stride heads into the classic having won his last five starts, with his record sitting on six wins and a second from seven outings.

Gimondi is the only other runner under double figures at $8 from gate six.

“He will be hard to beat,” Butt said. “He has done everything well so far and feels a treat.

“That said, it’s not a given as you always hold breath a bit with young trotters, but he does have the runs on the board.”

With Butt to take the reins, Elite Stride has drawn to search for the lead from barrier four.

“He’s got gate speed if I want to use it,” Butt said. “The draw gives me plenty of options so we’ll just see how they all come out of the gate.”