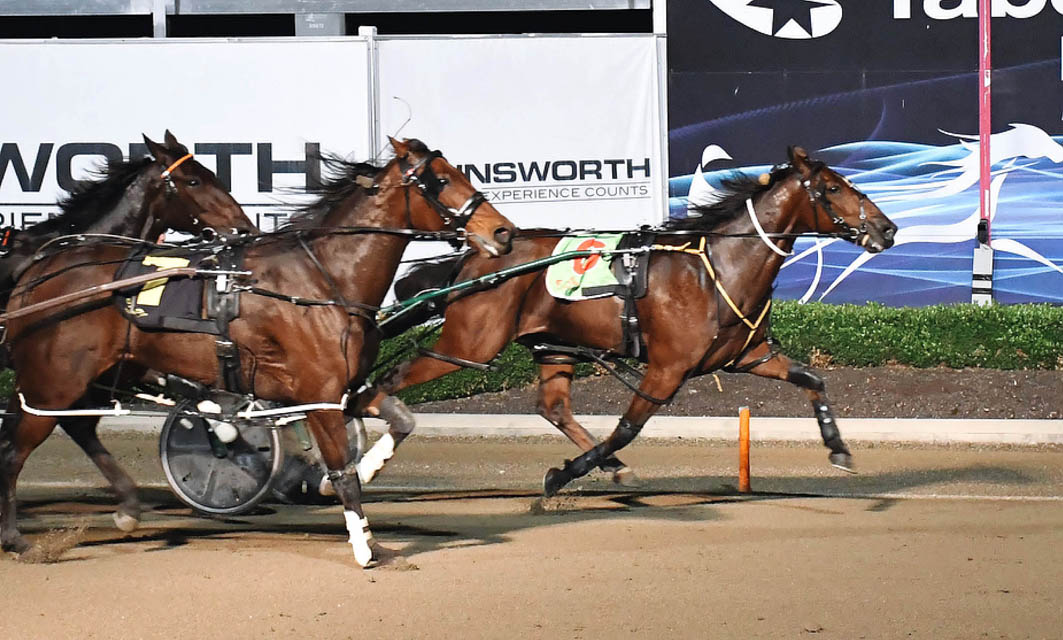 HIS form certainly belies his name. Racing as Jay Ok, the youngster is proving far better as indicated by his victory at Club Menangle...

HIS form certainly belies his name.

Racing as Jay Ok, the youngster is proving far better as indicated by his victory at Club Menangle last night.

With the son of A Rocknroll Dance showing plenty of potential, trainer Paul Fitzpatrick believes Jay Ok can continue to make his way to the top.

“He’s going along well,” Fitzpatrick said. “He is a lovely little horse which has great manners and a nice turn of speed.

“The question is when he reaches the good ones, can he be competitive, but I can’t see any reason why he won’t be.”

Driven by Gavin Fitzpatrick during his latest triumph, Jay Ok worked forward to find the lead from barrier six as early pacemaker Shandelier was eased to take a trail.

Forced to dig deep during the latter stages Jay Ok staved off a determined Arma Naughty to score by a half-neck, with Shandelier two metres away third.

Covering the mile in 1:53.5, the three-year-old stretched his record to three wins, four placings and a fourth from eight outings.

“He was in need of the run last night but I was fairly confident with him,” Fitzpatrick said. “He hadn’t raced since late March because I had a few little setbacks with him.

“He will improve from the run and be better next time around.

“I’ve got nothing in mind for him at the moment other than keeping him going to give him a bit of experience.”