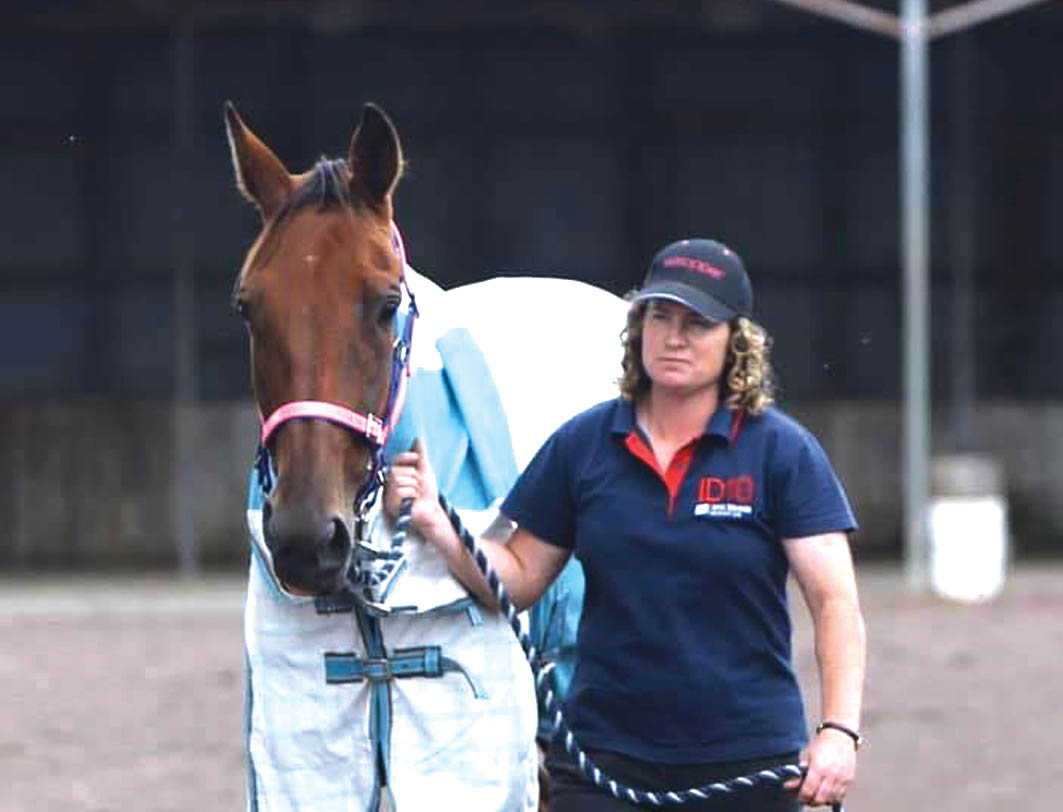 “I’M very proud of that one…it means a hell of a lot to me that’s for sure.” After a 42-month absence from the winners’...

“I’M very proud of that one…it means a hell of a lot to me that’s for sure.”

After a 42-month absence from the winners’ circle, Im Notta Trotter made his way into the number one stall in Ballarat last night.

Naturally thrilled with the victory, trainer Brooke Sadler revealed the success means more than the prizemoney or the glory.

“I was really sick a couple of years ago and was diagnosed with lymphoma,” Sadler explained. “I was off the scene for 12 months and he was comeback horse.

“I owned him and had him with Bob Kuchenmeister to train, but Bob felt he was at the end of his career and I needed a nice quiet horse to start back with so he was ideal.

“I thought I’d keep him going to get half dozen runs out of him just to get me back into it…that was 12 months and 30 starts ago.

“I never expected to win virtually any money let alone win a race.”

Driven by Sadler, Im Notta Trotter began well to lead from the pole as Dream Over worked on his outside.

Proving too slick along the home straight, the son of Modern Art scored by two metres from Majestic Eyes, with Dream Over battling on gamely to be a metre away third.

Im Notta Trotter rated 2:08.7 for the 2200-metre stand to record his first win since scoring in Terang in November 2016.

The 11-year-old has run nine seconds and 13 thirds during the interim.

“I wasn’t sure if he’d win another race but he is racing pretty confidently at the moment,” Sadler said.

“The writing was on the wall that he was going to put in another good performance, but to get the win is amazing.”

Along with breaking his drought from the winners’ circle, Im Notta Trotter provided Sadler with her first training triumph since January 2018.

“Tough Call was my last win as a trainer but I was too sick to drive him,” Sadler said. “After that I stopped training.”

Here’s all the winners for Riverina Paceway ...
Always time for a joke when Dennis is around
Championship winner sold to American interests
Here’s a couple of ‘firsts’ wort...
About author