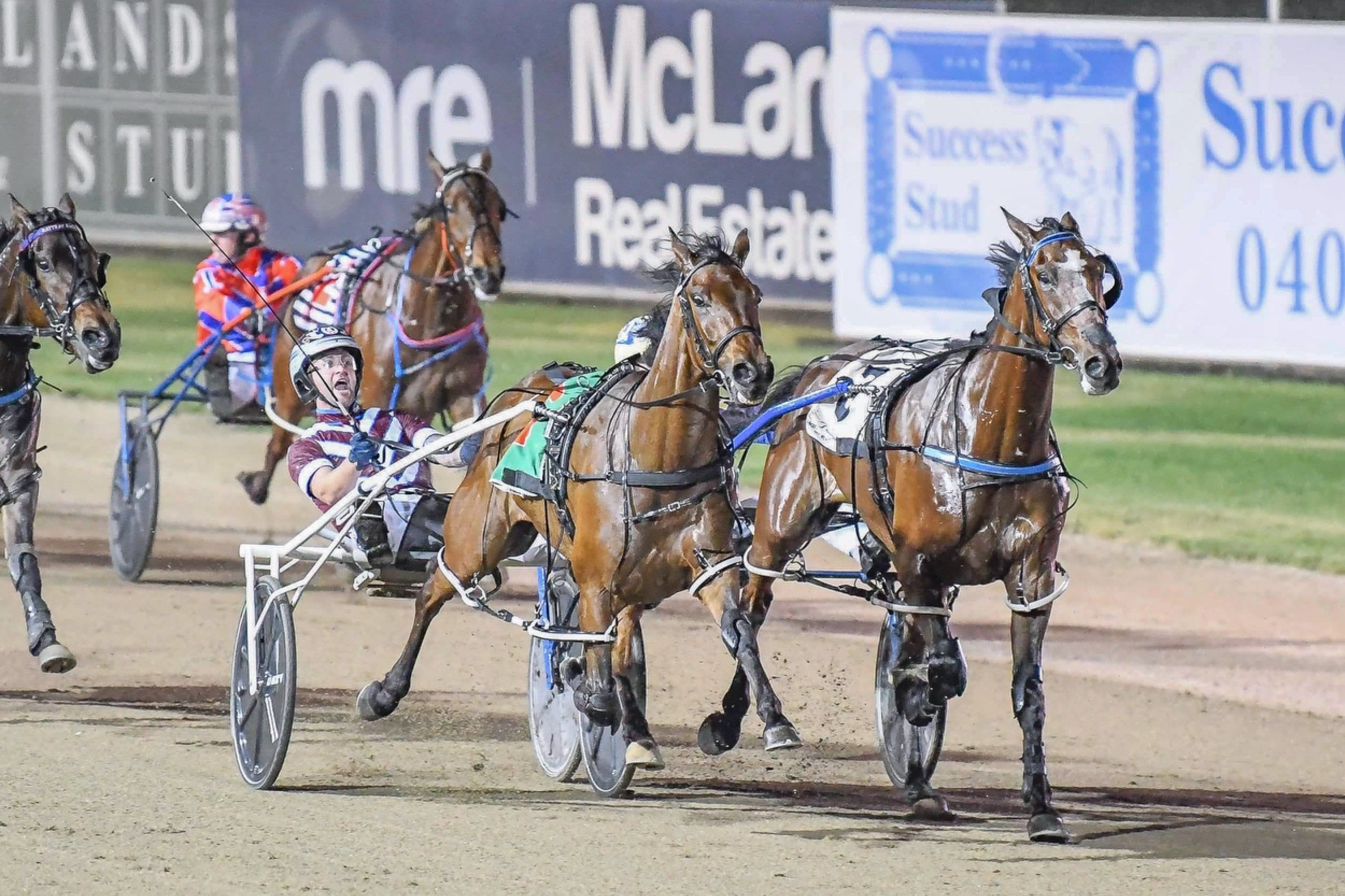 WHAT A WIN: Our Money Rocks scores in the Breeders Challenge semi at Menangle last weekend.

Grimson aiming up for another Group One

Grimson4 Penrith33
HE already knows what Group One success tastes like but Menangle trainer Jason Grimson will get another bite of the cherry this Saturday night when...

HE already knows what Group One success tastes like but Menangle trainer Jason Grimson will get another bite of the cherry this Saturday night when he contests the $125,000 NSW Breeders Challenge for the three-year-old colts and geldings with his smart youngster, Our Money Rocks.

In March, 2016, the then 23-year-old admitted it was “a dream come true” when he partnered the talented filly Dont Think Twice to victory in the Bathurst Gold Tiara at his first attempt in a feature race.

Last Saturday night, Grimson took one step closer in his bid to add a second Group race to his resume when Our Money Rocks produced a Herculean effort to take out the second semi-final of the state-bred series.

“He had a tough run sitting outside the favourite Crunch Time but was able to overpower him in the run to the line.

“I could not believe that he had the audacity to prick his ears on the line after doing all that work . . .he is a really good horse.

“Luck wasn’t with us in the barrier draw for the final as we have ended up on the outside (barrier 10).

“But I will be coming out hard to have a decent look.

“He races a lot better when he is up on the speed.”

If Our Money Rocks can win on Saturday night he will stamp himself as a real star as he comes up against a brilliant field that includes the other semi-final winner, the unbeaten gelding Private Eye as well as Jerulas Grin, who appears to be a potential topliner and Crunch Time, who was brave in defeat last week.

Grimson will be at Penrith tonight where he has just one runner engaged, Georgie Martin in Race 4.

“Georgie has been a real revelation since coming to my stable” said the former Riverina horseman.

“She was sent to me from the very strong David Kennedy stable.

“Dave did a terrific job with her in the Riverina and thought she was worthy of having a crack at racing in Sydney.

“I gave her a handful of runs at Menangle and she wasn’t disgraced before she won last Thursday.

“I will give her a few more runs here at Penrith before giving her another crack at home.”