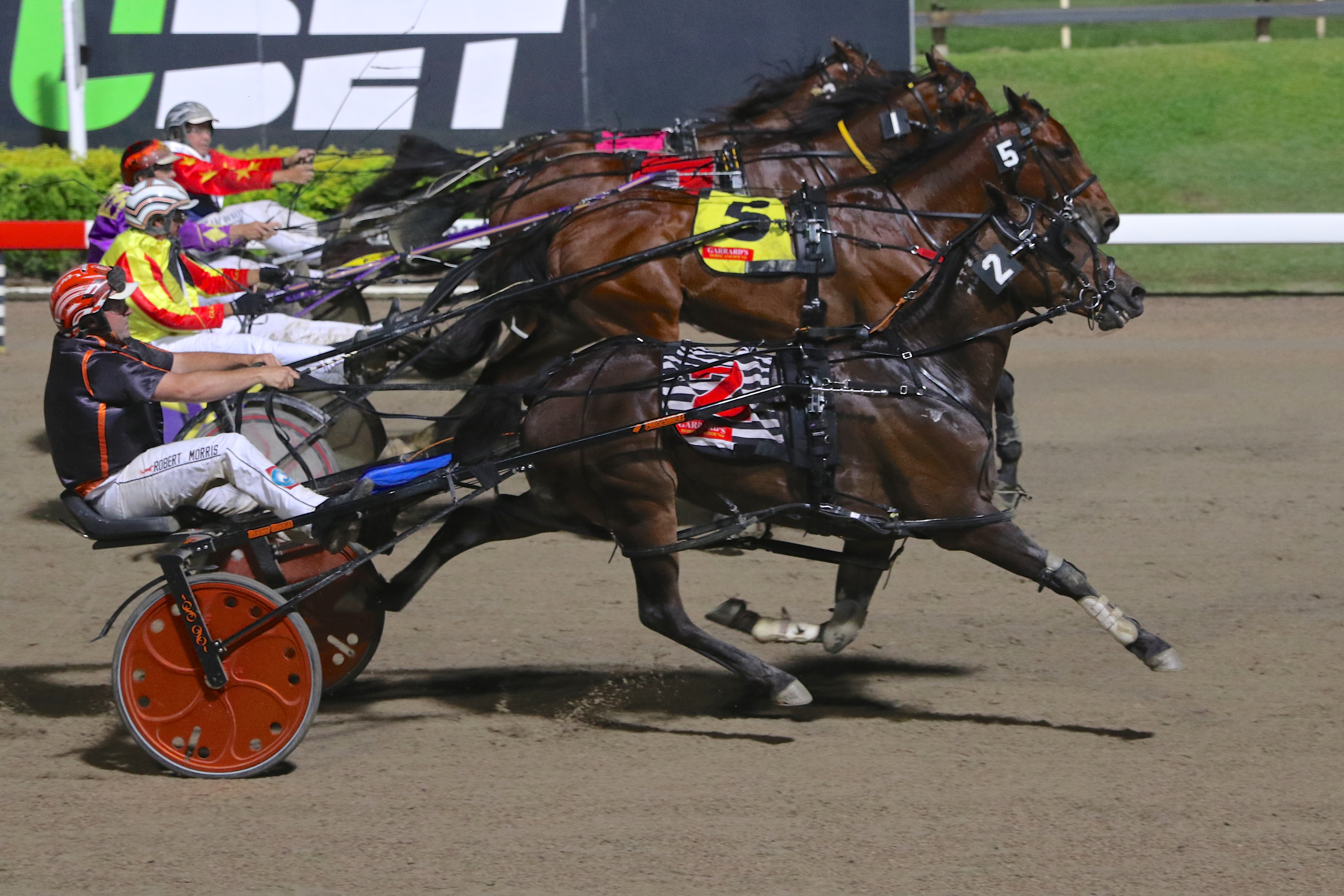 Heading to Newcastle with heavy hearts

Morris8 Newcastle30
LAST weekend was one that KerryAnn and Robbie Morris would prefer to forget. It doesn’t matter how many horses you train, losing one in...

LAST weekend was one that KerryAnn and Robbie Morris would prefer to forget.

It doesn’t matter how many horses you train, losing one in tragic circumstances is a hard pill to swallow.

On Saturday night at Tabcorp Park Menangle, just before the finish of Race 9, one of Lucky Lodge’s favourite pacers, Aztec Bromac faltered badly, breaking his shoulder and had to be euthanised.

“To say Kez and I were shattered would be an understatement,” said an emotional Rob Morris.

“Tex” meant so much more to us than just a good racehorse.

“Those who handled him instantly became attached, he was such a lovely animal.”

“He was so honest and always gave us his best. Apart from his 21 wins, I think he was placed 42 times,” said Morris.

“But as hard as it is, we just have to shake it off and move on; we have a big team in work and life just has to go on.”

Tonight, Team Morris heads to Newcastle where they could potentially have the favourite in the first five races.

“We love getting to Newcastle, it’s a top track and we almost always have luck up there,” said Morris.

“The horses we have racing tonight should all benefit from a big class drop.”

Morris explained that their main cause for heading to Newcastle was to find easier assignments for their three-year-olds, Artemis (Race 1) and Yuko (Race 5).

“Both these youngsters have been giving their all, having real gut busters in top quality races at headquarters [Menangle],” he said.

“We are just looking to give them a bit of a breather in easier company so they can regain their confidence.”

Artemis won three starts back, rating 1.52.3, and last start was up against older seasoned horses when she finished sixth.

Yuko is a New Zealand-bred filly who won first-up for Lucky Lodge at Penrith in February after being purchased by a group of stable owners.

Since then she has mixed her form but did record a further two wins at Penrith.

“We have some awkward draws but Bronski Belle and The Doorman both have claims as well,” said Morris.

The Doorman is first-up for Lucky Lodge and the gelding has pleased Morris in his work since coming from Queensland.

Unhoppled . . . and ready to strike
Preview: Newcastle August 21
Hughes-Ison ready for another battle royale
Harmey mixing it with the best
About author