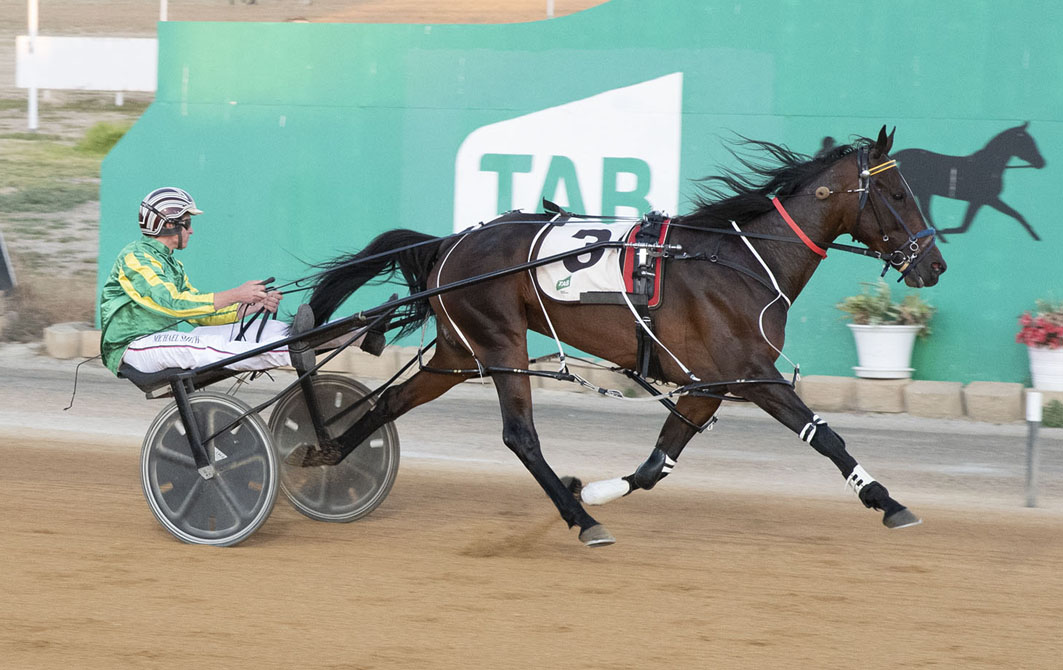 WHISTLE ON BY - Photo Walter Bulyga

A FEW years ago he was enjoying retirement with no plans of returning to training. Then some personal circumstances changed, and at the ripe...

A FEW years ago he was enjoying retirement with no plans of returning to training.

Then some personal circumstances changed, and at the ripe age of 82, Donald Thomas dusted off the harness!

Since then Thomas has cut a regular path to the winners’ circle, a journey he completed again at Globe Derby last night.

Thomas’ successful stint is courtesy of quality mare, Whistle On By, which has scored at four of her last six starts.

“I’m 85 and was retired,” Thomas said. “A few things changed close to home, so I did the main thing I know and that was training horses.

“I hadn’t trained for 10 or so years before I made my comeback!

“Owen Martin had this mare in Victoria and said I can have her at the right price and just pay him when I have the money, which was terrific of him.

“When she came here we had a bit of trouble getting her to stick on, but now she can run a bit, especially if finds the lead.”

Whistle On By showed just what is she capable of when finding the front by leading throughout for her latest victory.

With Michael Smith motionless in the cart, the daughter of Major In Art was untouched on her way to a soft five-metre win from Elleker Hanover.

“I had quite a few winners 12 or 14 years ago and just went back to the way I used to do it then with her,” Thomas said. “We’ve turned her around I think and she’s becoming a nice mare now.

“She will go around in next week’s Final and with a bit of luck can pick that up too.”