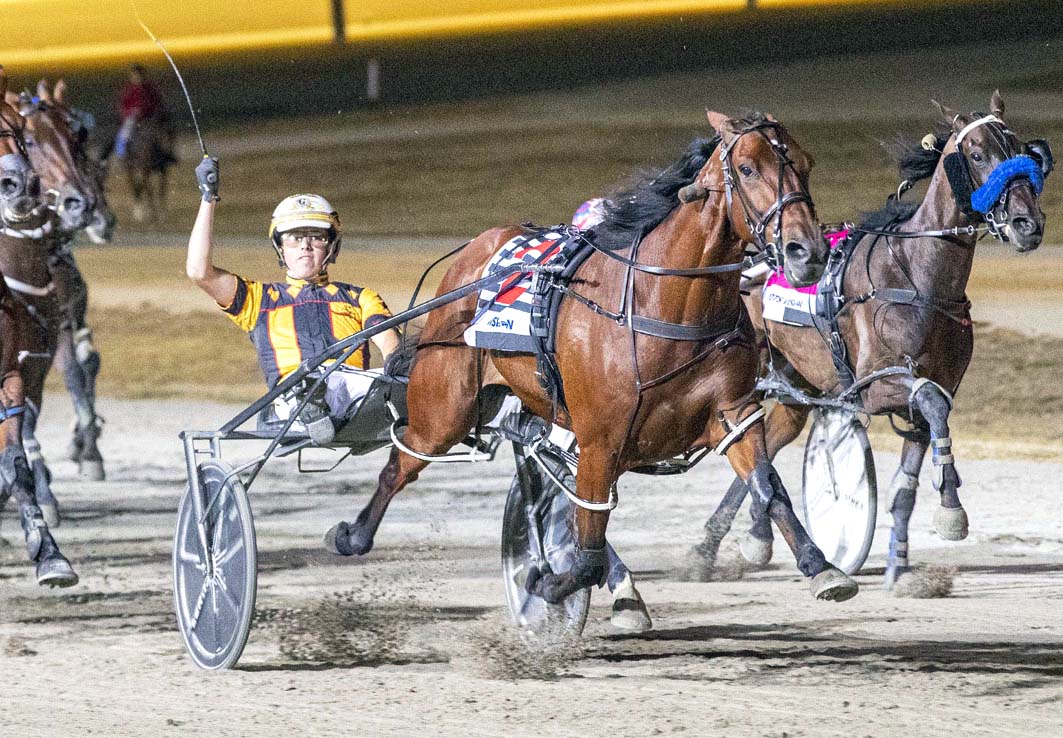 On target for country cup hat-trick

CLASSY pacer Spirit Of St Louis will be given the opportunity to complete a Victorian country cup hat-trick next weekend. Successful in the Shepparton...

CLASSY pacer Spirit Of St Louis will be given the opportunity to complete a Victorian country cup hat-trick next weekend.

Thrilled with the five-year-old’s performance, trainer Belinda McCarthy plans to enter Spirit Of St Louis in the Ballarat Cup.

“He has done a terrific job during his two runs down there,” McCarthy said. “As long as he comes through this run just fine he will go around again in the Ballarat Cup next week.

“If he gives the impression he could do with a week between runs, he’ll go in the Casey Classic in Melton a week later, then on to the Hunter Cup a week after that.”

Driven by star young reinsman Jack Callaghan, Spirit Of St Louis was given time to settle into his stride before being angled three-wide during the middle stages to sit out the leader, Mach Da Vinci, before gaining cover as Lochinvar Art was sent to the ‘death seat’.

Proving too slick along the home straight, Spirit Of St Louis dashed to a three-and-a-half metre win from a brave Lochinvar Art.

“He did a good job going through the grades last season and is really coming of age,” McCarthy said. “He’s a real professional on the track and will always be competitive in any race.”

Mike Ko’cass previews all the Easter harness...
Dairy farmers enjoying the cream of the crop
Interstate trip on the cards for in-form mare
Steady build up for exciting youngster
About author