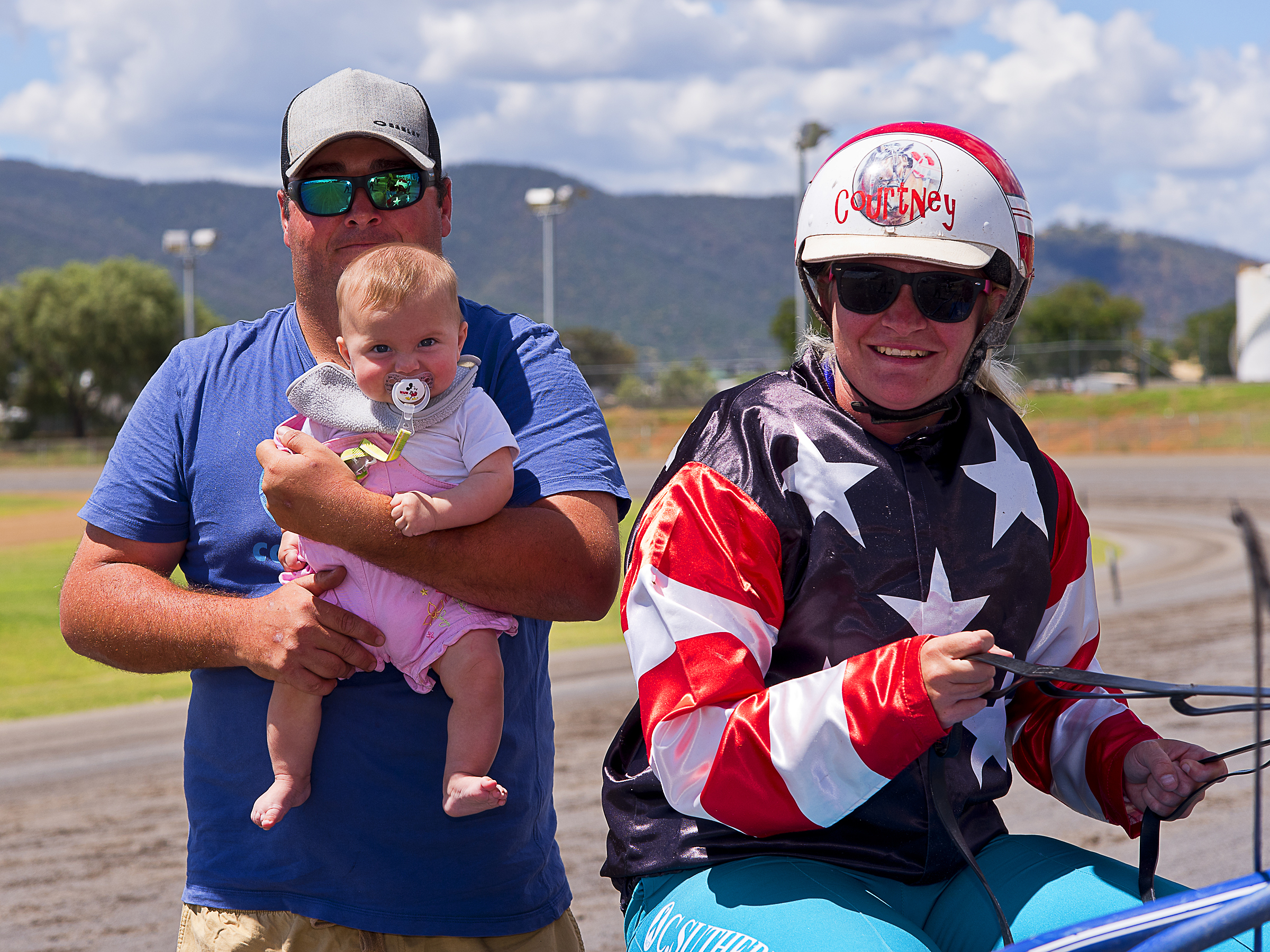 URALLA reinswoman Courtney Sutherland juggles a very tight schedule and her dedication was rewarded – threefold – at Tamworth on Thursday afternoon.

Sutherland guided Uncle Gregory to take out the opening event which broke the maiden status of the seven-year-old gelding.

The win also saw Sutherland notch up her first winning drive since the birth of her daughter Everleigh five months ago and then the added bonus of capturing her first Team Teal win as part of the Ovarian Cancer Research Fund Campaign.

“The horse finally got the win,” said Sutherland.

“He has been so unlucky in his runs.”

The Major In Art-The Gatecrasher gelding was having race start No. 13 for the breakthrough win after five minor placings.

“I thought the race panned out beautifully – I did think about going to the inside running line but the one-one was just beautiful for us and where I wanted to be,” said Sutherland.

Trained by her father Chris, Uncle Gregory began from the eight barrier before settling into the one by one with Miss Social Media from the Ty Robson stables leading the field.

Sutherland began a three-wide run with Uncle Gregory in the back straight on the final occasion at the 600-metre mark.

Leading the field into the home straight Uncle Gregory went on for a 1.9 metre win over Seelsters Song (Sarah Rushbrook) with Miss Social Media (Dean Chapple) a half neck away third.

“He has been out in the lead before in his races and just missed the win but this time he kept chugging along and it was a good mile rate.”

It was also a proud moment for Sutherland to have her daughter Everleigh trackside.

“I came back driving when she was four weeks old,” said Sutherland.

“I am so proud with driving my first winner as a mother and I hope she will be proud of that when she gets older.

“Everleigh was on the sidelines with her Dad (David Munsie).

“Dave was calm and collected and just pleased that I won the race as Uncle Gregory is raced by the Munsie family.

Sutherland was also happy with her first success in the Teal pants.

“That was my first win for Team Teal as well and I am so stoked with the win.”

There were three Team Teal wins at the meeting with Sutherland joined by Sarah Rushbrook, who was also enjoying her first winning drive since returning from the injuries sustained in a race fall 12 months ago at Inverell.

Jackeroo Shannon took out the Hazell’s Farm and Fertilizer Service Pace for Rushbrook.

Madi Young also made her contribution to the campaign with the win of Karaoke Rock in the Multiquip Poultry Pace with the ladies showing dominance in taking out the first three races on the eight-race card.

TEARS OF JOY FOR SUTHERLAND
About author