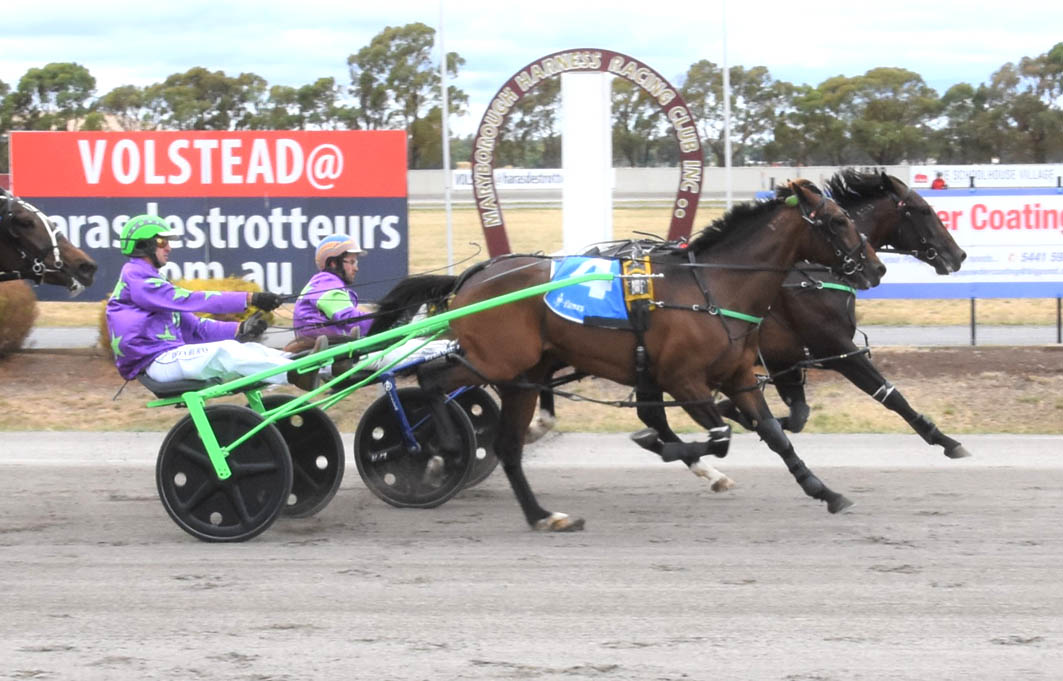 A FIRM believer in giving credit where credit is due, Damian Burns wants to make one thing clear ahead of tomorrow night’s Premiere Stake...

A FIRM believer in giving credit where credit is due, Damian Burns wants to make one thing clear ahead of tomorrow night’s Premiere Stake at Tabcorp Park Melton.

Poised to contest the feature with two of the leading prospects, Burns has praised his wife, Hayley, for the work she has done with the youngsters.

“With my father unable to help I needed someone there to give me a hand with the horses,” Burns explained. “Hayley stepped up and has been invaluable.

“Especially with this pair of two-year-olds as her driving one gave the other a horse to work with when needed.”

Hayley’s help has certainly led to results on the track as Got Equity and Solesseo Matuca ran the quinella in the first Victorian two-year-old event of the season.

Got Equity has since run third, while Solesseo Matuca has won his two subsequent starts.

“Solesseo Matuca should be unbeaten,” Burns said. “He dragged a flat tyre on debut and was only beaten a head.

“He’s done very well in his next two starts and is in top shape for Saturday night…they both are.”

With Burns set to partner Got Equity, Ryan Duffy will take the reins behind Solesseo Matuca.

Duffy drove the son of A Rocknroll Dance during his victories.

Got Equity will begin from gate six, while Solesseo Matuca is the sole runner along the back row.

“The draws are what they are and both will be doing their best on the night,” Burns said.

“Aaron Dunn’s horse Mykorona has looked good in its two starts and is the one to beat even from the outside of the front line.”