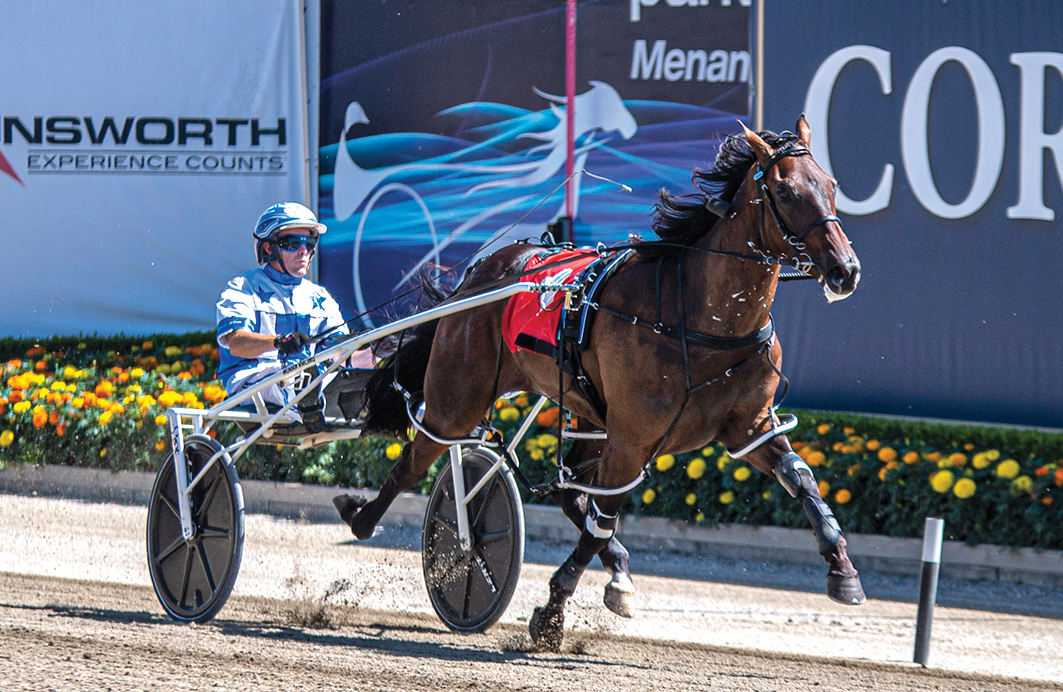 AS WAS the case with last weekend’s Pink Bonnet, you could almost be forgiven for mistaking Saturday night’s Sapling Stake as an Australian Pacing...

AS WAS the case with last weekend’s Pink Bonnet, you could almost be forgiven for mistaking Saturday night’s Sapling Stake as an Australian Pacing Gold heat.

The Group Two Pink Bonnet attracted a field of 10 classy fillies, with eight of the youngsters APG graduates.

In the end it was Girl From Oz which led home an APG trifecta as she covered the mile in 1:55.6 to score from Breivika and Miss Sonic Boom.

Girl From Oz has a half-sister by Well Said from Girls Go Racing poised to enter the sales ring as Lot 689 in Sunday’s APG Sydney Sale.

As for the Sapling Stake, seven of the 10 runners in the Group Two are APG purchases.

Three of the seven have relatives in the Sydney Sale, while another had a half-brother sell for $60,000 during APG’s recent Melbourne Sale.

Rickoshay’s half-brother by Captaintreacherous from Pembrook Caesar attracted the $60,000 bid.

On the subject of Captaintreacherous, he will be represented by Captain Braveheart and Captain Crusader, which has a half-sister in the Sydney sale.

From broodmare gem The Arch Nemesis, the filly is by A Rocknroll Dance and will enter the ring as Lot 585.

The Arch Nemesis is also the dam of Crunch Time which has drawn gate two in the New South Wales Derby.

A recent debut winner, He Aint Fakin also has a half-sister ready to be auctioned.

Currently-known as Lot 556, the filly is by Pet Rock from She Aint Fakin.

Another which was triumphant during his first trip to the track, Patsbeachstorm has a half-brother in the sale.

By Always B Miki from Charissa Tee, the colt is Lot 649.

Lochinvar Chief and Tasty Delight round out the seven APG entrants in the $50,000 feature.