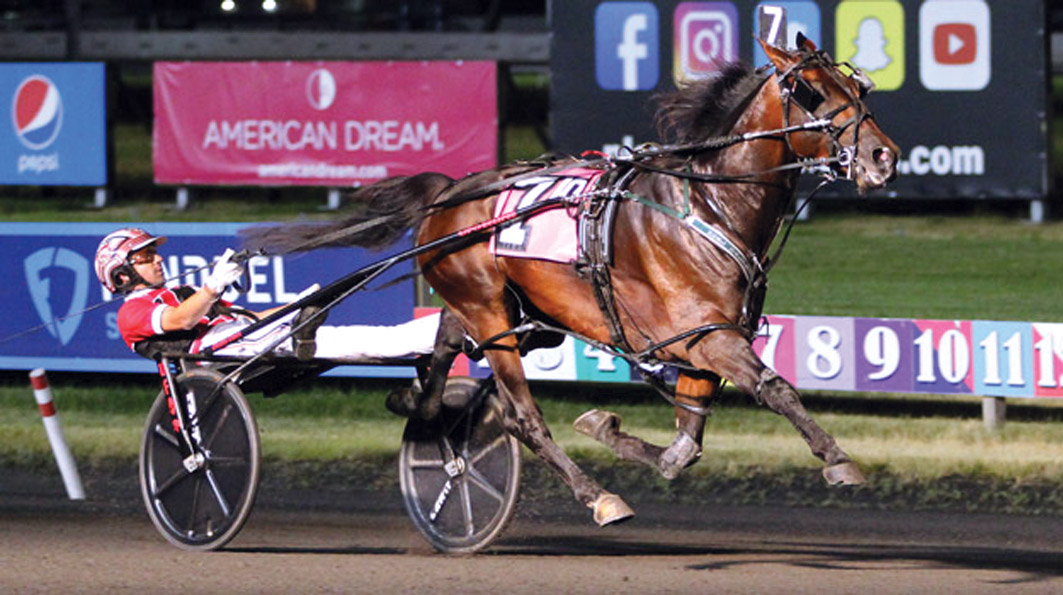 SOUTHERN Hemisphere horsemen have played a major role in establishing a world record. Having flirted with establishing the mark for the fastest mile in...

SOUTHERN Hemisphere horsemen have played a major role in establishing a world record.

Having flirted with establishing the mark for the fastest mile in history during the past fortnight, Bulldog Hanover did it today.

In winning the $500,000 William R. Haughton Memorial, Bulldog Hanover stopped the clock in a phenomenal 1:45.4 at the Meadowlands.

Two weeks earlier Bulldog Hanover equalled the world record at The Meadowlands when he paced 1:46, joining Always B Miki and Lather Up at the top.

The son of Shadow Play went close to repeating the effort with his 1:46.1 last week.

The runner-up, Rockyroad Hanover – which was timed in 1:46.1 – was partnered by Aussie driver, Todd McCarthy.

After reaching the lead at the halfway mark, Bulldog Hanover scored by two lengths, with Tattoo Artist third.

The four-year-old entire in the US for Canadian-based owners Jack Darling Stables and Brad Grant.

“That’s the amazing part of it,” Daley said. “A lot of good horses can go a quick mile, but to go four times in a row, four weeks in a row, is unbelievable!

“He’s a special horse. We’ve only had him to look after for the month, which has been great.

“He came down in good order. Obviously, he’s liked it down here.

“Just to be able to back up like he does is unbelievable.”

Successful at seven of his eight starts for the season, Bulldog Hanover took his tally to 21 victories from 29 starts for earnings of $1.55 million.