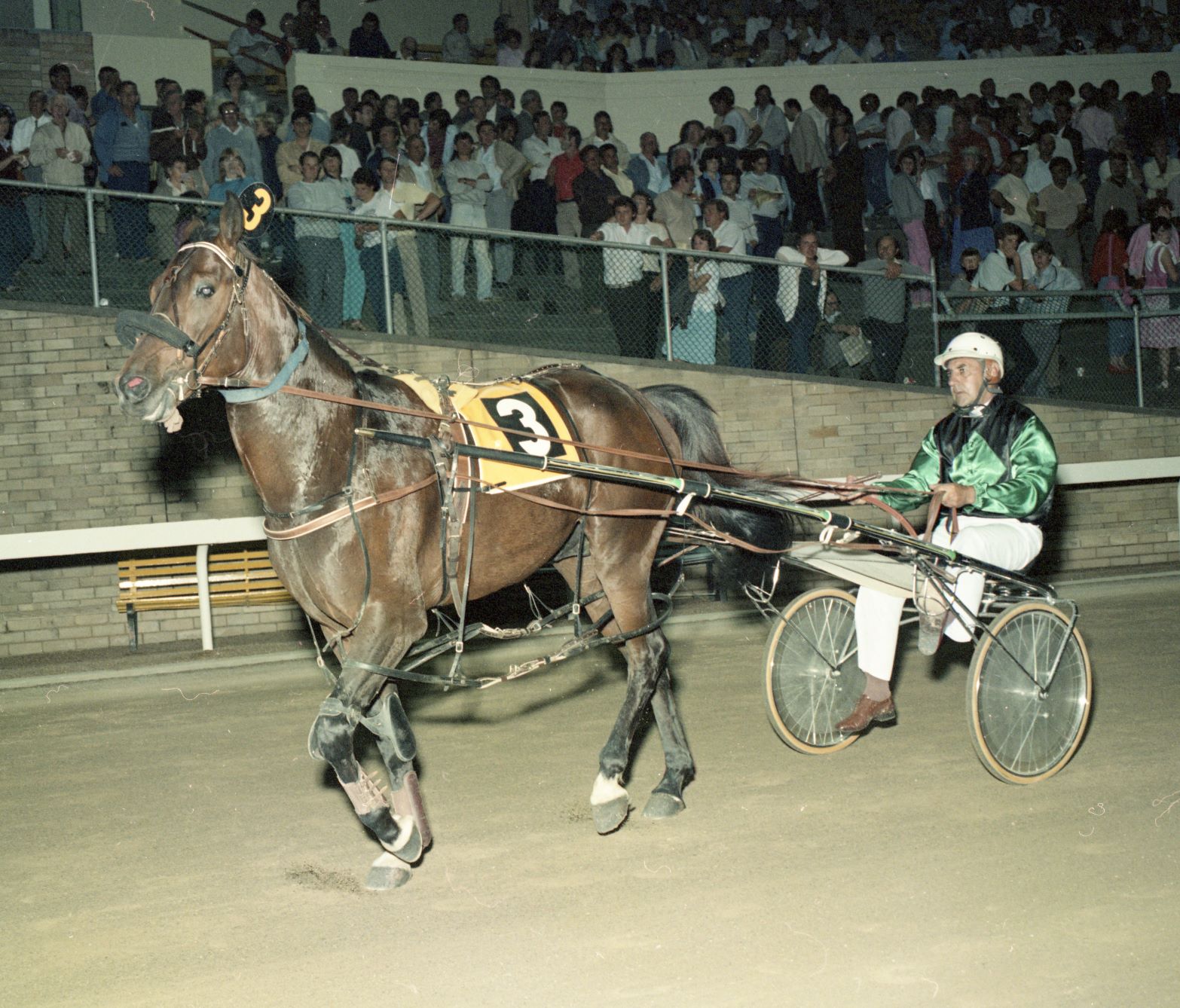 Byad Boy and Bill Hansell return to a packed Harold Park crowd after one of their wins.

Sad passing of another of our great horsemen

Bill grew up in the tough eras.

He began driving in the mid-1950s; trained and drove in the extremely-competitive decades of the 1950s, 60s, 70s and 80s and held his own with so many champion drivers of that era.

After winning 30 races around the provincial and country circuits, Bill drove his first Harold Park winner, Dark Silver, on December 18, 1959.

His father (William George) was a hobbyist but successful trainer in trotting and Bill learned the trade from the likes of local Sid Boulden and master horseman/teacher, Charlie Parsons.

His first good horse was Starting Price in the mid-1960s.

He won nine races for Bill, including four at Harold Park and finished second in the 1965 Menangle Park Cup.

He successfully trained Waitawhile Boy earlier in the pacer’s career and had success with trotters, Liza Hanover and Madam French.

Bill Hansell had great success as a freelance reinsman, driving for many stables and was a ‘go-to’ man for a lot of the battling trainers and their smaller stables.

He drove successfully for the likes of (and not limited to) his father-in-law Dinny Byrnes, Sid Boulden, Jack Cairns, Sid Cowling, Stan Bond, Frank Knapton, Col Edwards, Ken Gardiner, Neville Hargraves, Colin Picken, his good mate Jack Webb (whom he won 12 races at Harold Park with pacer Byad Boy) and of course driving trotters for the Peter Carson stable in the latter part of his long career.

For a short period, he was also the private trainer for Jack Honan.

And he had good success with smart pacer Tuapeka’s Garry, among others.

His major career highlight was winning the heat and final of the now Group One 1971 NSW Oaks aboard top mare Miss Hondo.

He had previously won the Penrith Oaks on the same mare.

Bill Hansell loved the trotters and won the 1991 Kilmore Trotters Cup on French Wine as well as winning with Arnie Hest and Wiz for Peter Carson.

His last winner and indeed Harold Park winner was on Polar Iceman, for Peter Carson, in a trotters’ race on September 20, 2002.

For many years Bill and his wife Mary, (who used to run the successful Sunday Granville gymkhanas), lived in Short Street, Granville.

One of Bill’s proudest moments was when son Michael took up race driving in between his signwriting business.

Michael only had a brief career but drove 23 winners.

But importantly Michael won a race at Harold Park (aboard Glendarvie on April 18, 1994).

Bill was so proud as it was the third generation win at Harold Park on both sides of both Bill and Mary’s family tree . . . a rare feat!

Bill and Mary retired to the Central Coast in mid-2003.

Bill continued his love of operating the horse/stables gate at Sydney Turf Club meetings at Rosehill and Canterbury.

He had done this job for many years and loved to chat to the trainers and strappers. They all knew him.

Sadly, illness crept up on Bill and he had to give away his pass-time job.

In recent times he had struggled, and he passed away surrounded by his loving family.

Funeral details are yet to the confirmed and will be advised later.

Club Menangle Chairman Robert Marshall, directors and staff, including all at National Trotguide, and our big harness racing family, offer their condolences to Bill’s wife Mary, and children Michael, Anne-Maree and Darren and the entire family at this very sad time. 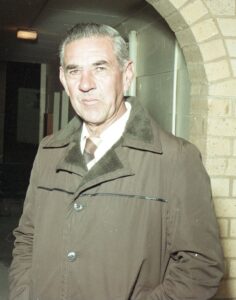