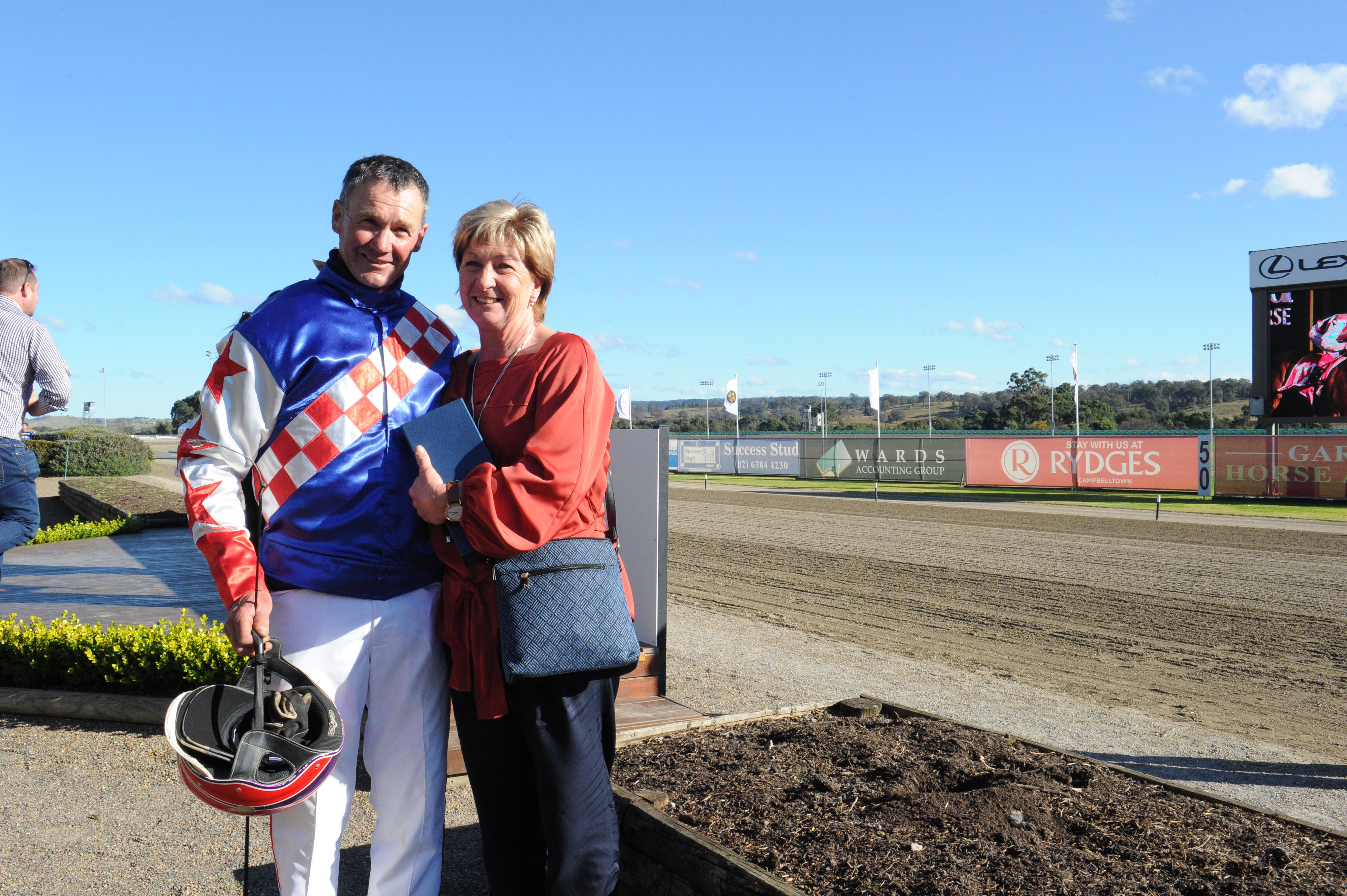 READY FOR A BUSY NIGHT ON THEIR HOME TRACK: Bernie and Cath Hewitt.

Bernie Hewitt4 Kashed Up1
LEADING Bathurst trainer Bernie Hewitt is hoping the fortnight ahead will be busy for him as the New South Wales Breeders Challenge moves into...

LEADING Bathurst trainer Bernie Hewitt is hoping the fortnight ahead will be busy for him as the New South Wales Breeders Challenge moves into finals mode.

Hewitt has qualified two horses for this Saturday night’s two-year-old semi-finals at Tabcorp Park Menangle but before that he will head to Bathurst tonight in a quest to qualify some of his three-year-olds for their semi-finals the following week.

“It is going to be a busy night for our team tonight as we have 14 horses competing and 11 of them are in the heats of the Breeders Challenge,” said Hewitt.

“It is extremely difficult having to prepare this many horses in a limited number of heats.

“I cannot separate them so then I have to make the difficult decision on which ones I will drive.

“One thing I will say though is that even if  I am not driving them myself, they are all spot-on and ready to do their best.”

Bernie will drive five of his pacers tonight, while his son Jason is aboard four of them.

“The best of my drives is Kashed Up,” he said.

“He has returned home from Queensland where he was racing in great form for my daughter Gemma.

“He has been home here with me for two weeks and I cannot fault his work.

“Even then he was not disgraced against top horses.

“Tonight’s race is a little bit tricky though as it is a small field and tactics will be crucial.

“Hopefully, he gets through to the semi-finals and can progress onto the final.”

Hewitt also has a high opinion of Winona Writer, a filly that he predicts has a bright future.

“She is unbeaten in four starts and has just kept getting better,” he said.

“The only thing I am worried about is that she lacks experience compared to those she is up against.”

Nathan Turnbull has been stranded on 499 career wins for a few weeks now but does get his chance to reach the 500-win milestone in Race 1 when he partners honest gelding Key Defender, who returns to Bathurst after performing well at Parkes during the past month.