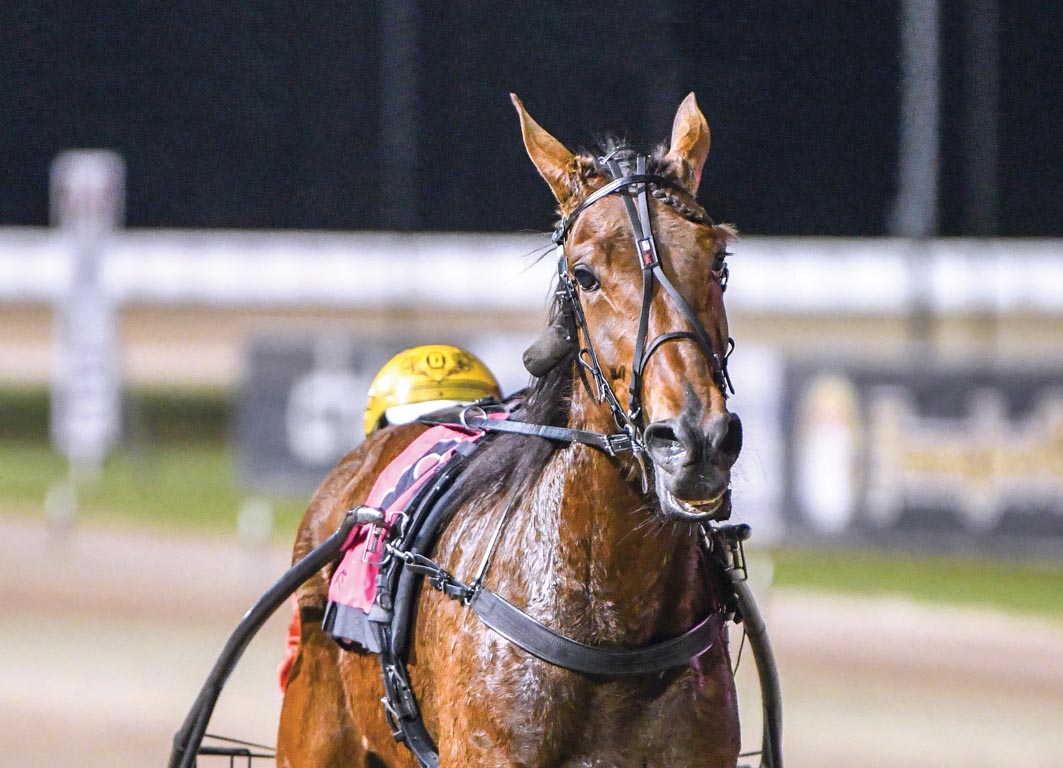 GIVEN it is never a good idea to break a winning combination, champion horseman Luke McCarthy will have to keep watching Aldebaran Revani from...

GIVEN it is never a good idea to break a winning combination, champion horseman Luke McCarthy will have to keep watching Aldebaran Revani from the stands.

Beginning her career in the US, where she registered two wins and three placings from 10 starts in 2020, Aldebaran Revani was imported to Australia earlier this year.

Joining the powerful New South Wales stable of McCarthy’s wife, Belinda, Aldebaran Revani was runner-up on debut before winning her next six outings.

Those victories, including at Club Menangleon Saturday night, have been with Jack Callaghan in the sulky.

“Luke will have to wait his turn,” Belinda said.

“Jack’s been driving her a treat and doesn’t plan on handing over the reins.

“Everyone knows you can’t just break up a winning combination without a very good reason!”

Leading throughout from barrier eight, Aldebaran Revani covered the mile in 1:52.7 as Funky Monkey and Indefensible filled the placings

“She hasn’t stopped improving since she got here,” McCarthy said.

“She’s gotten quicker with each run so far, with last night almost four seconds faster than her first win in July.

“She is a very talented trotter, who is still on the way up.

“Everything she has done so far is just raw ability.”

Having made a decision to bypass next month’s Inter Dominion, McCarthy plans to give Aldebaran Revani a short break.

The daughter of Donato Hanover will then be aimed at several majors in the New Year such as the Great Southern Star and New South Wales Trotters’ Mile.

“She is only a three-year-old in American time so we decided not to push her too far by going in the Inter Dominion,” McCarthy said.

“She is a very good miler, so that’s what we’ll be sticking to for the foreseeable future.”