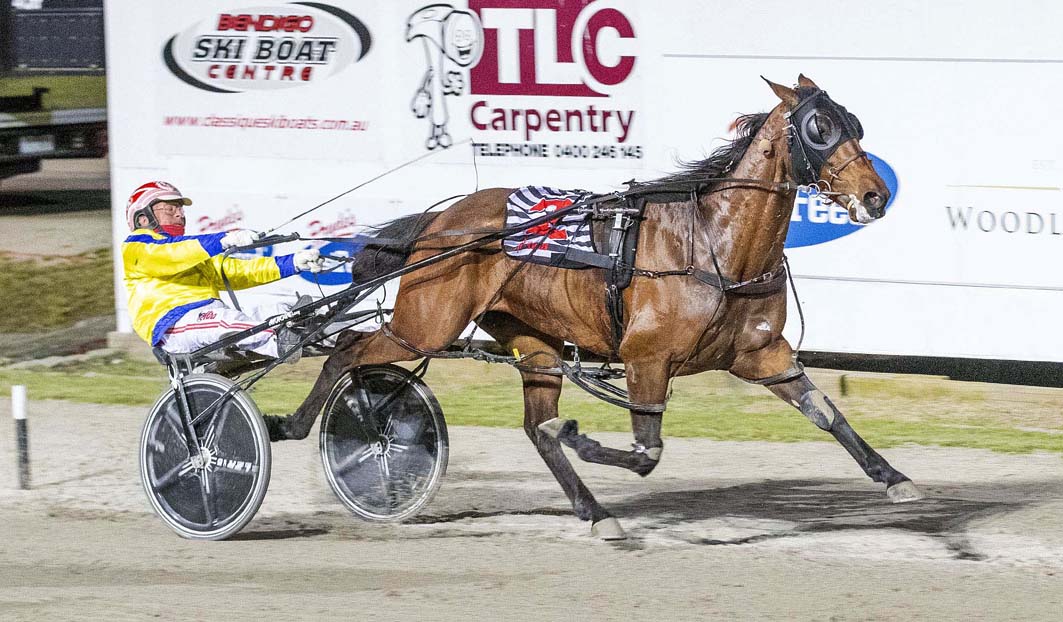 AN UPSET win in Bendigo has enabled David Aiken and Chris Alford to claim their third Victoria Cup in five years! Capturing the 2016...

AN UPSET win in Bendigo has enabled David Aiken and Chris Alford to claim their third Victoria Cup in five years!

Capturing the 2016 edition with Lennytheshark, the pair held the trophy aloft once again when the same pacer scored in 2017.

Two Cups where conducted in 2017, with Lennytheshark winning the second.

While Lennytheshark was favourite on both occasions, Max Delight was among the outsiders in tonight’s Grand Circuit event.

“It’s nice to get another win in such a prestigious race,” Aiken said. “These are the races every owner, trainer and driver dreams of winning.”

Beginning quickly to lead from barrier two, Max Delight was eased to take a trail behind equal favourite, Amazing Dream.

Angled into the sprint lane during the latter stages, Max Delight dashed to a three-and-a-half metre win from Triple Eight.

Co-favourite King Of Swing was a half-head away third.

“I almost stuffed it up around the turn when I went to come off the pegs,” Alford said. “But the one behind me wasn’t going that well, so I was able to get back down to the inside.

“Once he got to the sprint lane he really knuckled down and hit the line hard.”

Owned by Michael Maxfield, the son of Bettors Delight took his record to 21 wins and 13 placings from 48 starts for a bankroll of $665,840.

It is Max Delight’s third Group One triumph.

In a successful night for Aiken, he also secured the Cup ‘Consolation’ – Popular Alm Free-For-All – with Reactor Now.