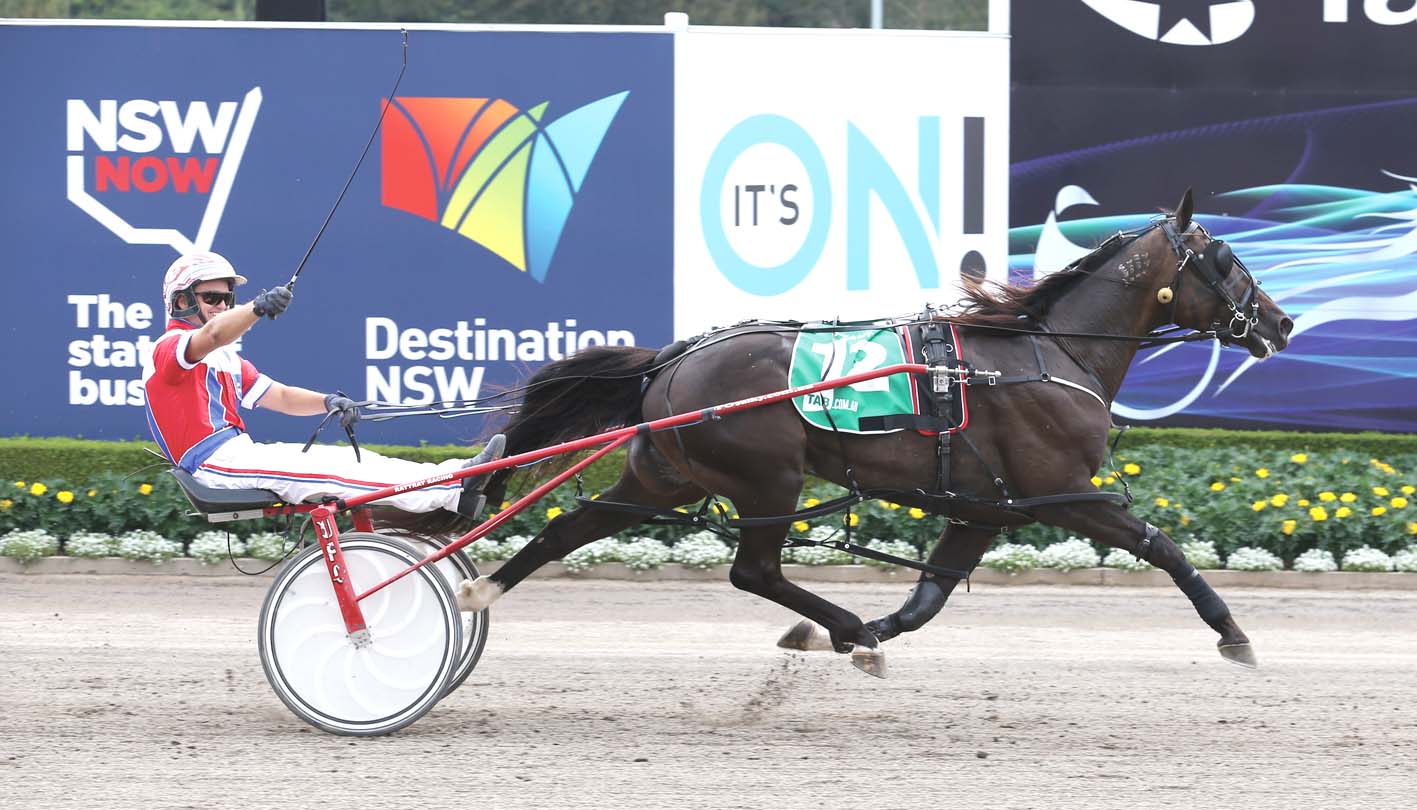 IF YOU have a Tasmanian-bred pacer and harbour dreams of winning the Inter Dominion, the best option is to move interstate or send your star to the mainland!

That’s not a personal opinion, simply an observation from the Championship’s honour roll.

None were trained on the Apple Isle at the time of their victories.

There are some who believe a seventh name belongs on the list – Logan Derby.

In fact, Harness Racing Australia became ‘woke’ before it was trendy when it changed history by erasing the declared winner and replacing it with Logan Derby.

Although the stallion was undefeated during the three heats and Final, Evicus was announced the inaugural winner on points in 1936.

Runner-up in the Final, Evicus never won a race during the series, but nonethless, she amassed more points from her 24-yard handicap than Logan Derby did from the front line.

It was Evicus’ owners who took home the trophy!

The Inter Dominion honour roll long listed Evicus as the winner, but HRA changed it to read Logan Derby a few years ago.

As for the most recent Tasbred to secure harness racing ‘Holy Grail’, Beautide added his name alongside the immortals by proving too good in Menangle in 2014.

As was the case the previous year, the New South Wales Harness Racing Club staged heats across Australasia on the same night – February 15.

In the west, Im Victorious – trained by Olympic gold medal hockey player Michael Brennan – continued his rise to the top with a 1:57.6 win over 2536 metres as Livingontheinterest and Our Major Mark filled the placings.

Runner-up in the 2013 Victoria heat, Keayang Cullen went one better when he scored from Restrepo and Wartime Sweetheart.

Forever Gold became the only mare to gain a berth in the $750,000 Final when she upstaged the ‘boys’ in the Queensland heat.

Trained and driven by Darren Weeks, the daughter of Famous Forever rated 1:55.9 over 2138 metres.

Seel N Print rated 1:57.3 over 2400 metre, which was a tenth of a second quicker than Mach Beauty in the following heat.

On the other side of the Tasman, as he did the previous year, Terror To Love proved too good, this time rated 2:02.7 over 2200 metres.

Along with the various winners, heat placegetters and a pair of ‘wildcards’ were granted entry into the Group One at Club Menangle on March 2.

With trainer James Rattray holding the reins, Beautide was given time to settle into his stride before being sent forward to test the leader, Smolda, from the ‘death seat’.

Bullocking his way to the front along the home straight, the son of Bettors Delight completed a powerful five-and-a-half metre win in a world record 1:55.5 over 3009 metres.

In doing so, Beautide notched the rare feat of winning the industry’s premier sprint – the Miracle Mile – and pinnacle event in the same season.

Away from Beautide’s moment of glory in beating Seel N Print and For A Reason, the race was marred by an incident which ended Im Victorious’ career.

The gelding was severely checked by Lauren Tritton behind Mach Beauty resulting in life-threateneing injuries.

Tritton was suspended for eight weeks.

It was six months before Im Victorious was healthy enough to return to Western Australia.

Despite their heartbreak, the Brennans turned the tragedy into a triumph.

The couple utilised the long float trip home to raise funds for 4Tracks4Kids, which assists with childhood illnesses and was instigated by Tom Berry, brother of the late jockey Nathan Berry.

Comeback reinsman lucky to be alive
Here’s a ‘rogue’ with the talent...
One win away from history
Max delights with another Group One win
About author