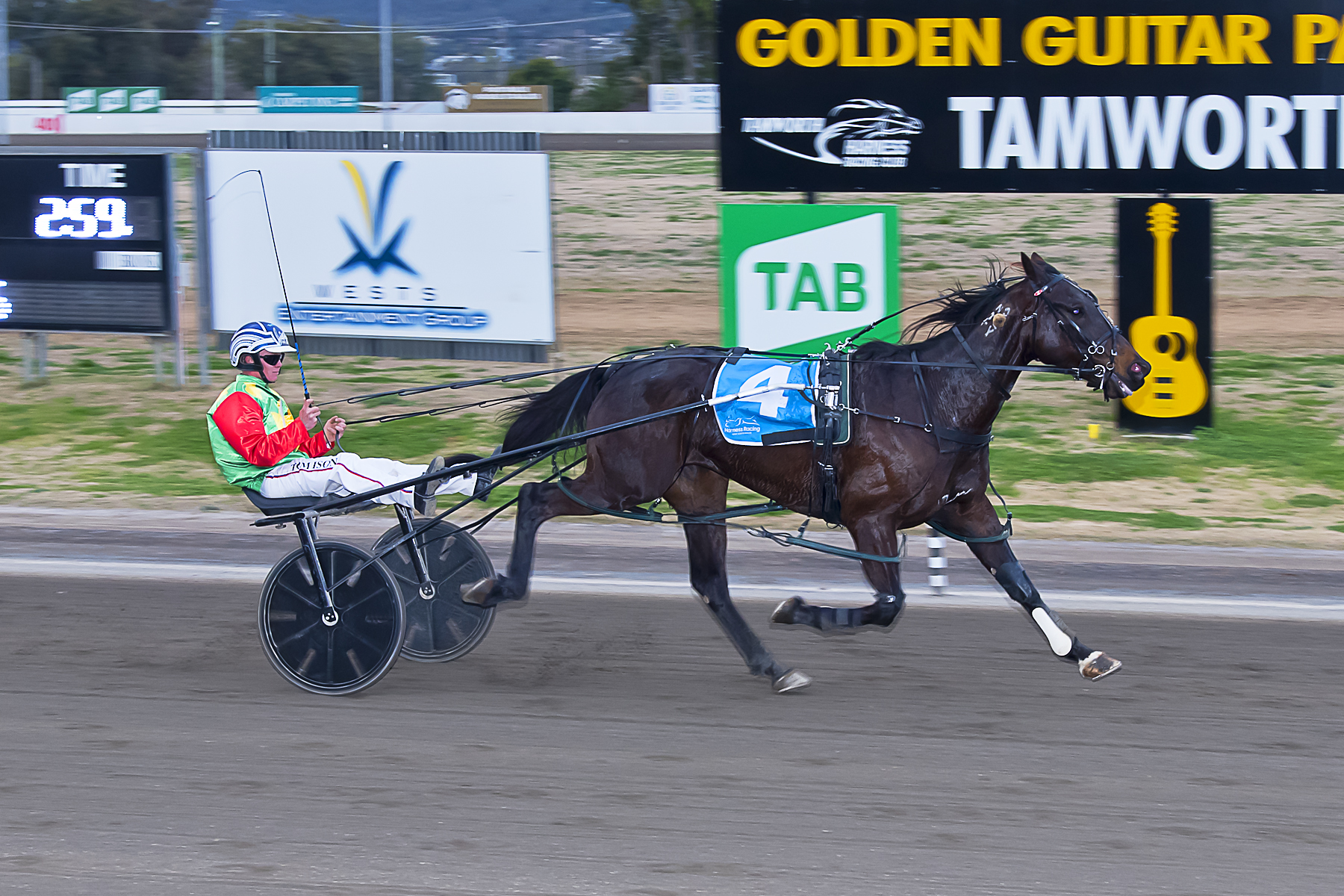 Arden Messi1 Tom Ison9
THE Inter Dominion produces so many dreams and aspirations and for Tamworth reinsman Tom Ison one telephone call produced a great opportunity to contest...

THE Inter Dominion produces so many dreams and aspirations and for Tamworth reinsman Tom Ison one telephone call produced a great opportunity to contest the 2021 running of the Inter Dominion.

“When the phone rang, I thought “what does Kevin Pizzuto want from me?” said Ison.

Sydney trainer Kevin Pizzuto, already an Inter Dominion winning trainer in 2018 with Tiger Tara, asked Ison to drive his pacer Arden Messi, who was listed as first emergency before gaining a run in the opening heat of the series.

“One of Kev’s horses was a first emergency and with the scratching he gained a run,” said Ison.

“Kev called; I accepted, simple as that.”

The boy from the bush was heading to town!

Ison had previously had just one drive for the Pizzuto stables and had accepted the reins behind Arden Messi, sight unseen.

“I drove a three-year-old for Kevin at Newcastle one night but that is the only drive that I have had for him and that was probably 12 months ago,” he said.

Tom Ison only knew about Arden Messi from what he had read in the form guide.

“Kev said to me before the race this is the horse and this is our game plan, so let’s see how it plays out,” said Ison.

Arden Messi, a Bettors Delight-Tosca Hanover gelding, has been in the Pizzuto stables for just over a year after crossing the ditch from New Zealand, with career statistics showing 32 race starts for eight wins and 13 placings and just over $90,000 prizemoney.

As a 100/1 shot gaining a run in the opening heat, Arden Messi was pitted against $1.25 race favourite King Of Swing from the McCarthy stable, who boasted more than $2 million in prizemoney.

“King of Swing is a nice horse but when we scored-up my horse felt as if he wanted to come out of the gate fast and when King of Swing rolled to the front we went to the inside running.”

Once the field had settled, Ison and Arden Messi raced four back on the inside while King of Swing dominated the lead position.

“When I pulled my horse out, he had a good turn of foot,” said Ison.

Arden Messi finished fourth to King Of Swing after being held up over the last 150 metres.

King of Swing, recorded a mile rate of 1.53.9 for 2400 metres in taking out the opening heat of the TAB Inter Dominion Pacing Championships with a winning margin of four metres over Majestic Cruiser (Cameron Hart) with Boncel Benjamin (Jack Trainor) a half head away third.

Ison head to the second round of heats at Bathurst retaining the drive behind Arden Messi, who’ll come from barrier 10 in the sixth heat.

“I was packing up my gear and Kev said I will see you at Bathurst on Wednesday night.

“Dad and I will leave for Bathurst with plenty of time to spare so we can enjoy a couple of races and relax a bit before our heat then we will be back at Tamworth for the Thursday afternoon meeting.”

“It is the best invite I have had to drive a horse,” said Ison.
“Especially when it is to drive in an Inter Dominion series.

“It is the best way to do it – the horses contest four races over two weeks, different distances, plus they have to travel to Bathurst and Newcastle and then the final is back to Menangle over 3,000 metres.

“I hope to be in that final, for sure.

“If we had won the heat last Saturday night it would have been like a dream.”

Top two ready for another Newcastle duel
Tom’s in for another busy night
It’s another ‘Famous Five’ for I...
Ison on track for another big day
About author