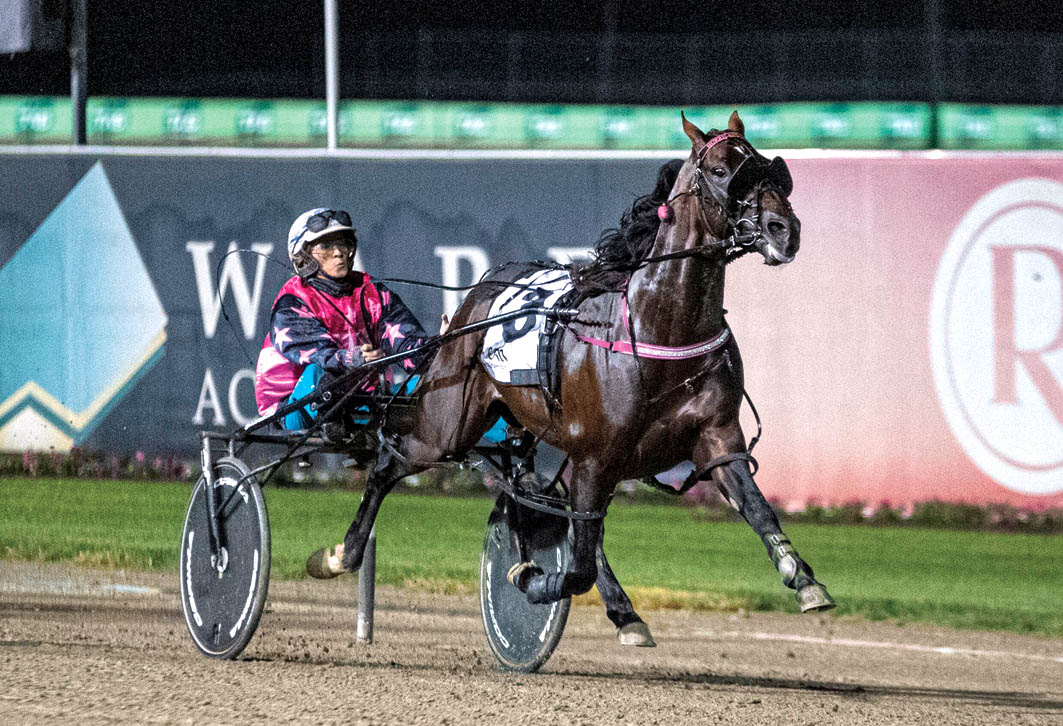 Bragging rights a much sought-after prize

ON THE surface the lion’s share of $200,000 is the main incentive in Saturday night’s Chariots Of Fire at Club Menangle. A little deeper,...

ON THE surface the lion’s share of $200,000 is the main incentive in Saturday night’s Chariots Of Fire at Club Menangle.

A little deeper, bragging rights is a much sought-after prize.

While the stable has four runners in the Group One, three are prepared by Emma Stewart, with the other trained by her partner, Clayton Tonkin.

Stewart will be represented by Demon Delight, Hurricane Harley and Fourbigmen, with Tonkin harnessing up Out To Play.

That’s where bragging rights come into it.

“Hopefully we can come away with the win, but with one of mine not Clayton’s,” Stewart joked. “It will be better if I get the winner.

“Really though, to see one of ours be victorious will be amazing and obviously something we want to deliver for our owners.”

Faring best in the draw, Demon Delight will begin from the pole, which has seen him installed a $5 third favourite with TAB Fixed Odds.

Hurricane Harley is next in line at $10 from barrier seven.

Winner of last weekend’s Paleface Adios Stake, Hurricane Harley slots into six with the scratching of the second emergency.

Hurricane Harley scored from Out To Play and Fourbigmen in 1:50.6.

Out To Play has drawn gate six, with Fourbigmen to come out of eight.

“It’s an outstanding field,” Stewart said. “Each of our four have a good shot with the right run, with Hurricane Harley and Out To Play the two better chances.

“Although he’s drawn the widest, Self Assured is still the one to beat for Mark (Purdon) and Natalaie (Rasmussen).”

To be driven by Purdon, Self Assured is a $2.80 favourite, with Lochinvar Art at $3 from barrier five.

Hewitt chasing a TPM double
ELDER KNOWS HOW TO FIND A WINNER
Stablemates the pair to beat in Cup
A young man who has found his ‘calling’...
About author