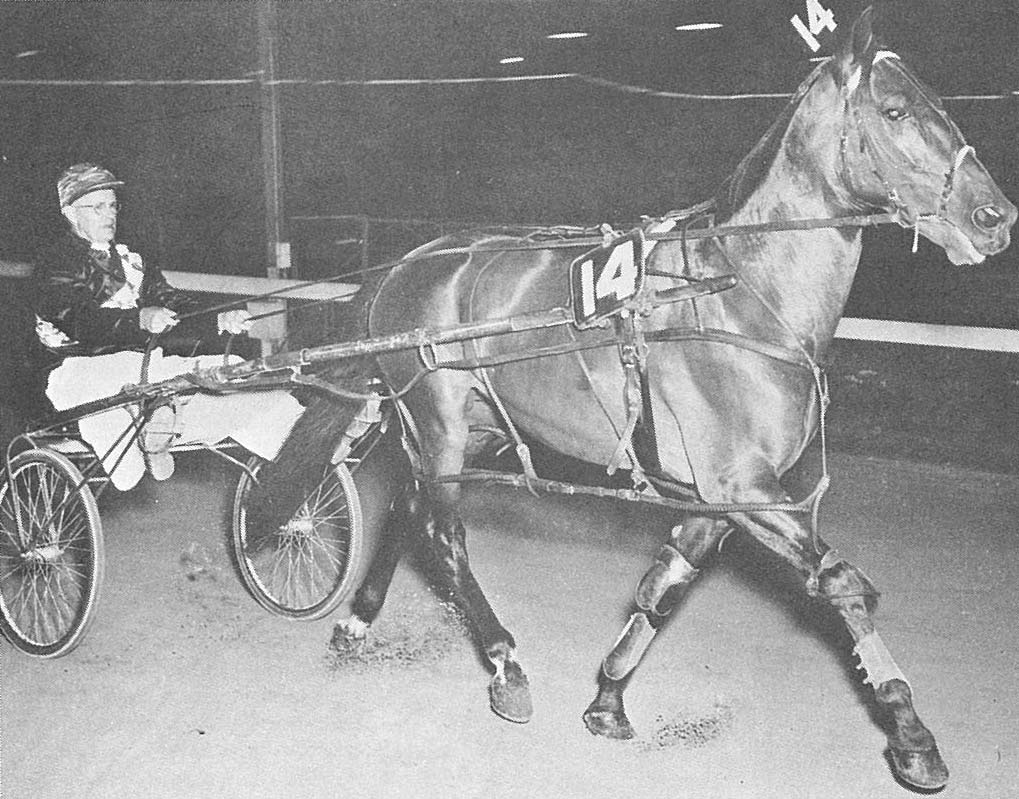 Bribes, stoushes and controversy – this Inter had it all!

THE 1960 Inter Dominion had everything – shocks, surprises and controversy – which veterans will tell you, was part and parcel during the “halcyon days” of trotting.

Caduceus, contesting a record fifth Inter Dominion series, finally broke through to claim his first title with a tremendous performance on Final night.

It could very well have turned sour for Caduceus and his supporters, however, with driver Jack Litten visited by an unknown gentleman offering him a substantial amount of money to “pull” Caduceus in the Final.

“The night before the Final I was visited in my hotel room by a man who described himself as ‘from the association’,” Litten was quoted as saying some 11 years after the momentous win.

“He said ‘I am here purely on business and it is worth the stake to you to get beaten with Caduceus in the Final.”

Litten said he was not interested in doing business.

The visitor simply replied “thank you” and left. Litten’s wife, Iris, backed up the story as she was in another room in their hotel with the door ajar.

Iris had overheard the conversation, however, the visitor was not aware of her presence in the room.

There were 70 final acceptors, but handicapper Jack Marx eliminated 29, leaving a total of 41.

In a sensation, 1956 Inter Dominion winner Gentleman John and multiple Derby winner Blue were those eliminated, Marx believing their form at the time didn’t warrant a start.

Sibelia, runner-up in the Adelaide Inter two years earlier, was scratched from the series after pulling up lame in her final lead-up.

A crowd of 27,119 gathered at Harold Park for the opening night of heats, which were contested over the 11 and three-quarter furlongs.

Apmat, off 12yards, gave an indication he meant business with a stunning win after dragging a flat tyre to score in 2:04.6 – two-tenths outside Uncle Joe’s winning rate record.

Guiseppe, which led, was second with Caduceus getting out of a pocket late to finish third after beginning off a 36-yard handicap.

His time of 2:03.4 was the fastest in Harold Park history!

It was a good night for the locals, with Bathurst-based First Kiss, for Joe Turnbull, winning a heat as well as Fettle.

Avoiding a scrimmage early, Fettle came from sixth at the bell to take the lead at the quarter, before the Kiwi pair of False Step and Scottish Command.

False Step took time honours for the night, however, when coming off 36 yards and rating 2:02.6.

Caduceus and Apmat were again all the talk, winning their respective heats in fine style.

Caduceus, cheered by the crowd both during the preliminary and after he won his race easily, rated 2:06 for the 15 furlong-92yard heat.

Scottish Command, which once again struck trouble in the run before enduring a torrid trip, was last to Caduceus, with Meadowlands (Perc Hall) and Lady Belmer (Jack Watts) filling the minors.

Apmat showed his staying prowess in his heat, with Bert Alley bringing him from his 12-yard mark to find the front a lap out before defeating Maestro’s Melody and Guiseppe.

Kiwi Dillon, a heat winner in the 1958 Inter and also a Consolation winner in ’59, rounded out the heat winners.

Kiwi Dillon came with a sweeping run to defeat glamour pacer Fettle, which was luckless, with Yonkers third.

False Step, recovering brilliantly after missing the start from his 36 yards, was fourth and easily the fastest individual mile rate of the night at 2:06.4.

It was a night of upsets with all the favourites going down.

A crowd of 28,553 saw Brilliant Moon, a shock selection in the series, lead for a good portion of the trip to defeat Kiwi Dillon, which appeared to have every chance.

First Kiss was third with False Step, again on his worst behaviour, grabbing fourth in a ‘Herculean’ performance.

Maestro’s Melody, for Frank Shinn, was back on the rails before moving up wide and then fighting on to defeat pacemaker by Rosslawn, winning by a long neck.

Close up was Fettle, while Caduceus was fifth but registered the fastest rate of 2:07.6.

“That’s the toughest horse alive,” trainer Sid McLean said of Maestro’s Melody, in reference to the horse cutting his tendon on night two and still competing.

Guiseppe defeated favourite Apmat by leading throughout in the second heat, taking his record to an impressive 10 wins and seven placings from 22 starts.

Kevejay narrowly missed out on making the Final, however, there were protests from those in South Australia claiming Alley had broken the rules in the final heat by dropping his foot from the stirrup.

This would have constituted a disqualification, promoting Kevejay to second and giving him enough points to make the Final.

The arguments amounted to nothing, however.

Meanwhile, Cec Devine was hurriedly trying to correct False Step’s terrible manners, and switched him to Frank Culbert’s stables at Glebe, close to the racetrack.

Caduceus’ owners weren’t in such a predicament, however, and didn’t want Litten to work their horse too hard in the lead-up to the big one, claiming his legs wouldn’t stand up to the hard Harold Park surface.

Litten had designed special shoes on Caduceus to prepare for the Final while also taking him to Warwick Farm for his last serious workout.

Guiseppe was withdrawn from the race due to a shoulder problem, with Caduceus starting favourite at 3/1.

A mammoth 50,346 packed the Harold Park circuit and saw the front markers all tangle badly while Alf Phillis, driving Rosslawn, got his charge away safely to set the pace.

Rosslawn’s first furlong and 98 yards was timed in a record 24 seconds!

Starting off 36 yards, Caduceus was trailing Apmat after beginning brilliantly, with the pair sitting just off the leaders.

It was then the now-legendary stoush between Alley and Litten began!

Caduceus was pulled wide with two laps remaining, forcing Alley to come out underneath him and pushing the pair five-wide, before Litten restrained.

Up front a lap out, Rosslawn was being pressured by Fettle, which was doing it tough outside the leader, with Maestro’s Melody just behind and Apmat and Caduceus close up.

A fall coming out of the straight disrupted the race, with Tom Hill thrown from the sulky behind Brilliant Moon, with Meadowlands, Kiwi Dillon, First Kiss and False Step, the latter doing a tremendous job to make up for blowing the start again, also involved.

Fettle got the better of Rosslawn past the ‘Ledger’, but was soon challenged by Caduceus, and although fighting back, was beaten on the turn.

Litten had moved forward to issue his challenge, forcing Alley to check Apmat and then bring him wide – it was the move that won Caduceus the race.

Although finishing brilliantly, Apmat was beaten a half-length, with Maestro’s Melody third.

With Litten saluting the cheering crowd with his cap, the cheers turned to boos with the news Alley was protesting.

Just six minutes later, the all clear was given.

“I don’t want to say anything to you blokes, you wouldn’t be game enough to print the truth,” Alley said to the pressmen after the protest was dismissed.

The 11,550 pounds first prizemoney took Caduceus’ earnings to 68,204/10/, making him the second richest racehorse, including thoroughbreds, in Australasia.

This put him just ahead of Tulloch but narrowly behind Kiwi galloper, Redcraze.

The winning time for the 13-furlong 98-yard was 3:30.6 – just six-tenths of a second outside his record set a month earlier.