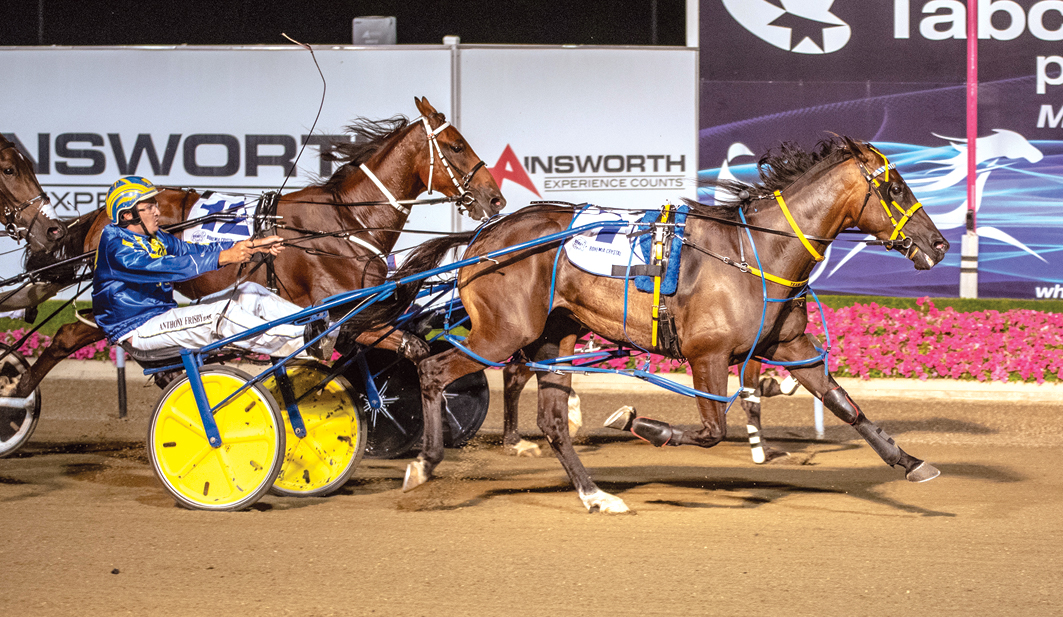 IT IS probably an understatement to say Chris Frisby is happy with his draws for Saturday night’s Club Menangle meeting. Having just phoned the...

IT IS probably an understatement to say Chris Frisby is happy with his draws for Saturday night’s Club Menangle meeting.

Having just phoned the astute horseman to discuss his prospects, the early part of the conversation went like this “Hi Paul, how are you…bet you’re not as good as me!

“I just drew one twice in the Inter Dominion heats!”

Frisby’s bid for harness racing’s ‘Holy Grail’ begins in the opening qualifier where, as you are aware, Our Uncle Sam will begin from the pole.

Kept fresh since his third at Albion Park five weeks ago, Our Uncle Sam will be aiming to wind the clock back three years.

Regarded as one of the ‘finds’ of the series, Our Uncle Sam finished second behind Tiger Tara in the 2018 Melbourne Inter Dominion.

Since then the son of Sportswriter has won a host of features, but has been below his best this season.

“Earlier in the year he wasn’t putting in and I also had a lot of trouble with feet,” Frisby said. “Even in Queensland he wasn’t at his best.

“I think I’ve found the problem and the way he feels at the moment it is the happiest I’ve been with him for two years.

“Even his heart rate went from about 90 back down to 70 where he normally is.

“I’d love to think he can wind the clock back a little.

“He’s got a top draw, but he’s also up against series favourite in King Of Swing, which doesn’t help.”

Stepping up in class, Aphorism will “need luck” as an outsider in the middle of three heats.

“He went really well last start,” Frisby said. “This is another step up for him, but he has the draw to earn some valuable points.”