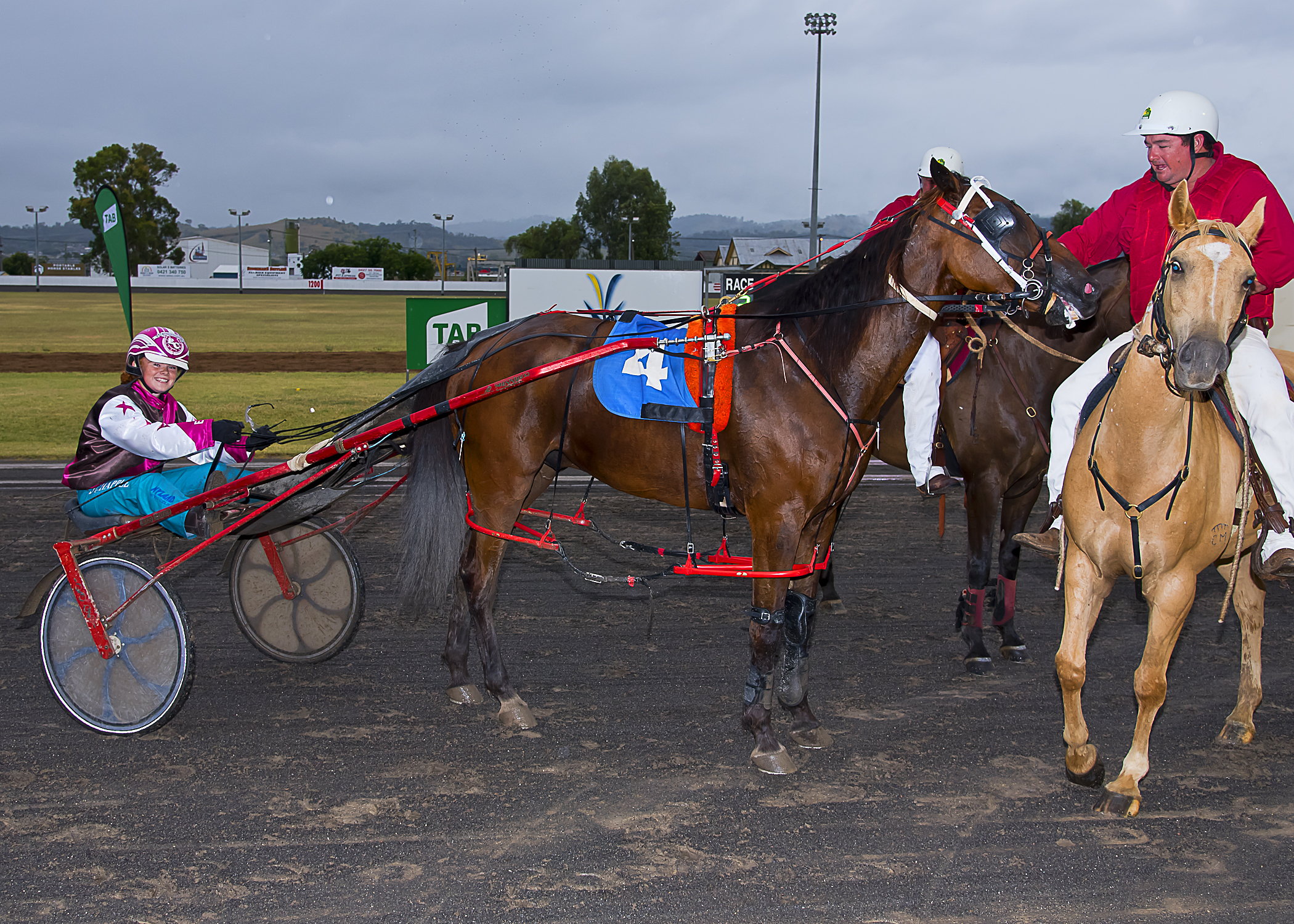 Dont Tell Dorothy1 Elly Chapple3
ELLY Chapple bagged her first win as a trainer when Don’t Tell Dorothy took out the PKF Wealth Pace in Tamworth tonight. It has...

ELLY Chapple bagged her first win as a trainer when Don’t Tell Dorothy took out the PKF Wealth Pace in Tamworth tonight.

It has been an achievement the 18-year-old has searched for since obtaining her trainers licence with Harness Racing NSW in November last year with the added bonus of also handling the reins in the 1980 metre event.

“It is something I have been trying to achieve for a while and finally got it’,” grinned Chapple.

“It was a tough run in the muddy conditions but the horse has been racing super consistent so I couldn’t ask for anything better.”

Added to both the training and driving success Chapple was the first reinswoman to drive a winner as part of the Team Teal Campaign at Tamworth.

February is touted as the month where female drivers don teal pants and for each win $400 is donated to the “Team Teal Campaign”, which raises funds for research into ovarian cancer.

“I love this time of the year and to be the first Team Teal winner at Tamworth made the win even better,” said Chapple.

“It is a great initiative and good to get some money to go towards the research.”

Don’t Tell Dorothy began from the four barrier and joined race favourite and leader Mammals Destiny (Blake Hughes) not long after the start.

“I sat outside the leader for a lap and when I kicked up a bit Mammals Destiny did as well so I made the mid-race move and went to the lead,” said Chapple.

“The horse is pretty versatile; he can run from anywhere in the field but he does like the front.

“Now that I have got the first winner out of the way that will take a lot of pressure off me and it should all roll forward from here.”

With only two pacers in her stable Elly Chapple was obviously rapt with the success.

Don’t Tell Dorothy has had seven runs under Chapple’s training, producing three second placings before the half neck win over Karaoke Rock (Madi Young) with The Hounddog (Dean Chapple) 4.2 metres away third.

Chapple also liked seeing her father Dean, as her mentor, finishing third in the 1980 metre race, and her mother Julie as the owner of Don’t Tell Dorothy.

“Dad was storming home down the outside with his horse (The Hounddog) but not quick enough to get me,” joked Chapple.

“I know I was yelling down the home straight but it was good to hear the crowd yelling as well – it was great to hear their support down on the track,” said Chapple.

Welcome to ‘The Big M’, Elly!
Youngster bounces back from horror fall
About author