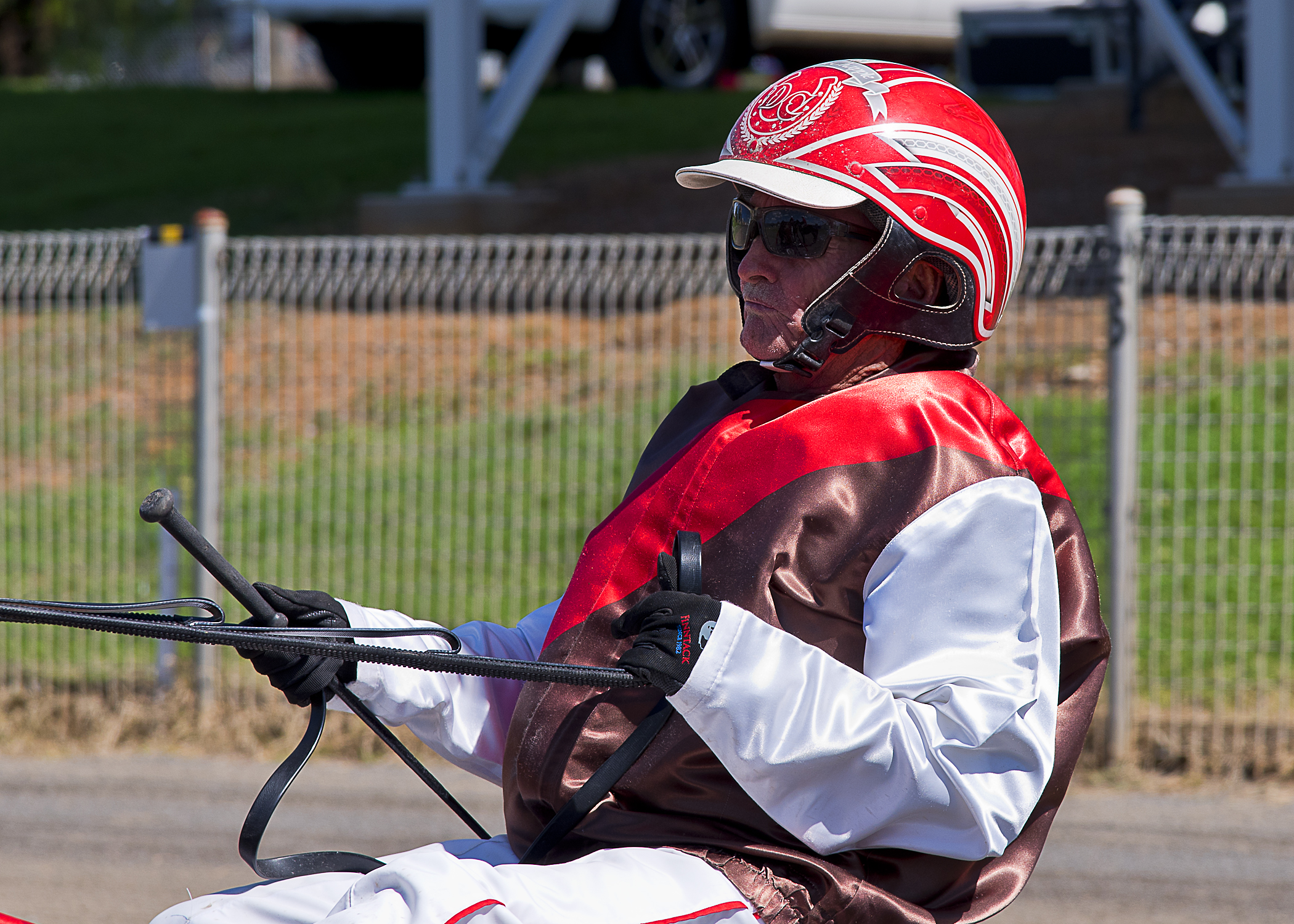 Dean Chapple7
A DREAM is about to turn into reality for Moonbi trainer Dean Chapple when he competes at the Broken Hill Carnival of Cups meeting...

A DREAM is about to turn into reality for Moonbi trainer Dean Chapple when he competes at the Broken Hill Carnival of Cups meeting tomorrow (Friday) night.

“It is something I have always wanted to do,” said Chapple who has three runners engaged at the meeting.

Right On With It has drawn the nine barrier in the $16,000 Rocky Baker Memorial Pacing Cup over 2,500 metres.

Chapple had his planned stopover at the mining town of Cobar on Wednesday night when The National Trotguide caught up with him.

“Everything is going well. It took us six hours and we pulled up at Gilgandra and gave the horses a break,” said Chapple.

“We copped rain all the way out, which I didn’t mind as the horses weren’t travelling in the heat.”

Taking in the hospitality of Cobar, Chapple was looking at an early rise to complete the trip.

“I have a friend who works in the mines out here (Cobar) and he has organised the motel and the stables for us,” he said.

“We only have four and a half hours left after that and we are in Broken Hill.”

The trip is not a novelty – it has been in the ‘pipeline’ for a while.

“My brother Guy was coming out and then he had to pull out to have an operation and Aaron Goadsby was coming as well and he pulled out so it is now left to me and Dave,” said Chapple.

Leaving wife Julie with children Elly and Jack back home at Moonbi, just outside of Tamworth, to look after the remaining 13 other horses in the stable Chapple is set to complete his mission with Tamworth resident and part owner of one the horses, Dave Walters.

Walters is part owner of Nor Westa, along with Mick McIlroy of Tamworth.

“I’m over the moon,” said Chapple.

“So far so good but the draws haven’t been good to me at all but we look like we are following horses that will go forward.

“Right On With It has been in every cat and dog fight lately – he was in the Gold Nugget, the Dash race at Tamworth back in January.”

With a small committee and a handful of committed harness enthusiasts, the Broken Hill meetings always present a good night of racing and with the smaller track having a circumference of 602 metres and the home straight having a length of 84 metres Chapple is not fazed.

“I know it is a small track compared to what we are used to but I grew up racing on the old Newcastle track and the Maitland track and I have done plenty of show racing so it’s not new to me,” said Chapple.

Besides being on the “bucket list” Chapple is also looking to do a little family history on the way.

“My sister Linda got married at Wilcannia and lived out here for years,” said Chapple.

“She has moved now but I will be taking some pictures to send back to her, for sure.

“This is something that I have always wanted to do.

“It might turn out to be the biggest regret of my life but we are going to have some fun along the way.

“The next on the “bucket list” will be the Canola Cup later in the year.

“Dave really took it all on board and booked us into a motel a couple of weeks back – I can’t believe it has become real – it is something I have wanted to do .”

Chapple gives the locals a reason to cheer
This Guy’s ready to bounce back a winner
Knocking on the door of 700 wins
Nice pair of ‘bookends’ for Tamworth a...
About author