Is she the best since Gramel?

IT’S the kind of comparison which will have the late Bob Cain throwing lightning strikes at me. Guardian of all things old, Cain simply...

IT’S the kind of comparison which will have the late Bob Cain throwing lightning strikes at me.

Guardian of all things old, Cain simply would not have it that a modern day competitor could be as good as Cardigan Bay, Caduceus, Hondo Grattan, Popular Alm and so on! 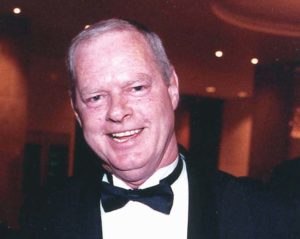 The latter is something media man Adam Hamilton will recall.

Aged horseman Ross Sugars can struggle with such comparisons despite records of the current subject measuring up well against the champion from the halcyon days.

Nonetheless, caution is being thrown to the wind…Is Kitsilano the best trotting mare to come out of South Australia since Gramel?

Worse still – dare it be said – Is Kitsilano the best trotting mare to come out of South Australia?

“No way! He’s lost the plot…got to be kidding” are no doubt racing through the minds of those who simply can’t face the prospect.

A comparison of their records, however, puts Kitsilano well in front. 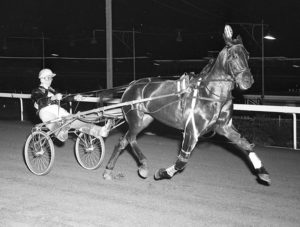 Halfway through her four-year-old season, Kitsilano’s tally sits on 14 wins and five placings from 25 starts.

By the end of her four-year-old campaign Gramel had 17 starts for eight wins and four placings.

At five Gramel made an effortless transition to the top, winning such prestigious races as the V L Dullard Cup which was Australia’s richest trotting handicap, the inaugural Australasian Trotters’ Championship which was raced in conjunction with the 1964 Melbourne Inter Dominion, and the first E B Cochran Trotters’ Cup at the Melbourne Showgrounds.

Whether Kitsilano can complete a similar journey to the highest level remains to be seen, but the trotter certainly gives the impression is she capable of reaching such dizzy heights.

Kitsilano will take another step along her journey at Globe Derby tonight when she fittingly contests the Gramel Cup.

Sponsored by Aldebaran Park, the feature offers a $2000 service voucher to leading trotting sire Skyvalley or Aldebaran Eagle on top of the prizemoney.

While he has loads of confidence in Kitsilano’s ability, trainer Greg Rogers was far from willing to make any comparison with Gramel or predictions of grandeur. 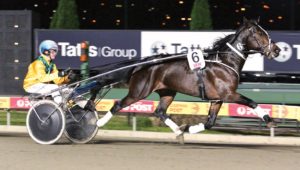 “I’m not getting dragged into that one,” Rogers said. “Kitsilano is a lovely mare, but is only a four-year-old and has a long way to go.

“We like to think she will be better again as a five and even six-year-old, but time will tell.

“All I’m worried about at the moment is getting through tonight.

“It’s a descent field and she’ll have to be at her best to win from 20 metres.”

Should Kitsilano perform to expectation Rogers will aim her at next week’s South Australia Trotters’ Cup – a race Gramel won in 1965 by overcoming a 60-yard handicap.

“She will have to be able to beat this field or at least run a very good race to earn a shot at next week’s Cup,” Rogers said.

“We’ll just have to wait and see how she goes.”

Ex-patriot Aussie dominates The Meadowlands
Hoping for some good ‘Fortune’ at Bath...
Horseman chasing sentimental win
Look out fellas – the Queen is back
About author