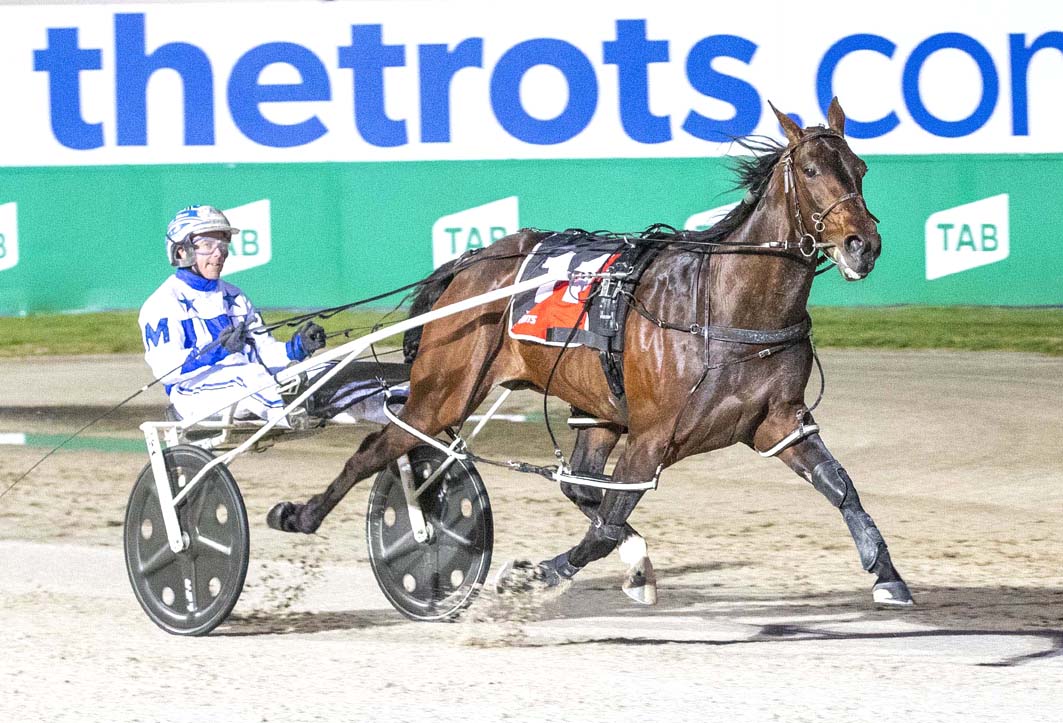 The machinations and ramifications only swelled with this morning’s draw, in which Balraj drew the prized gate one and stablemates Bling It On (three), Alta Orlando (five), Cash N Flow (six) and King Of Swing (seven) crowded the front row.

They are separated by Terang warrior Code Bailey in two and Lochinvar Art in four, while sit-and-sprint speed machine Code Black looms dangerously inside the back row, a draw which saw him shorten in the market to $7.50.

David Moran, trainer-driver of $2.50 favourite Lochinvar Art, joined the barrier draw coverage and said it was “just a great race to be in”.

“The draw is probably worked in our favour to a degree, but there are some very nice horses drawn inside us,” Moran said. “We’ll have to give it our best crack.”

As mentioned, Club Menangle flyers Balraj, Cash N Flow and King Of Swing book-end the front row and are likely to bring the heat early.

“Cash N Flow, we know, can burn the gate very very quick, there’s a lot of speed there,” Moran said.

“You’ve got Alta Orlando drawn right to (my) outside, you think you can probably hold him being drawn right next to him.

“Cash N Flow one-out makes it a bit trickier again and obviously you’ve got King Of Swing in seven.

“The biggest thing at the start is just to make sure they don’t get across you and get that advantage on you.

“If they can’t you’ve still got to look to your inside: Code Bailey gets out good, Balraj gets out good. It’s definitely not easy.

“We’ve never really had to use (his gate speed) 100 per cent down here, it’s just the way the races have panned out, we haven’t had to really burn.

“He can get out very good if you want him too.”

After five starts this campaign, which have produced three wins and two placings, Lochinvar Art is in prime condition according to Moran.

“He came through the last run really well, probably the best he’s ever come through. And his work since then has been good,” Moan said.

“We’ve adjusted a few little things and got him to where we think he’s 100 per cent, so there will be no excuses come this week.

“The best horse will be there and we’ll give it a go.”