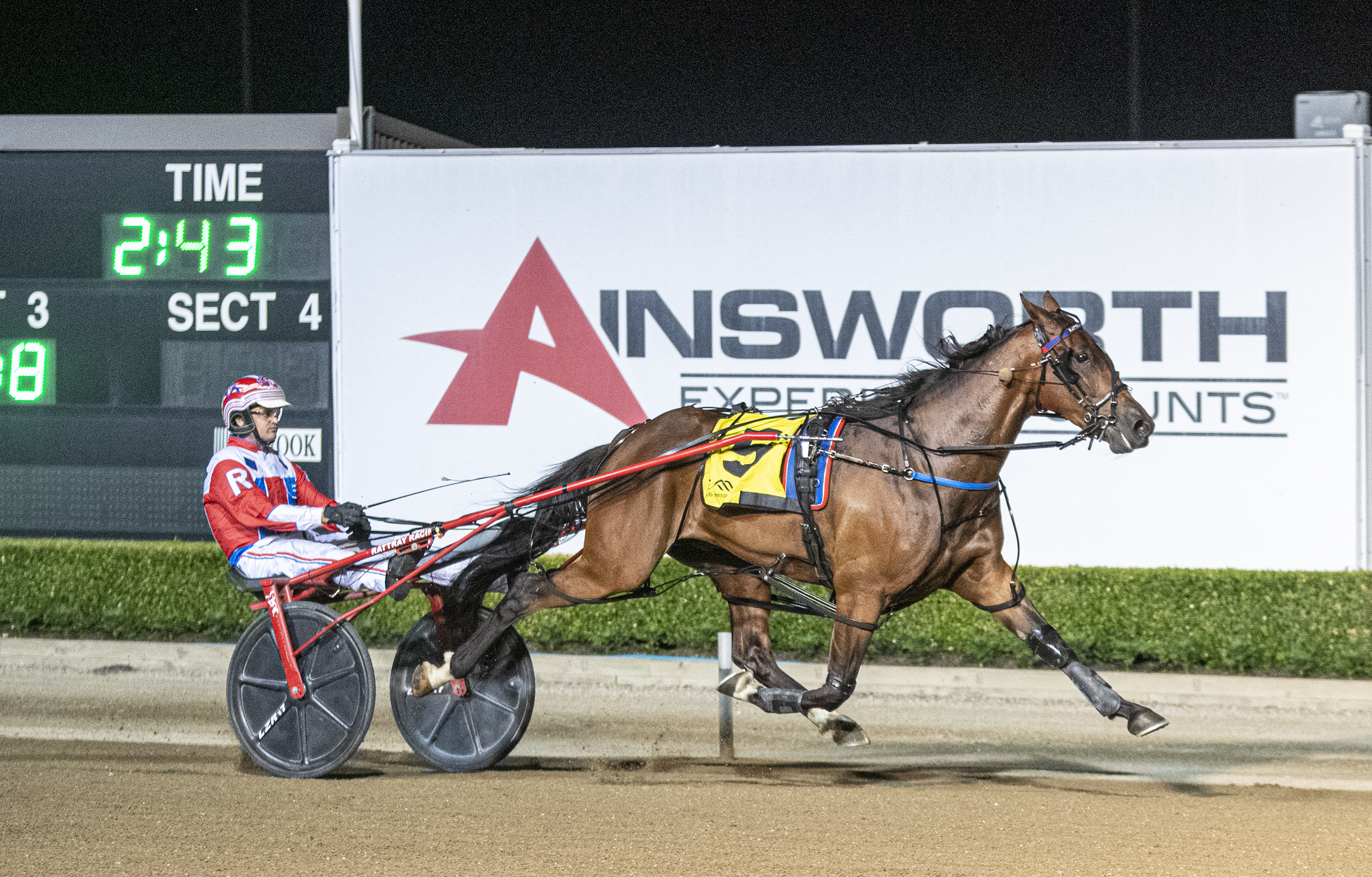 Ignatius3
A DECISION on whether or not to chase the $500,000 A. G. Hunter Cup will be made after the next starts for Ignatius and...

A DECISION on whether or not to chase the $500,000 A. G. Hunter Cup will be made after the next starts for Ignatius and Harjeet.

Both horses have had an interrupted preparation due to the New South Wales fires.

Trainer James Rattray admits he may instead keep both horses in New South Wales and target Menangle’s upcoming carnival.

Ignatius was back in the winners’ list at Menangle lastSaturday night when leading for the majority of the event over 2300m in a mile rate of 1:54.6, dashing home his last two quarters in 26.8 and 27.1 seconds.

“His sectionals were very good on the way home, the way he did it and the way he pulled up I was very happy,” said Rattray about the five-metre victory, which was the first win of the season for the gelded son of Roll With Joe.

Rattray will likely start Ignatius again at Menangle on Saturday week before he and owner Lyrae Rattray make a decision if they head to Victoria’s premier race, the Hunter Cup.

“He will probably race on Saturday week at Menangle, and then we will make a decision on whether we tackle the Hunter Cup at Melton or stay up here in New South Wales for the Carnival of Miracles,” Rattray said.

Another Tasmanian in his care, Harjeet, has been nominated for a race at Goulburn on Sunday, and that performance will also be a strong guide to where he heads next.

The gelded son of Rocknroll Hanover hasn’t been seen since running a brave fifth on December 26 in the Group Two Shirley Turnbull Memorial in Bathurst, beaten just over three-and-a-half metres.

“He was supposed to race last week but the meeting got called off because of the smoke,” Rattray said.

“If he goes well this week, we will still aim him at the Goulburn Cup, but if he happens to go really well, we will look at the Hunter Cup as well.

“The Hunter Cup is over 2760 metres, which will suit him down to the ground.”

It has been an interrupted preparation for both pacers with a number of meetings in New South Wales being abandoned due to the poor air quality from the bushfires across the state, which were within four kilometres of Rattray’s Exeter based stables about 80 kilometres south of the Menangle track.

“It’s been awful with the smoke that has been around and then with the fires a couple of weeks ago we had to evacuate twice so it hasn’t been a great prep for both horses,” Rattray said.

“The first bad night with the fires we had a battle as there were over 30 horses on the property.

“The second bad night I only had 10 horses on the property as I could handle those by myself if I had to clear everything as the other horses had been moved to other locations.”

When will Ignatius pull the trigger?
That was a drive the great ‘J.E.’ woul...
About author