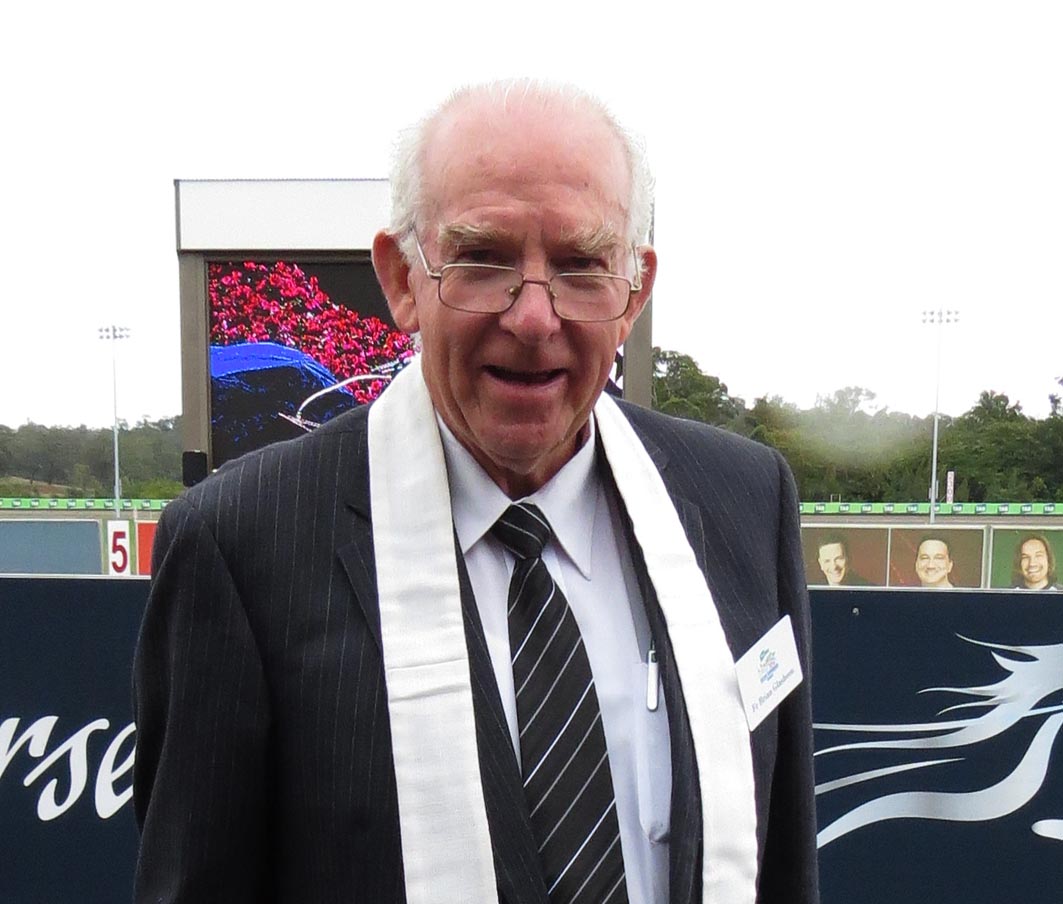 Divine intervention in Group One

DIVINE intervention paved the way for Group One glory in Bendigo last night.

Racing in strong form this campaign, Triple Eight caused an upset by capturing the Caduceus Classic for trainer Jess Tubbs.

Driven by Tubbs’ husband Greg Sugars, the son of American Ideal enjoyed the perfect passage before sprinting to a four-metre win from the favourite, General Dodge.

Thrilled with Triple Eight’s performance, Sugars stated one of the six-year-old’s owners may have helped with the victory.

Triple Eight is part-owned by Father Brian Glasheen, who is best-known as The Pacing Priest!

“I said before the race he was capable of winning but needed the right run,” Sugars said. “As it turned out he got a heavenly run all the way.

“Maybe Father Glasheen had a hand in that tonight.”

To be given a few easy days, Triple Eight will then be targeted at the Kilmore Cup in a fortnight.

Should the gelding perform to expectation he will then be set for the Victoria Cup at Tabcorp Park Melton on October 9.