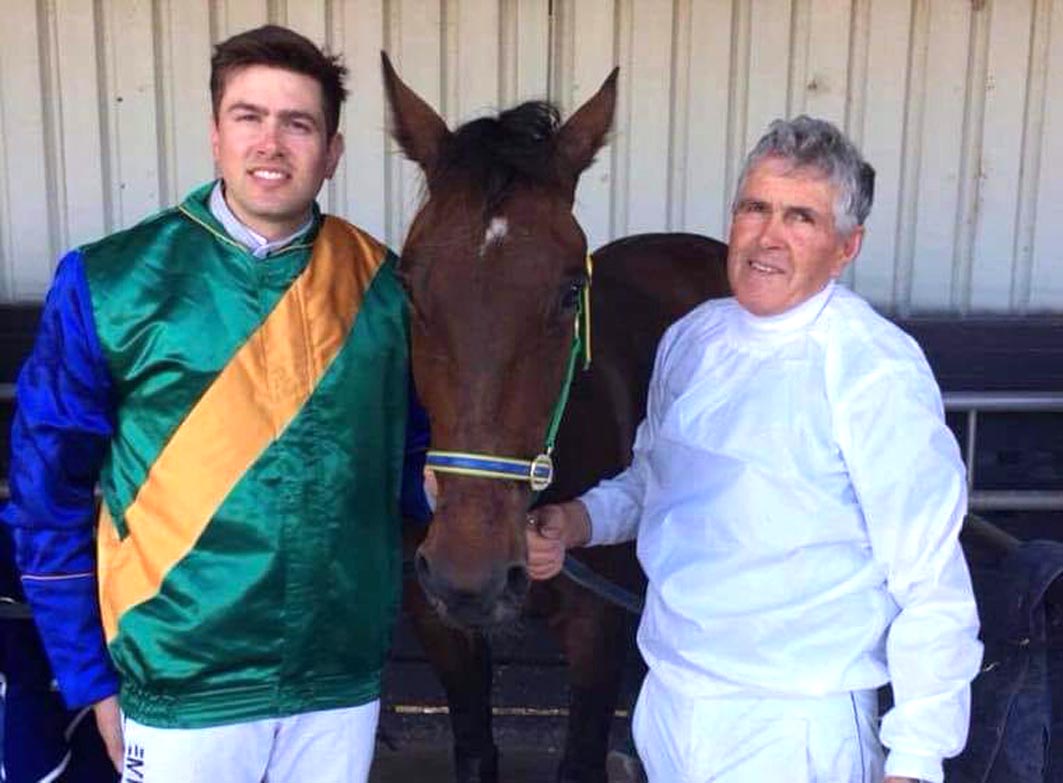 Milestone for father and son combo

FATHER and son duo Richard and Emmett Brosnan registered a personal milestone in Bendigo tonight. Thanks to Maori Law’s success in the Australasian Trotting...

Thanks to Maori Law’s success in the Australasian Trotting Championship, the pair notched their first Group One triumph as a training partnership.

While the elder statesman has previously enjoyed top shelf glory as a trainer, it is Emmett’s initial Group One victory.

“Dad’s won quite a few before, but it’s a first for me,” Emmett said. “It is great to get my first Group One win as a trainer and even better sharing it with Dad.

“Hopefully it is the first of many.”

Driven by Anthony Butt, Maori Law worked to the lead from the pole before being eased to take a trail behind Cover Of Darkness.

Angled into the passing lane during the latter stages, the son of Lawman reclaimed the front before scoring by a half-head from Im Ready Jet.

In a ‘blanket finish’, Majestuoso was a head away third.

“I gave him a good chance before the race, but you’ve got to be respectful of the whole field in a race like that,” Emmett said.

“I was a bit worried the two down the outside had more momentum, but he got there in the end.”

Set to enjoy “a few easy days”, Maori Law will then be readied for the Kilmore Trotters’ Cup in a fortnight.

“I haven’t really given much thought passed tonight, but I’d say Kilmore will be next,” Emmett said. “After that there is the sprint on Victoria Cup night in Melton a couple of weeks later.”