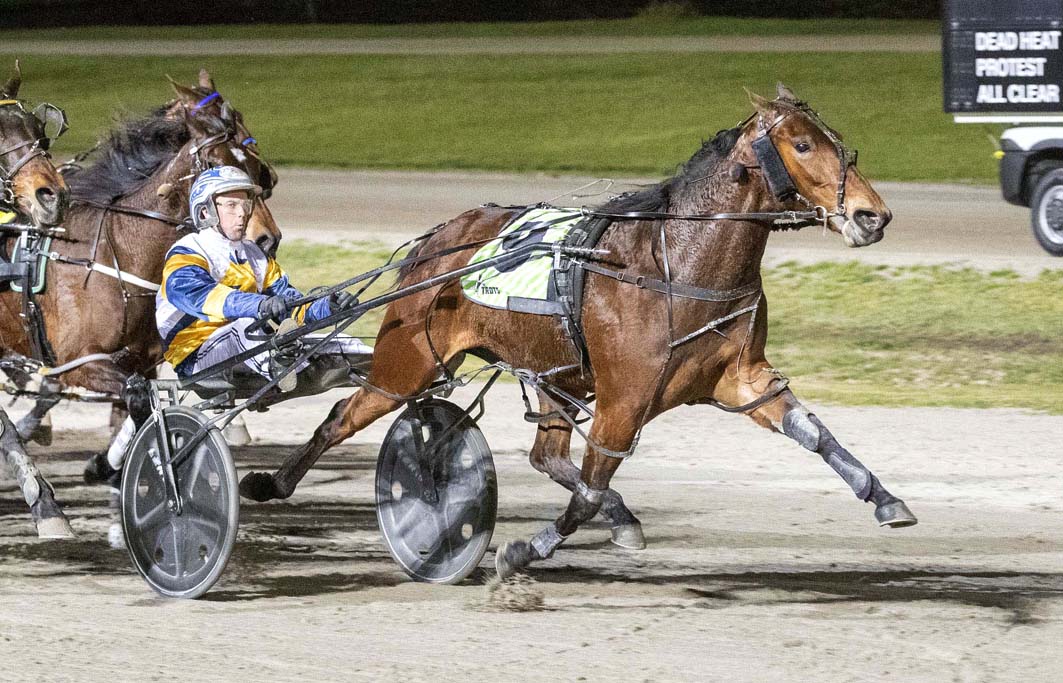 CLASSY filly Joanna has begun her latest feature campaign on a perfect note. First-up since her second in the Australian Pacing Gold Final in...

CLASSY filly Joanna has begun her latest feature campaign on a perfect note.

First-up since her second in the Australian Pacing Gold Final in May, Joanna complete an eye-catching victory against older rivals in Bendigo last night.

The 1650-metre assignment was the first step towards next month’s Victoria Oaks for the Emma Stewart-trained pacer.

Heats of the Blue Riband are scheduled to be conducted at Tabcorp Park Melton on October 2, with the Final the following week.

With David Moran holding the reins, Joanna was eased towards the tail of the field from her second row draw as Boxofchocolates worked to the lead.

Angled three-wide along the back straight, the daughter of Somebeachsomewhere sustained a strong sprint to score by two metres from Mona Mia.

“I’m very happy with her run,” Stewart said. “It was the ideal hit out for her at this stage of her preparation.

“She did very well during her time off and has come up really well.

“She’ll derive a lot of benefit from that run and will be sharper again next time around.

“The Oaks is her first main aim this time in, so she’ll be working towards the heats in a few weeks.”

Heading south for ‘working holiday’
Hurrikane blows rivals away in $250,000 Final
Why not aim high?
One more target before heading for a break
About author