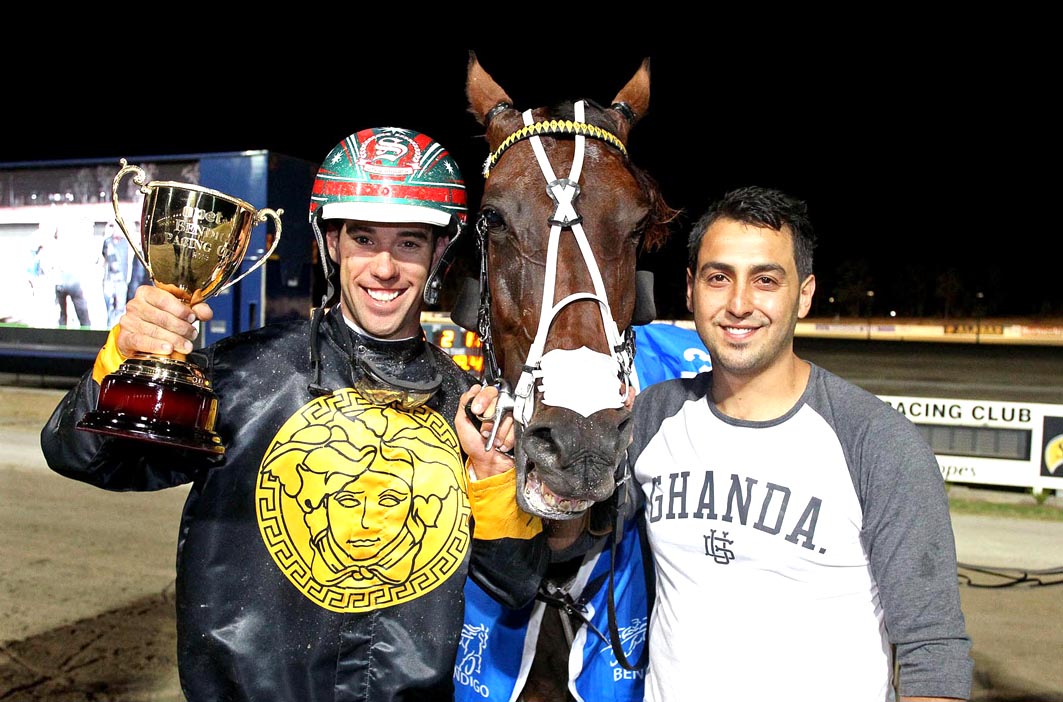 Don’t say I didn’t warn you!

FOR some reason Private Eye’s scintillating victory in the George Oxford Tribute in Gunbower yesterday ignited thoughts of my late father and unwanted flashbacks of...

FOR some reason Private Eye’s scintillating victory in the George Oxford Tribute in Gunbower yesterday ignited thoughts of my late father and unwanted flashbacks of a sore backside.

After being pushed to the limit – primarily by my brother because I was an angel – the old man would tan the hide and utter “don’t say I didn’t warn you!”

Well, in the build up to the $25,000 feature trainer Freddie Taiba issued a warning…Private Eye is something special.

Racing greenly during his first trip to the track last month, the Australian Pacing Gold purchase broke stride on the home turn – losing roughly 15 metres – before regaining momentum and sprinting to a two-and-a-half metre win in 2:01.2 over 2100 metres.

“He did plenty wrong but was still too good for them,” Taiba said. “He has gained a lot of benefit from the run which is noticeable in his track work.

“He will be better again on Sunday, and if he performs the way I know he can, he will have them covered.”

Although his immaturity was still evident, Private Eye was scintillating during his latest outing.

Driven by Greg Sugars, the son of Hes Watching was caught three-wide for the first quarter before settling outside the leader, Imnopumpkin.

Gaining cover at the bell, Private Eye was taken three-wide again around the home bend before dashing to a two-metre win from Imnopumpkin, with Jemsoms Pet two metres away third.

“What a run,” Taiba said. “He is something special.

“He is still green but has so much raw talent and can only get better with racing.

“My sister-in-law Lauren Wilson picked out of the sales and owns him, but overall he is a family affair with my brothers Hass, Ahmed, Gus and Sam.

“At this stage he will have another start or two before we head to the New South Wales Breeders’ Challenge in May.”

100 wins up before his 18th!
Bragging rights a much sought-after prize
King ready to climb the mountain
Potential bargain is waiting to be snapped up
About author