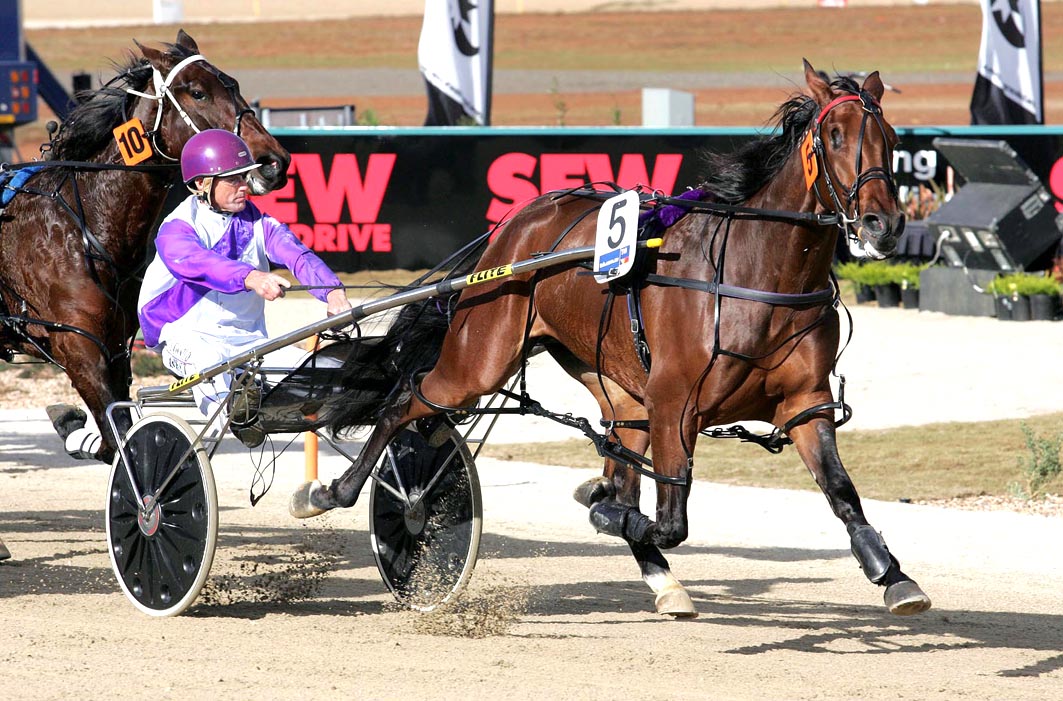 Racing greenly during his first trip to the track, Private Eye broke stride on the home turn – losing roughly 15 metres – before regaining momentum and sprinting to a two-and-a-half metre win in 2:01.2 over 2100 metres.

“He did plenty wrong but was still too good for them,” trainer Freddie Taiba said. “He has gained a lot of benefit from the run which is noticeable in his track work.

“He will be better again on Sunday, but that said, he will need to be.

“I expect a very forward showing from him and it’d be nice if he can come away with the win again.”

To be driven by Greg Sugars, Private Eye is engaged in the prestigious George Croxford Tribute where he has drawn barrier six.

“It appears to be a pretty even race on paper,” Taiba said. “There will be no room for error this time.

“If he does everything right and performs the way I know he can he will have them covered.”

By Hes Watching, the gelding is from former handy mare Oh Eye See, which is from broodmare gem Grace Robinson.

A star of the 1980s, Jasmarilla is from grand matron Shu Fly.