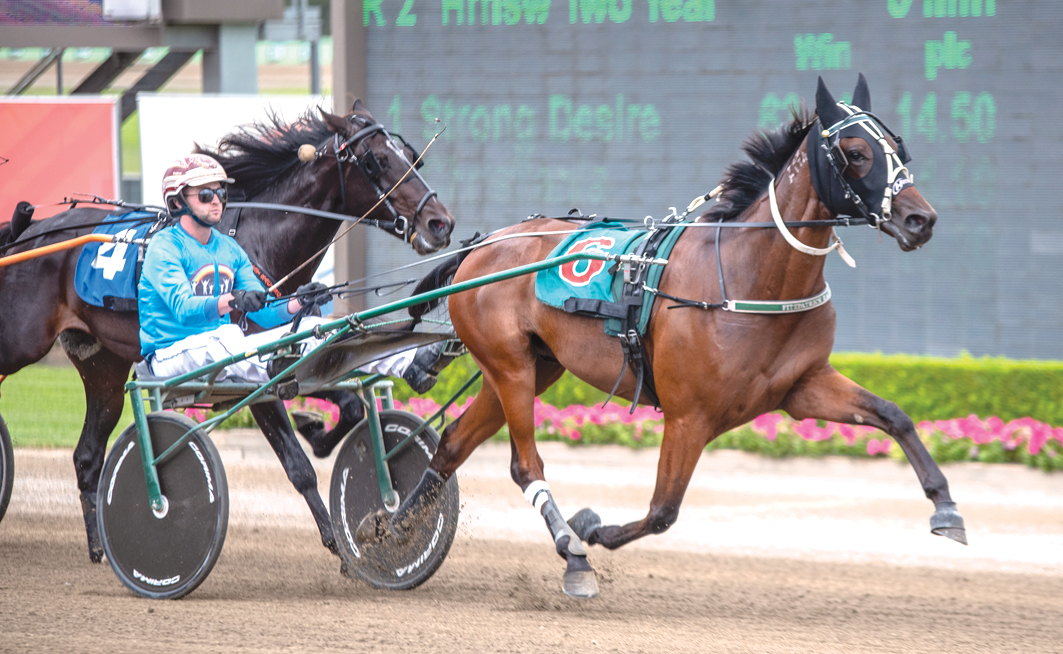 HANDY performer Gimondi has a strong opportunity to not only break his recent bridesmaid status, but to register an overdue feature win at Club...

HANDY performer Gimondi has a strong opportunity to not only break his recent bridesmaid status, but to register an overdue feature win at Club Menangle on Saturday night.

Among the best of his crop since debut, Gimondi has competed in numerous majors, often winning heats before having no luck or figuring among the placings in the Finals.

Racing in his customary consistent fashion this term, Gimondi has finished second during his last five starts – which includes a Foundation Final two outings ago!

“He has been racing as well as ever, but just been finding one too good on the night,” Fitzpatrick said.

“I’ve been happy with his runs, but it’d be nice to see him break his string of near-misses with a win on Saturday night.”

As for his pending assignment, Gimondi will begin from five in the standing start Bulli Trotters’ Cup.

To be driven by Fitzpatrick the four-year-old is considered a $15 chance, with Victorian raider Stress Factor the $4.20 favourite in an open field.

“It’s a pretty even field with several strong chances,” Fitzpatrick said. “Gimondi is back off the front this week, which helps and makes him one of those strong chances.

“I’ve also got All Chased Up drawn the pole, which increases his prospects.

“He’s had four starts back from 18 months off, and although he broke at his last start, he has been going well and can surprise a few from the draw.”

That was grouse Mouse!
Series wouldn’t be the same without them
Local star primed to repel interstate raiders
This veteran pacer could take himself to the races
About author