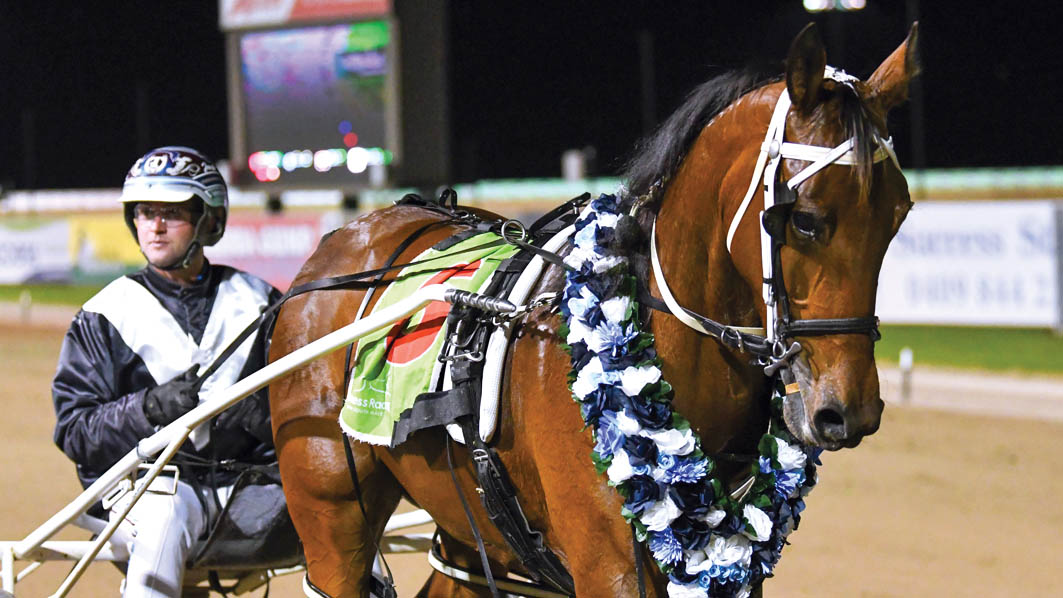 Enjoying the win before making plans

STILL basking in the glory of Merrywood Lynn’s performance during the weekend, Wayne Dimech is yet to decide what the youngster’s next mission will...

STILL basking in the glory of Merrywood Lynn’s performance during the weekend, Wayne Dimech is yet to decide what the youngster’s next mission will be.

Naturally thrilled with the three-year-old, Dimech stated Merrywood Lynn will enjoy the week before plans are made.

“I haven’t got anything particular set out for her,” Dimech said. “She may even go for a spell.

“The Blue Series was the main aim with her all along, so she’s won her Grand Final.

“It certainly worked out perfectly for her.”

With Jack Trainor holding the reins, Merrywood Lynn was eased towards the tail of the field from barrier six as Gracie Taltoa worked to the lead from gate eight.

Forced to the middle of the track along the home straight, the filly sprinted to a metre-and-a-half win from One Reason.

Bred and owned by Dimech, Merrywood Lynn covered the mile in 1:53.8, taking her record to six wins and seven seconds from 31 starts for earnings of $101,405.

“She has done a a pretty good job so far,” Dimech said. “Hopefully she has a few more wins in her yet!”

Unique method of motivation ahead of class rise
10 years on and former gun reinsman is still smili...
Youngster hoping for birthday victory
Leading NSW breeders back Bathurst sale
About author