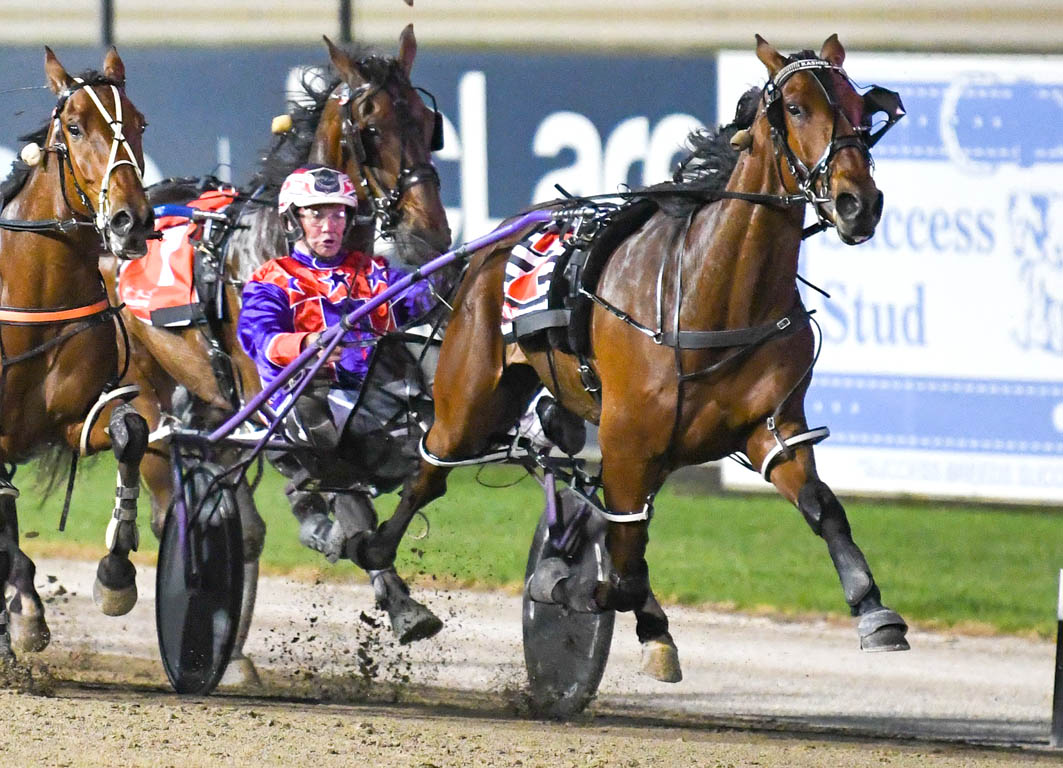 A WELL earned spell is on the cards for talented youngster Kashed Up. Triumphant in a New South Wales Breeders’ Challenge Blue Series Final...

A WELL earned spell is on the cards for talented youngster Kashed Up.

Triumphant in a New South Wales Breeders’ Challenge Blue Series Final at Club Menangle just moments ago, Kashed Up is officially on holidays.

Trainer Bernie Hewitt confirmed the three-year-old will head to a paddock in the morning.

“He’s had a fairly big season and it showed tonight,” Hewitt said. “He felt a little flat in front, but got the job done which is the main thing.

“He will go for a good spell as of tomorrow while the weather is good.

“I’ll talk to Gem (Hewitt, owner), but hopefully he will have a couple of months off, which will do him good.”

With Hewitt in the cart Kashed Up began well from barrier two, but was unable to hold out Sunshine Pepper which led from gate six.

Pushed forward Kashed Up worked to the front as the first quarter was covered in 27.5 seconds.

Forced to dig deep along the home straight, the gelding staved off a determined Killara Eagle to score by a neck.

In a ‘blanket’ finish, Sunshine Pepper was a head away third.

“I was a little worried up the straight as they kept coming, but I knew he wouldn’t shirk the task,” Hewitt said. “He is dour and will give as much as he’s got.

“Like I said, he got there in the end, but he was flat and is looking for a break.”