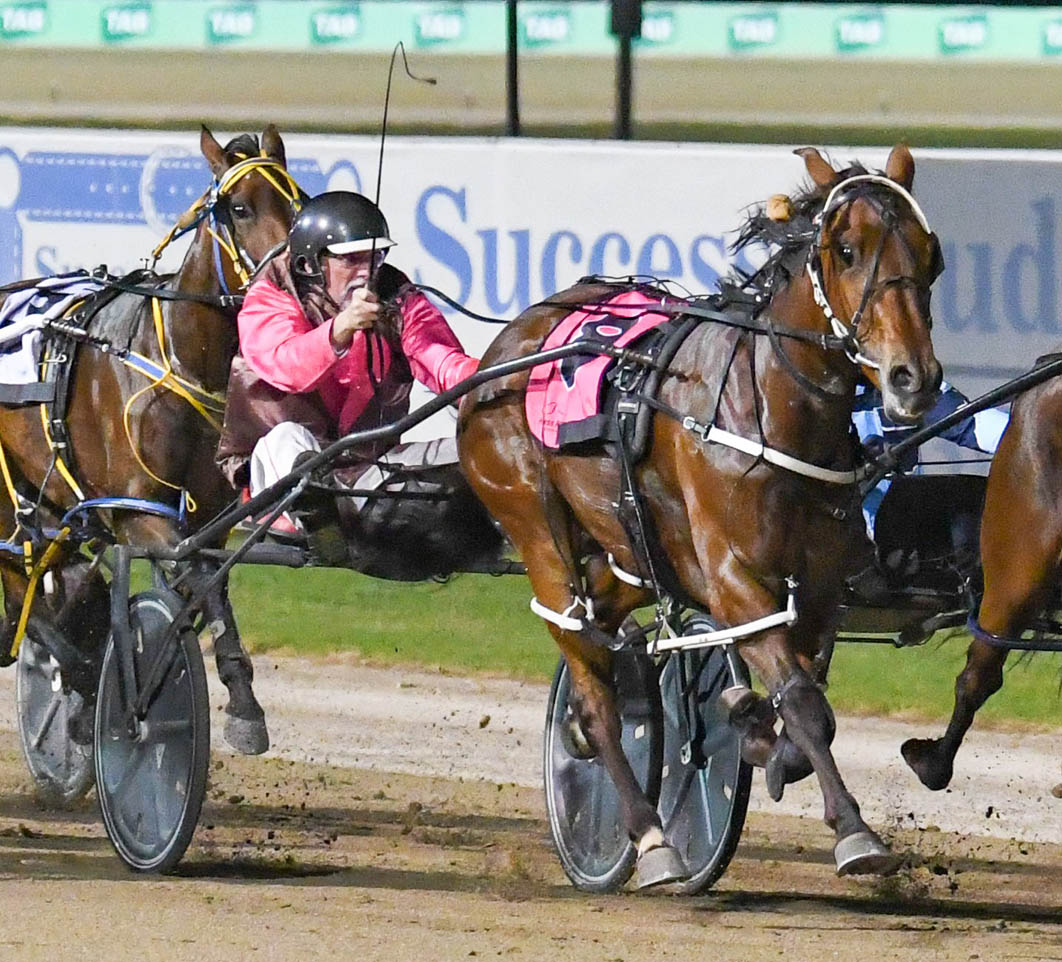 “I’ve had an offer for her, which was depending on how she went tonight,” Druitt said. “The prospective owners wanted to see if she went any good, which I’d say she did!

“So I’d say they will take her and there is no need for me to think about her next start.

“If for some reason she isn’t sold though, I will give her a fortnight off and then head towards the Leeton Plate.”

With Druitt holding the reins, Ideal In Dreams was eased towards the tail of the field from barrier eight before being send forward to test the leader, Shes A Caribbean, from the ‘death seat’.

Matching strides with the pacemaker along the home straight, Ideal In Dreams reached the front in the shadows of the post to score by a half-neck.

“She went a lot better tonight than she did a few weeks ago, but I did change the way I travelled with her this time,” Druitt said.

“I came down the day before which gave her the chance to stretch out in a paddock and it suited her a lot more.

“She is the easiest horse I’ve gotten going . . . a couple of weeks after I started with her she was like a four-year-old, but she does have a few little traits about her.”