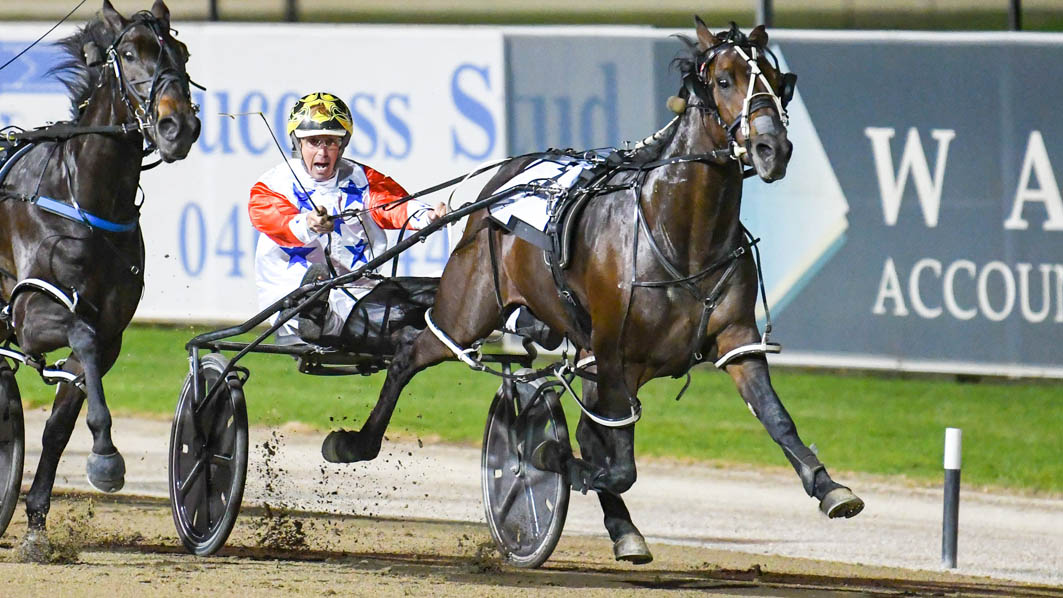 Trainer relieved to right a wrong

ASTUTE horseman Clayton Harmey admits he is relieved he has been able to right a wrong. Venturing to Club Menangle last weekend, Harmey’s New...

ASTUTE horseman Clayton Harmey admits he is relieved he has been able to right a wrong.

Although he never expected the son of Courage Under Fire to win the Group One, Harmey felt Saint Crusader should have performed better.

Fast forward to tonight’s meeting at the world class venue and Saint Crusader proved exactly what he is capable of given the right conditions by capturing the New South Wales Breeders’ Challenge Blue Series Final.

“I borrowed a cart from Luke McCarthy last week and he kicked a wheel, then pulled hard and choked down,” Harmey said.

“He brought himself undone by racing like that, but it’s my fault for switching the cart like I did.

“Not that we think he was going to win, but I felt could’ve finished better.

“Tonight we didn’t have the same issue and he ran right up to his best.”

Angled three-wide around the final bend, Saint Crusader quickly dashed to the front before staving off Im Vexatious to score by a head.

Noble Trick battled on to be 10-and-a-half metres away third.

An Australian Pacing Gold purchase, the two-year-old covered the mile in 1:53.8 to take his record to five wins and a second from nine starts for earnings of $53,854.

“I picked him out at the APG Sale and have looked after him all along as I think he has quite a good future,” Harmey said.

“He will have a spell as of tomorrow, but they are predicting rain so he won’t go in a paddock just yet.

“Hopefully he can grow and mature a bit during his time off and come back better next season for races such as the Bathurst Carnival.”