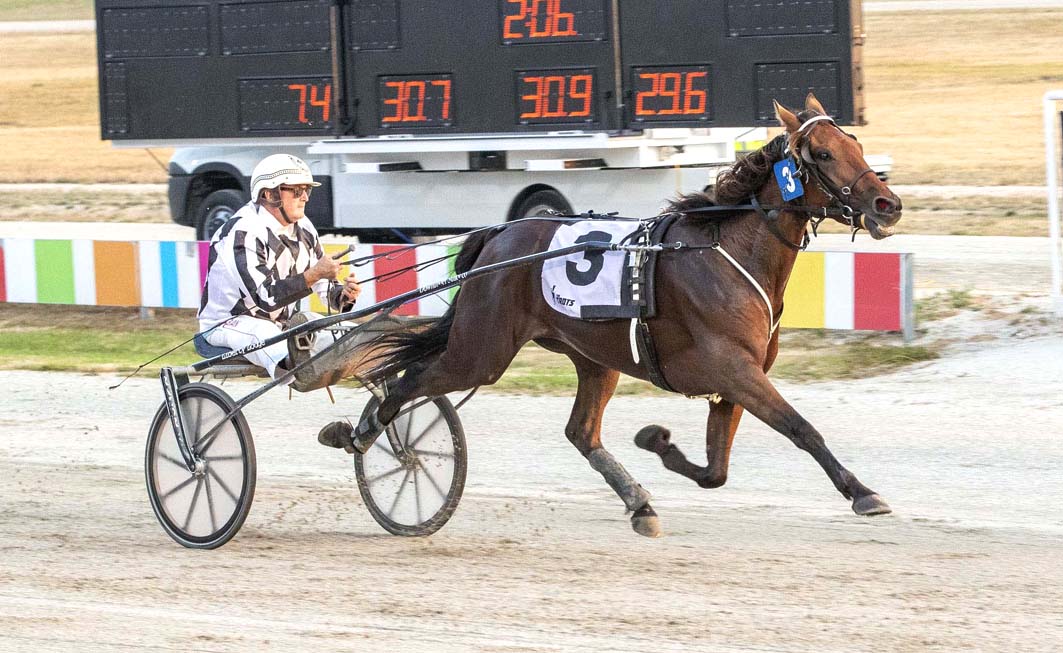 Luck to play a strong hand in Group events

LUCK and plenty of it could see Gary Hoban win a feature or two at Tabcorp Park Melton on Saturday night. Hoban has runners...

LUCK and plenty of it could see Gary Hoban win a feature or two at Tabcorp Park Melton on Saturday night.

Hoban has runners in a pair of Group races, including the prestigious Victoria Oaks.

Although among the outsiders in the Blue Riband, Rockingwithsierra is more than capable of upsetting her more fancied rivals should good fortune come her way.

To be driven by John Caldow, Rockingwithsierra will begin from barrier three, which should see the daughter of Sportswriter settle in a prominent position.

“With a bit of luck she can be thereabouts and may even surprise a few,” Hoban said. “It’s a handy draw but depends on where she ends up early.

“She will be better for the run last week and will run a better race this week, but whether that is good enough we will find out.

“There is no doubt she is going to need luck and all the breaks go her way, but if she gets it and the favourites don’t have it so good, she can certainly cause an upset.”

Hoban’s prospects are stronger in the Vicbred Mares’ Sprint Championship where he will be represented by in-form trotter Majestic Dream.

Winner of her heat in Ballarat last weekend, the daughter of Majestic Son is the $3.60 second favourite with TAB Fixed Odds despite drawing the outside of the front row.

Madena Sky heads the market at $3.20 from barrier nine.

“With the way the conditions are she is the victim of the circumstances in the Final,” Hoban said. “If doesn’t win last week she would have drawn one, two or three, but she won so now she gets seven.

“Even from there she shouldn’t be far away, but will need a bit of luck.”