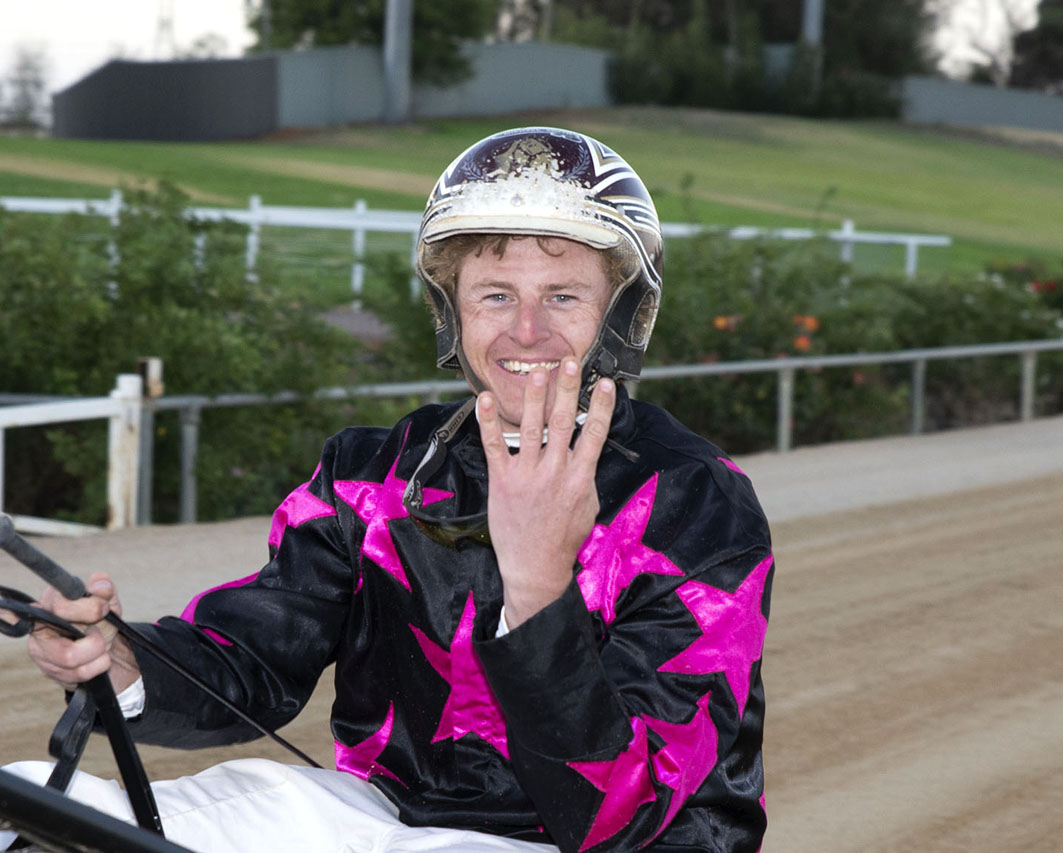 Feeling “a bit crook” going into meeting, Smith had forgotten his woes as he headed home.

The source of Smith’s improved condition was his first quartet.

“I felt a bit crook yesterday but pushed on to drive,” Smith said. “I’m still not 100 per cent today but feel a lot better than I did.

“Getting four winners at a meeting for the first time sure helped ease the pain.”

Smith opened his account by guiding Glacier Heights to an upset win in 2:01.1 over 1800 metres.

Gaining the run of the race behind the leader, Grinfaron, Glacier Heights finished along the sprint lane to score by a neck from his John Dennis-trained stablemate Kentsford Kenny.

Grinfaron was a metre away third.

Smith then combined with astute horseman Bronte Giorgio for a double as Polly Put Kettleon and Perilous led throughout.

“Glacier Heights was a surprised, but I was more confident with the other two, especially Perilous after there was a scratching,” Smith said.

“I was then pretty sure I could get that fourth winner for the first time as Clarenden Envoy was odds-on and barring any bad luck should have had them covered.”

To Smith’s delight Clarenden Envoy was a class above his rivals as he cruised to an effortless 24-and-a-half metre victory from Trappertwo, with Giftedfromtheheart four metres away third.

Bred and owned by Goble, the three-year-old broke his maiden stats at his sixth start having run three seconds and a third.

“He’s a nice horse which should get better with experience,” Smith said.