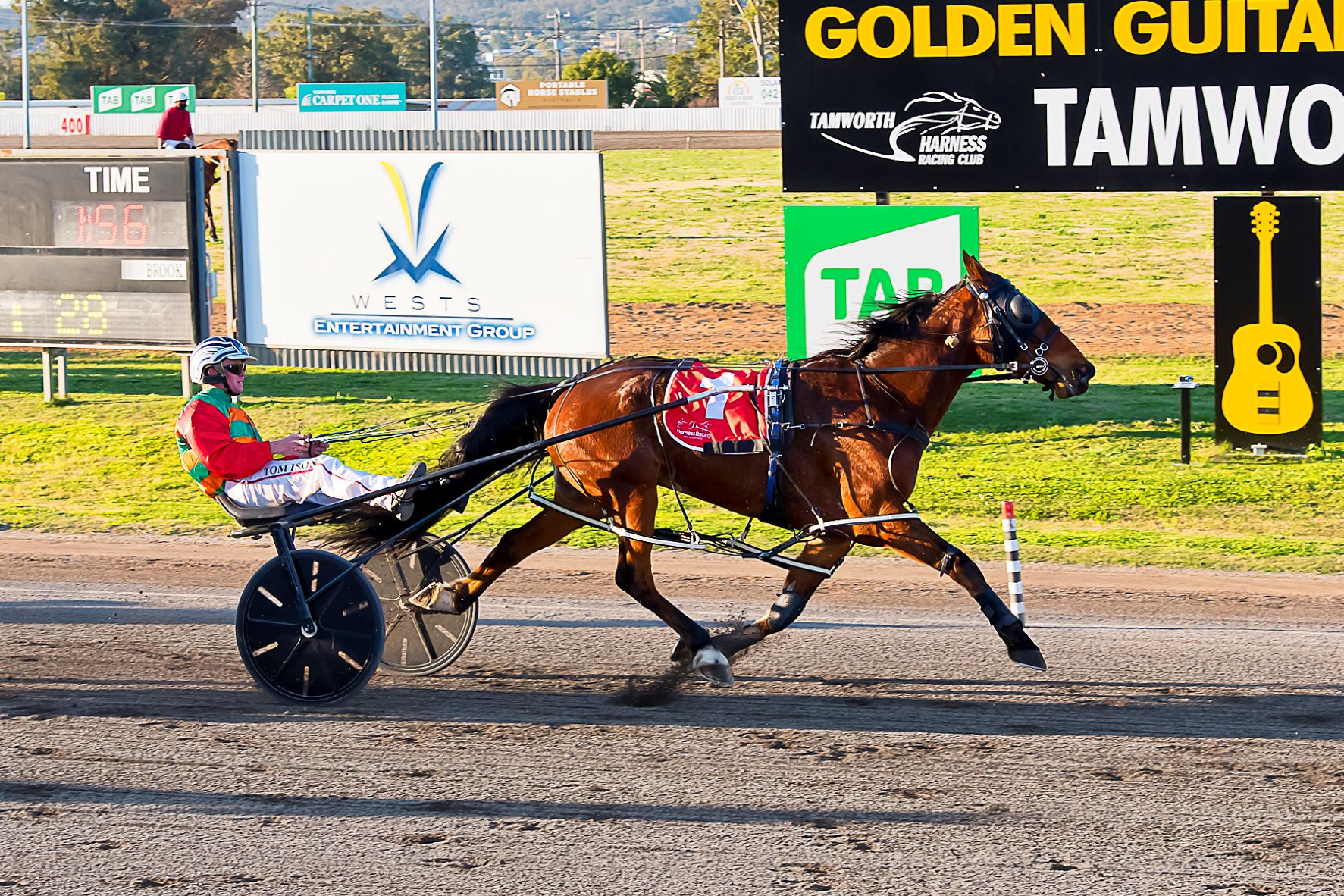 Four winners . . . and a mouthful of dirt

Tom Ison8
TAMWORTH reinsman Tom Ison hit the track with high hopes, then hit the track, physically on Thursday. Yet the plucky horseman still walked away...

Yet the plucky horseman still walked away the victor – multiple times.

Ison had nine drives on the program with the result of four winning drives, four second placings and being tipped from the gig in the final event of the day.

“I thought a few of my drives would go alright but didn’t think the day would turn out as well as it did,” said Ison.

The four wins for Ison came with the Brendan James-trained Famous Three and the Roy Roots jnr-trained The Big Dig along with two for his father and trainer Andy Ison with Overthemoon and Shadow Pass.

It was in the final race of the meeting – the $10,000 NSW Breeders Challenge 3yo Colts & Geldings heat that Ison had no joy when he was tipped from the gig of last-start winner Balboa Shannon, trained by Brendan Hunt at Quirindi.

“The first thing I thought of was my gig – I just had it repainted,” said Ison.

“I had had four wins and four seconds and then the fall just ruined the day.

“It was a racing incident, but it is not something that you want to happen.

“Both horses were fine and Grace (Panella) and myself got away with just a couple of scratches.

“I thought going into the race that my horse [Balboa Shannon] had a bit of a chance as he won last start.”

Reinswoman Grace Panella was also lucky to escape injury, along with her horse Skyfall Andy.

Ison hit the track surface but had the presence of mind to hold onto the reins behind Balboa Shannon before lifting himself back into the gig and retiring Balboa Shannon from the race.

“I try to keep myself pretty fit and it is not the first time that I have been tipped out and pulled myself back into the gig. That would be about the sixth time,” said Ison.

“I was trying to help the clerk of the course out . . .  but my first thought was for the gig.

“In hindsight, I could have been run over and been in a hospital bed but it is just a natural instinct for me to hang onto the reins and the horse so they are not injured as well.”

“The horse will do a good job around here.”

Ison parked his charge in behind race leader Big Beat (Maddison Simon) before a three-wide run around the final turn to go on for a 5.2 metre win.

The gelding was having only his second start for the James stables after previously racing in Victoria.

The win of The Big Dig saw Ison team up with his former boss and mentor Roy Roots jnr to score a 4.4 metre win in the Hygain Micrspeed Pace over Watchful Lady (Jemma Coney) with The Narrator (Blake Hughes) 4.7 metres away third.

“The horse was just too good for them,” said Ison.

“This horse loves the Tamworth track.

“He led all the way and he had a nice barrier draw in one and we made the most of it.”

Ison then combined with his father Andy to produce a winning double for the stables starting with Overthemoon in the R U OK Day-Encourage Action Pace.

“The horse has got plenty of character around the stables and sometimes, like today, he can put his mind to it on the track and produce a win.”

“The horse goes alright and does a good job as well,” said Ison.

“He got to the front from the three barrier and I just let him run along and that kept the horse happy.” 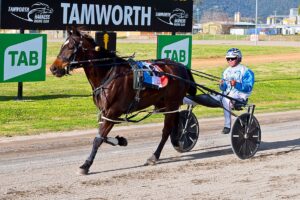 Ison on track for another big day
Pitch just ‘Perfect’ in Cup win
Top two ready for another Newcastle duel
It’s another ‘Famous Five’ for I...
About author