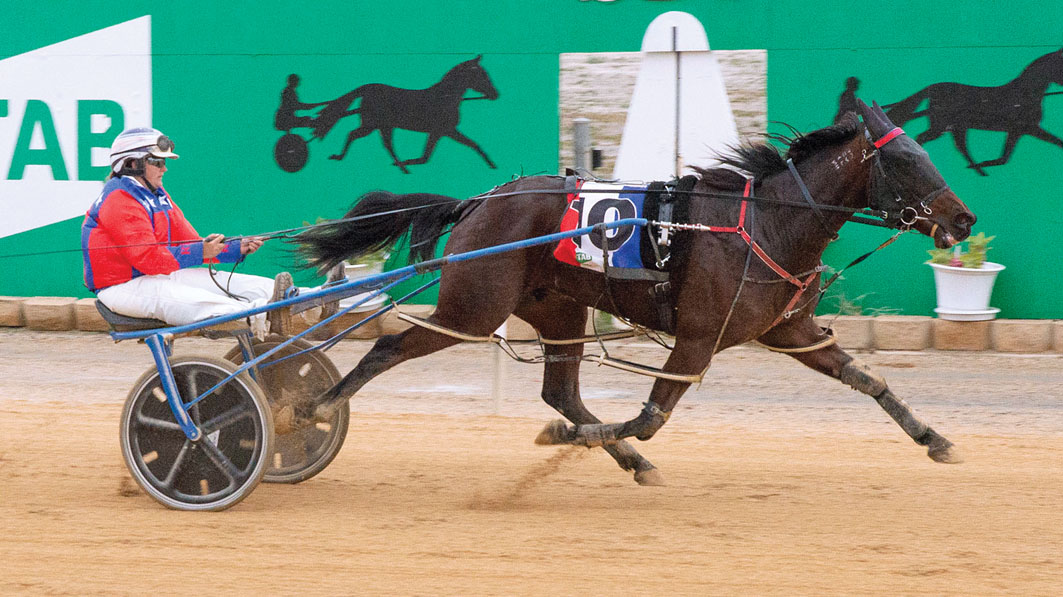 WELL-TRIED pacer Sporty Frank broke a drought from the winners’ circle with his performance at Globe Derby yesterday. In his third stable since his...

WELL-TRIED pacer Sporty Frank broke a drought from the winners’ circle with his performance at Globe Derby yesterday.

In his third stable since his last success, Sporty Frank’s previous victory was in Bathurst on May 13, 2020.

Sporty Frank was having his sixth start for trainer Robbie Caton who hopes the son of Sportswriter “has turned the corner.”

“He ran second for us first-up and we expected things to continue from there, but he’s been quite a handful,” Caton said.

“He’s been the subject of a few arguments at home about what to do with him.

“We changed a few things around with him and he went a lot better this time, so hopefully he has turned the corner and will start putting his best hoof forward.”

Pushed through from his second row draw Sporty Frank was settled two-back in the running line as Bella Sofia led from barrier four.

Gaining a three-wide trail along the back straight, the gelding dashed to the front around the final bend before cruising to a 25-metre win from Sutter Man.

“That was a much better run,” Caton said. “Once he was willing to score up properly and settled nicely in the running line my confidence began to grow.

“I was pleased with the ease in which he rounded them up and the way he run away from them up the straight.