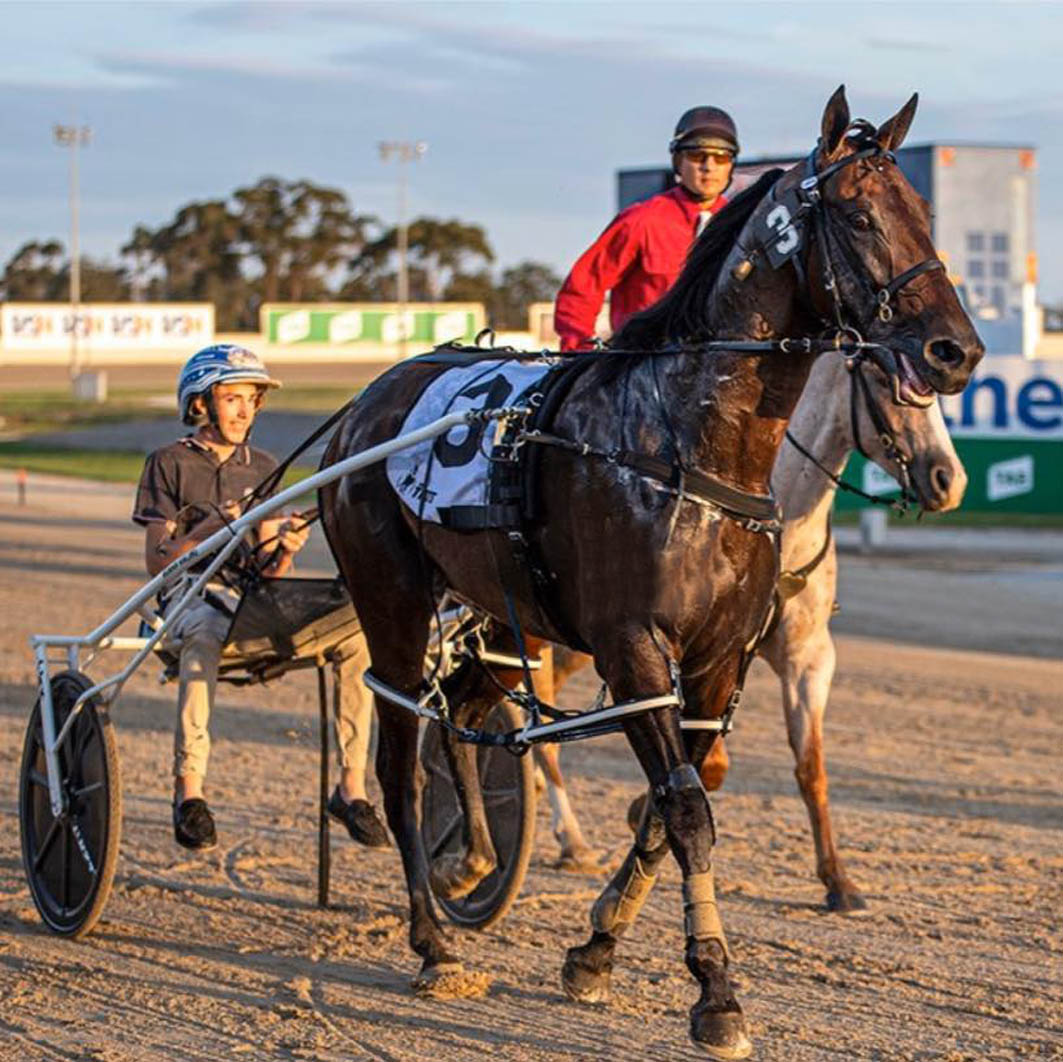 HE’S sat behind some of the top horses of the past decade, but that pales in comparison to driving a maiden at Yarra Valley...

HE’S sat behind some of the top horses of the past decade, but that pales in comparison to driving a maiden at Yarra Valley today!

As exciting as that has been, the trio of stars never provided Crossland with his initial driving success.

That honour belongs to well-bred youngster My Golden Eagle, which caused an upset by rating 2:02.6 over 1650 metres.

Prepared by Aiken, the son of Mach Three came from last around the home turn to score by two metres from Whiskey And Rye, with Miss Tyler four-and-a-half metres away third.

“I was so excited up the straight as he kept going after the leader but I was a little worried he wasn’t going to get there in time,” Crossland said.

“He just finished so hard and as we went over the line I couldn’t have been happier.

“To get my first win is just an amazing feeling and something I will never forget.”

Now that he has his first win in the records books the 16-year-old has set himself some lofty goals.

Along with working for Aiken, Crossland hopes to forge a career as a freelance driver and one day replace Chris Alford at the top of the mantle.

“I’ve been driving for a couple of weeks, had about 20 drives and loving being out there,” Crossland said.

“I’m working and living with the Aikens….Colleen is like a second mum to me.