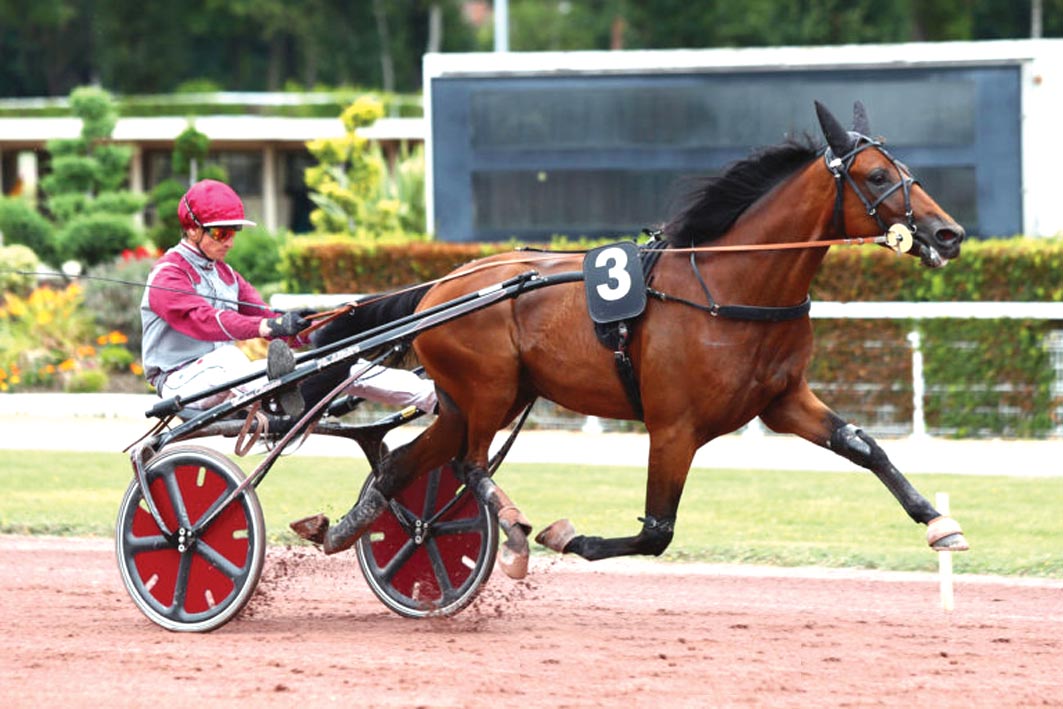 HOLZARTE VEDAQUAIS will make his Aussie debut in the Victoria Trotters' Derby heats on Sunday.

FRENCH import Holzarte Vedaquais is on target to make his Australian debut. Purchased by clients of the Tim Butt stable as a racing and...

FRENCH import Holzarte Vedaquais is on target to make his Australian debut.

Purchased by clients of the Tim Butt stable as a racing and breeding proposition, Holzarte Vedaquais has been sent to Victoria ahead of the Trotters’ Derby heats.

The qualifiers are scheduled to be conducted in Maryborough on October 25, with the Blur Riband to be run at the provincial circuit the following week.

Butt confirmed the three-year-old left his New South Wales base this morning and is due to arrive at Yabby Dam Farm near Ballarat tomorrow.

Holzarte Vedaquais, which hasn’t raced since competing in Vincennes in February, will be in the care of leading squaregaiting horseman Anton Golino.

“He left this morning and is on his way to Anton’s,” Butt said. “Anton has so much experience with Frenchies and the facilities there are first rate.

“He’s a nice little horse, and this is a big step, but we might as well kick off and have a month’s racing against his own age.

“We won’t be seeing the best of him for 12 months as he adjusts to the racing here.

“He should be getting his winter coat now but here we are heading summer, so it’s a big transition for him.”

Holzarte Vedaquais, which has a record of four wins and five placings from 12 starts, is set to trial at Tabcorp Park Melton on Tuesday in what will be his “last solid hit out before the heats”.

“He has been working up really well,” Butt said. “He’ll trial in Melton on Tuesday to blow the cobwebs out then it’s on to the heats.

“With Ants (Butt’s brother Anthony) having Elite Stride in the Derby we’re still working on a driver for Holzarte Vedaquais at this stage.”

Looking to improve Inter rankings
Elder looking for Flare Up to fire
Here’s all the winners for Menangle Saturday...
The sadness doesn’t go away…we miss her every day...
About author