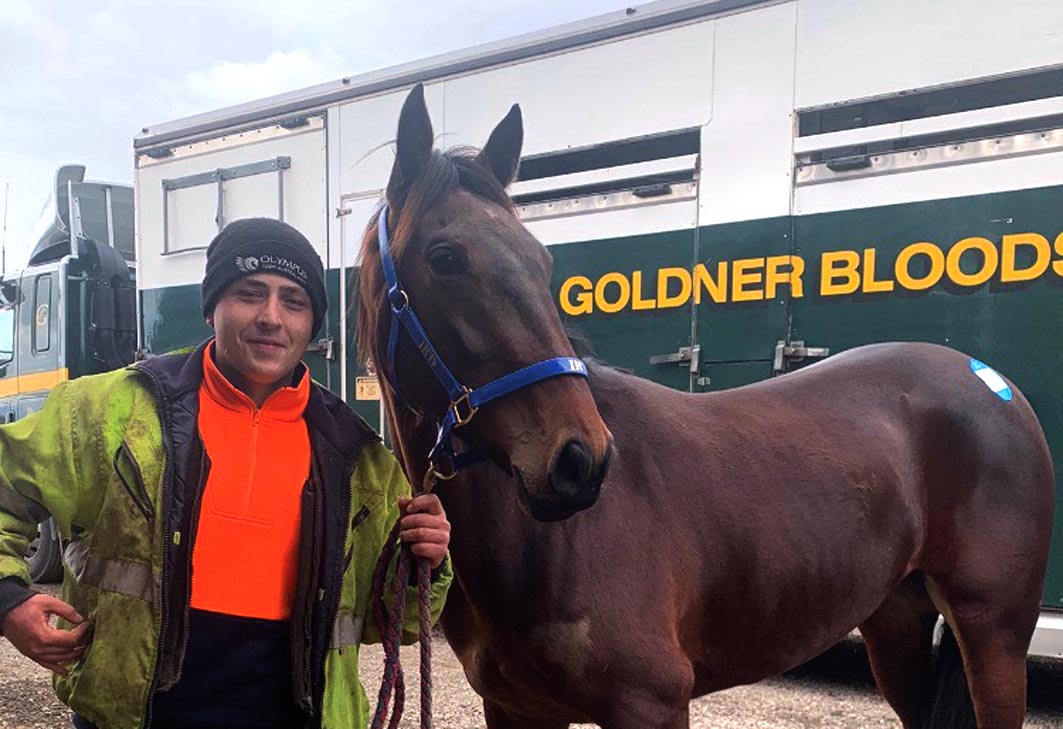 BLAKE CARUANA with Letherhairdown after she arrived in Australia

The four-year-old was selected by Caruana, who shares ownership in the mare with his cousin Mick Vella.

This is Vella’s first venture in ownership, which he embarked on to continue the legacy of his late father and trainer, Joseph.

“I picked her from New Zealand so to have her win first-up gives me a great deal of satisfaction,” Caruana said. “There were 10 horses I looked at but she was the one which stuck out to me.

“Along with being a racing option she has the bloodlines to become a broodmare later on, which also made her an attractive purchase.”

Driven by in-form reinsman John Caldow, Letherhairdown began quickly to lead from barrier five as Our Safari Sun worked on her outside.

Fending off the initial challenge around the home turn, the daughter of A Rocknroll Dance cruised to a 19-and-a-half metre win from Shadys Pursuit, with Gee Hee Rocks five metres away third.

“I knew she would be competitive but I didn’t think she could win like that,” Caruana said. “She had been beating better horses at home but I felt she was in need of the run.

“She’s pulled up a treat, you wouldn’t even know she’s gone around. As soon as I took her in to her stall when we got home she went straight to the feed.

“There is another suitable for her on Friday next week at Tabcorp Park Melton so I will head towards that next.”