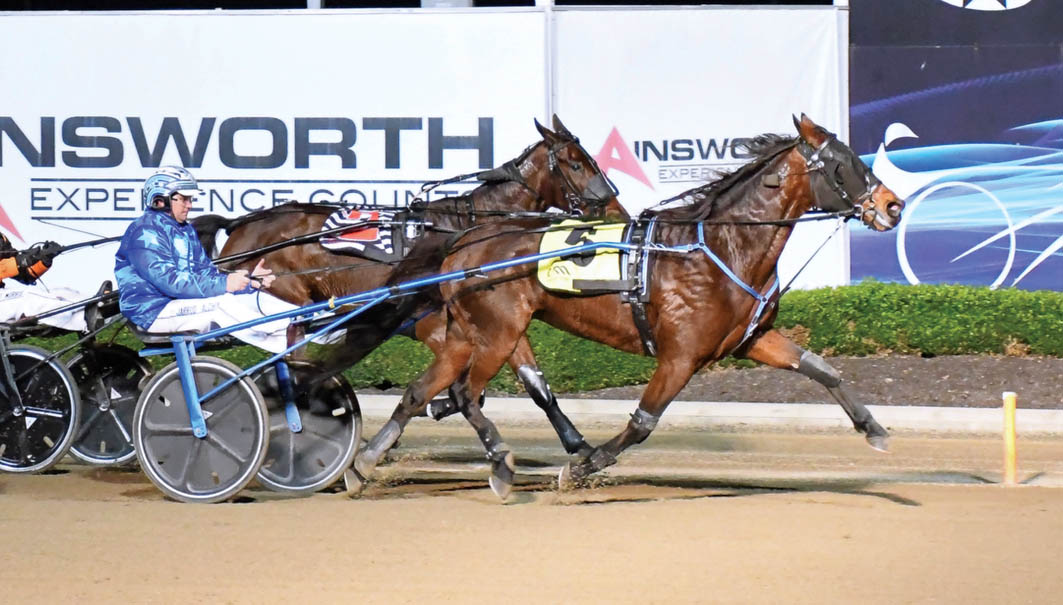 SENT across the Murray River in search of better options, Andyou didn’t take long to reward connections for their decision. Having her second start...

SENT across the Murray River in search of better options, Andyou didn’t take long to reward connections for their decision.

Having her second start for Alex Alchin the former Victorian registered an upset win in the Bulli Trotters’ Cup at Club Menangle today.

The feature was added to the program after the original edition was declared a no-race last Saturday night.

Andyou was sixth at her first appearance for Alchin before upstaging her rivals at $31 to complete her first victory since winning in Melton last May.

“I actually rang her owners trying to buy her, but the Shellies didn’t want to sell her saying she is part of the family,” Alchine said.

“I felt Menangle would really suit her which is why I made the offer.

“Instead of selling her they were willing to send her up to race to see how she goes.

“So far it has worked out quite well.”

Driven by Jarrod Alchin, Andyou began well from her 10-metre mark to settle behind Super Fast Pat, which found the lead from the front line.

Angled away from the pegs at the top of the home straight, the daughter of Majestic Son sprinted to a two-metre win from Super Fast Pat, with Amandas Spur two metres away third in 2:01.9 over 2300 metres.

“She is a nice little honest mare,” Alchin said. “She is fast and Menangle’s long straight suits her when driven cold.

“I’ll keep finding suitable metro trots for her and hopefully she can do a good job while she’s up here.”

Vale: Jim Bennett
Demon ready to fire
IT ALL COMES DOWN TO THE BARRIER DRAW
One is flying, one is drawn well, one is a good ch...
About author