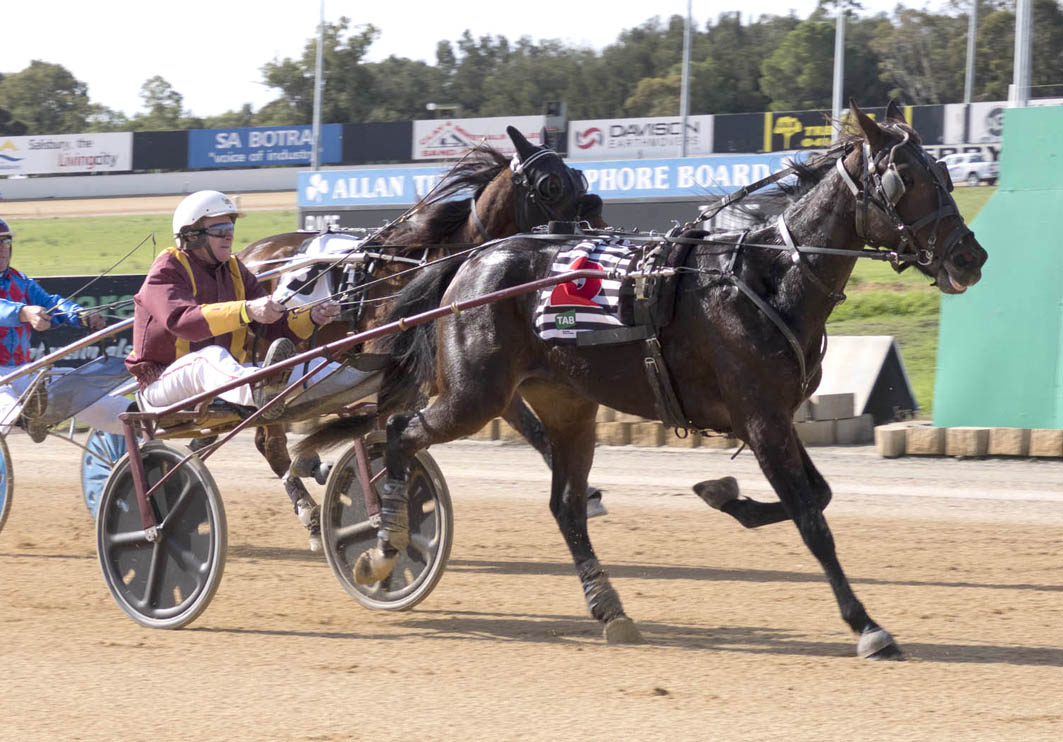 ALL THAT GLITTERS - Photo Walter Bulyga

Trainer’s dilemma due to lack of options

A LACK of suitable options is likely to see All That Glitters sent to a paddock. Speaking after the two-year-old’s success at Globe Derby...

A LACK of suitable options is likely to see All That Glitters sent to a paddock.

Speaking after the two-year-old’s success at Globe Derby yesterday, trainer Bronte Giorgio explained the limited racing opportunities and small pool of young trotters will restrict All That Glitters’ season.

Earmarking a target for the filly at the same venue in a fortnight, Giorgio stated that is the last available suitable race until the Southern Cross is rescheduled.

The state’s main futurity has been postponed due to the Coronavirus pandemic.

“There is not a lot around for her,” Giorgio said. “There is a race in two weeks but that’s it…and we have to hope that stands up!

“After that she’s got no options but to wait until the Southern Cross so I’ll put her in the paddock.

“It was the same scenario with her half-sister Lizard Of Oz which only had one start last season and that was in the Southern Cross Final which only had three starters.

“Hopefully the Southern Cross is run later in the year so they both have something to aim for.”

Driven by David Smith, All That Glitters began well to lead from barrier two and was 20 metres in front of the field along the back straight the first time.

The daughter of Skyvalley was then tackled for the lead during the middle stages as Quick Quaker dashed to the front at the bell and proceeded to race 20 metres ahead, with All That Glitters a similar margin in front of the next runner.

Breaking her maiden at her second start, having finished a 67-metre third during her debut, All That Glitters rated 2:12.8 over 1800 metres.

“She went really well,” Giorgio said. “She really turned it around in a week.

“Her dam, Long May She Reign, only ever broke once in 51 starts when she cast a plate and I didn’t expect this filly to break last time around.

“I was much happier with her run and hopefully she can continue to stay well balanced in her gait.”

Callaghan in for a busy night at ‘The Big M&...
In prime condition for title defence
Aussie among feature chances in USA
Oberon ace is after another double
About author