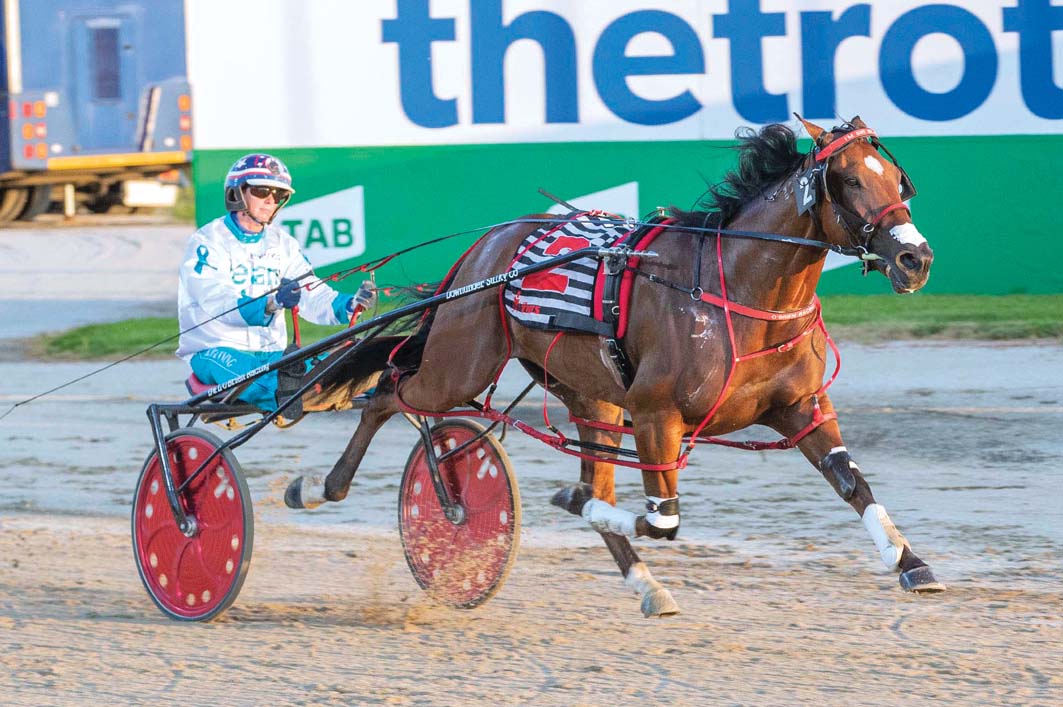 CLASSY pacer Im Sir Blake will enjoy a well-earned break before being set for another feature race campaign.

Successful in Stawell last night, Im Sir Blake was sent to a paddock this morning by co-trainers Danny and Leroy O’Brien.

Planning to give the son of Alta Christiano “about eight weeks” off, the duo will then set Im Sir Blake for the rich Vicbred Super Series later in the year.

“He’s done a good job this time in and is ready for a spell,” Leroy said. “He’ll have a good spell which will see him spend about eight weeks in a paddock.

“Hopefully by the time he is back in work we will know more about the Vicbred dates and be able to aim him at that.

“Other than that we’ll just have to see what is around and how he is going at the time.”

Driven by Jackie Barker, Im Sir Blake was sent forward to settle in the ‘death seat’ from barrier six as Romero led from gate two.

Forging his way to the front along the back straight, Im Sir Blake completed a tough metre-and-a-half win from Im Shadow Boxer, with Stroke Of Luck a half-head away third.

“It was a good strong run from him,” O’Brien said. “He pretty much beat himself last time around when he over raced but that was a much better run.

“He’s won two of his last three and it’s a perfect way for him to head to the paddock.”