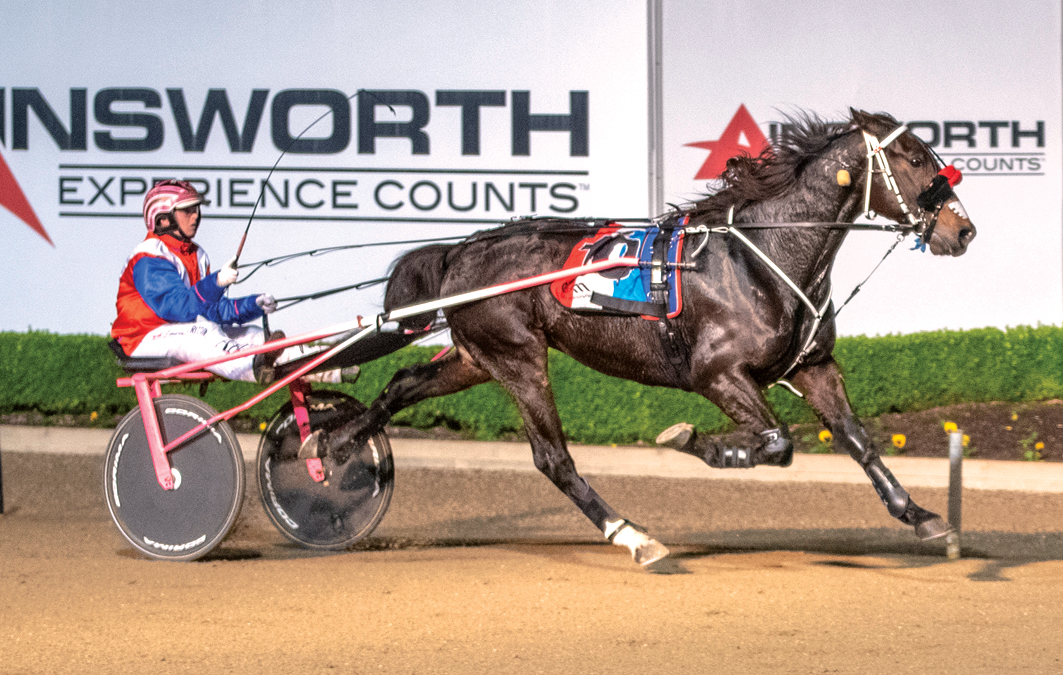 Hell on wheels for punters

HANDY pacer Bohannan proved to be hell on wheels for punters last night. Breaking a run of ‘outs’ since winning in Tamworth last April,...

HANDY pacer Bohannan proved to be hell on wheels for punters last night.

Breaking a run of ‘outs’ since winning in Tamworth last April, Bohannan caused an upset at Club Menangle.

Paying $15 on the Tote, the son of Santanna Blue Chip completed a half-head win from Dance For Glory, with I Am Serengeti two metres away third.

“Last night he was in the right sort of race,” Roots said. “It was the right class for him and he loves the 2300.

“It was just a matter of Tom getting him in the right spot not too far off the pace and he did the rest.”

With New South Wales heading back into regionalised racing, Bohannan is likely to have his next start in Tamworth according to Roots.

“Now that we are being regionalised again he will run around Newcastle and Tamworth, where he won three in a row the last time racing was regionalised.

“That’s where he will more than likely race next, so hopefully he will thrive again.”

While Bohannan may benefit from regions, veteran trotter Glenferrie Typhoon may not be so lucky.

Dead-heating with Gold Sovereign later on the card, Glenferrie Typhoon could struggle with suitable options according to Roots.

“Regionalised racing will make it hard on him, so I may give him a race against pacers in Newcastle,” Roots said. “If going back to normal is too far away I will put back in a paddock for a little while.”

Also driven by Ison, Glenferrie Typhoon was caught outside the leader, Hotjane Bling, before forging his way to the front leaving the back straight.

Shortening straight during the concluding stages, Glenferrie Typhoon managed to hit the line locked together with the fast-finishing Gold Sovereign, with Revy Jay three-and-a-half metres away third.

“Typhoon went super,” Roots said. “He had to do a bit of work outside the leader but still fought on.

“He wanted to get racing on the turn and once got clear switched off a bit, but was probably getting tired as well.”

Better late than never
Strong hand in APG heats
Potential superstar among the outsiders!
More reasons to breed an SA foal
About author