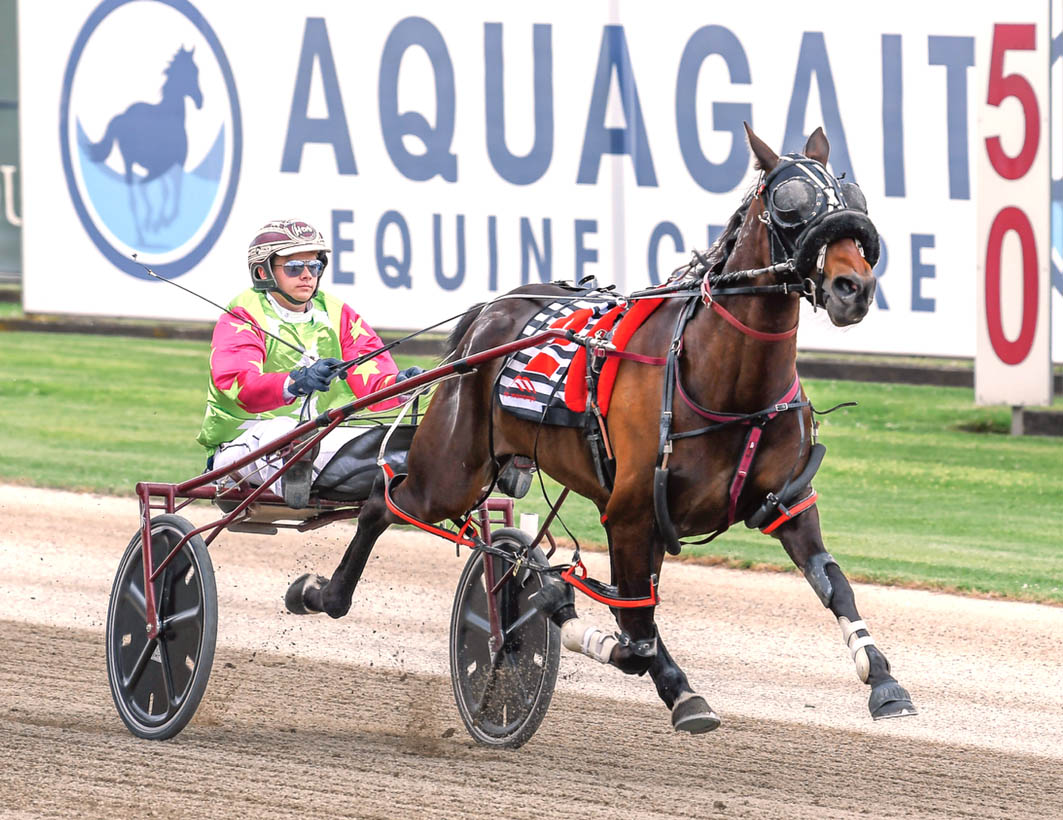 BUTT brothers Tim and Anthony hope Saturday night will be a ‘howling success’. Recently relocating to Victoria, Anthony is poised to contest the Ballarat...

BUTT brothers Tim and Anthony hope Saturday night will be a ‘howling success’.

Co-trained by Anthony and his partner Sonya Smith, Wolf Stride is one of the main contenders in the Group One despite his second row draw.

To be driven by Anthony, the son of Rock N Roll Heaven will come from barrier nine.

Wolf Stride heads into the feature as a last start winner of the Bendigo Cup a fortnight ago.

Over the border, Tim is set to tackle the Raith Memorial at Club Menangle with The Wolf.

Making a winning debut at the world class venue in November, The Wolf then finished at the tail of the field of five after racing greenly before being given a short freshen up.

Also by Rock N Roll Heaven, the three-year-old was runner-up in a trial behind top gelding Tasty Delight last week.

“She is coming along quite well,” Tim said. “She’s a work in progress, but has a bit to offer.

“I was pleased with her first run then she did a few things wrong at her second start, so I gave her a short freshen up and it seems to have worked well.

“Her track work has been impressive and she’s feeling good, so hopefully she takes that to the track.”

With the in-form Jack Trainor set to take the reins, The Wolf will come from gate seven in the Group Two.

TAB Fixed Odds have the filly on the third line of betting at $8, with Arma Renegade the $1.55 favourite from barrier nine.