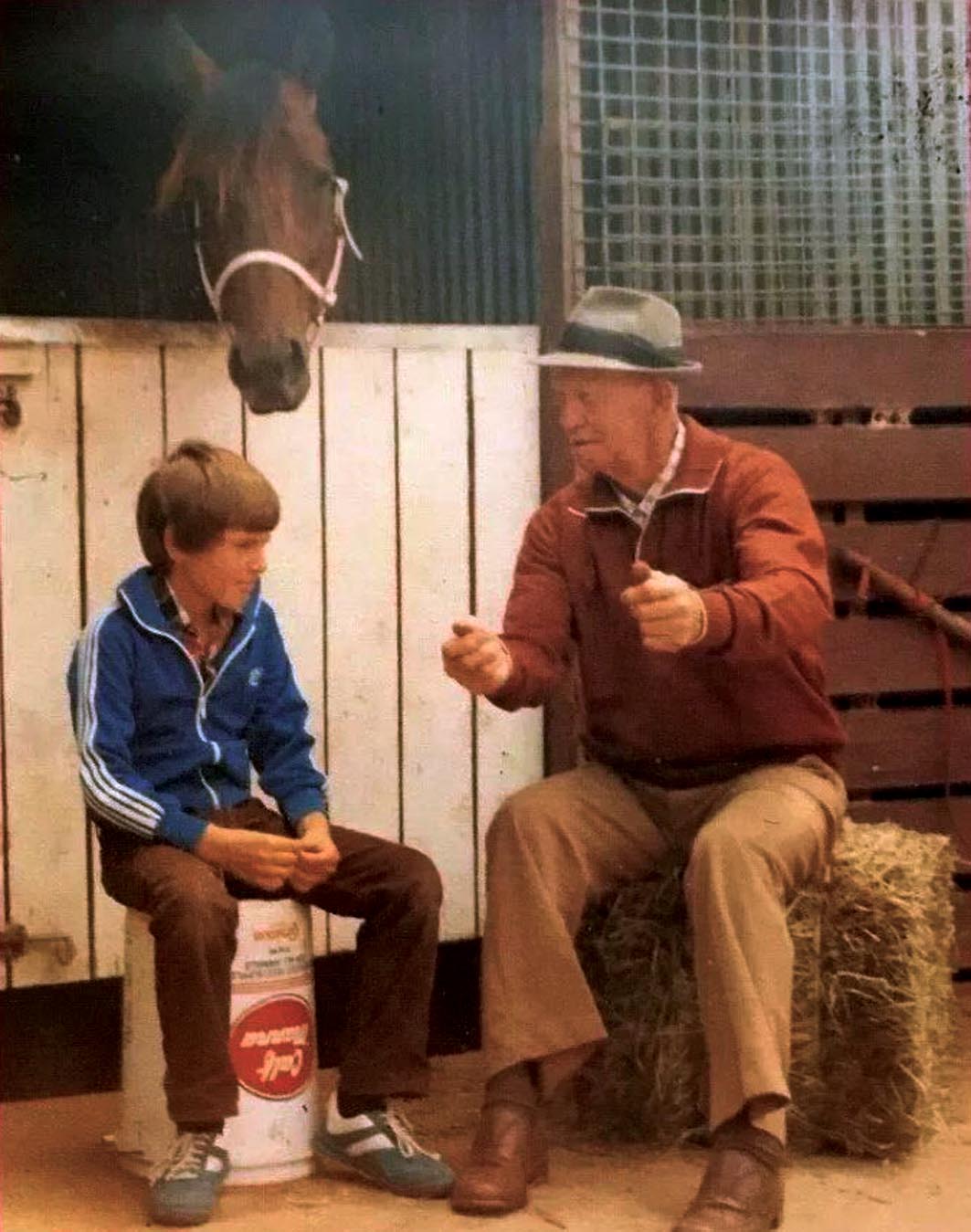 MASTER and apprentice....George Gath giving advice to his grandson Andy

DURING last year’s corresponding meeting we posed the question….has the apprentice overtaken the master? Following tonight’s edition of the Shepparton Cup program the question...

DURING last year’s corresponding meeting we posed the question….has the apprentice overtaken the master?

Following tonight’s edition of the Shepparton Cup program the question remains the same, and for those who refuse to entertain the possibility, it may even be harder to answer!

The master is George Gath, who is widely-regarded as a legend…a champion of his time and arguably the finest horseman the industry has known.

The apprentice is his grandson Andy Gath, who has clearly inherited his grandfather’s skill with horses.

Making the trek to Shepparton this evening, Gath trained top trotter Mclovin to complete consecutive wins in The George Gath.

Driven by Gath’s wife Kate, Mclovin accounted for Sundons Courage and Kheiron in 2:00 over 2190 metres.

It’s the third time Gath has won the feature, having scored with Glenferrie Typhoon in 2016.

“It is a great honour and very sentimental to win this race,” Gath said. “Given it is named after my grandfather I always try to have a runner in it if I have one good enough in the stable at the time.”

A master of his profession, George is the only driver to win at Richmond, Ascot, the Ascot Vale Showgrounds and Moonee Valley.

Like George, Gath is a premiership winner, with four state and four metropolitan titles to his credit.

George won Cups, Derbys, Oaks and various prominent features of the time such as Lordship, Youthful and Sapling Stakes.

Gath’s name is also on the honour rolls of Cups, Derbys, Oaks and other features, as well as the Inter Dominion – a feat George never achieved.

“It has been mentioned to me before about the races I have won compared to my grandfather,” Gath said. “I have been lucky to have enjoyed success in some top races just as he did.

“But to me there is no comparison…he is a legend.”

Ignatius adding a touch of glamour at the Big M
On the double
Filly to honour trainer’s late Mum
Great way to start the day…and beat the heat...
About author