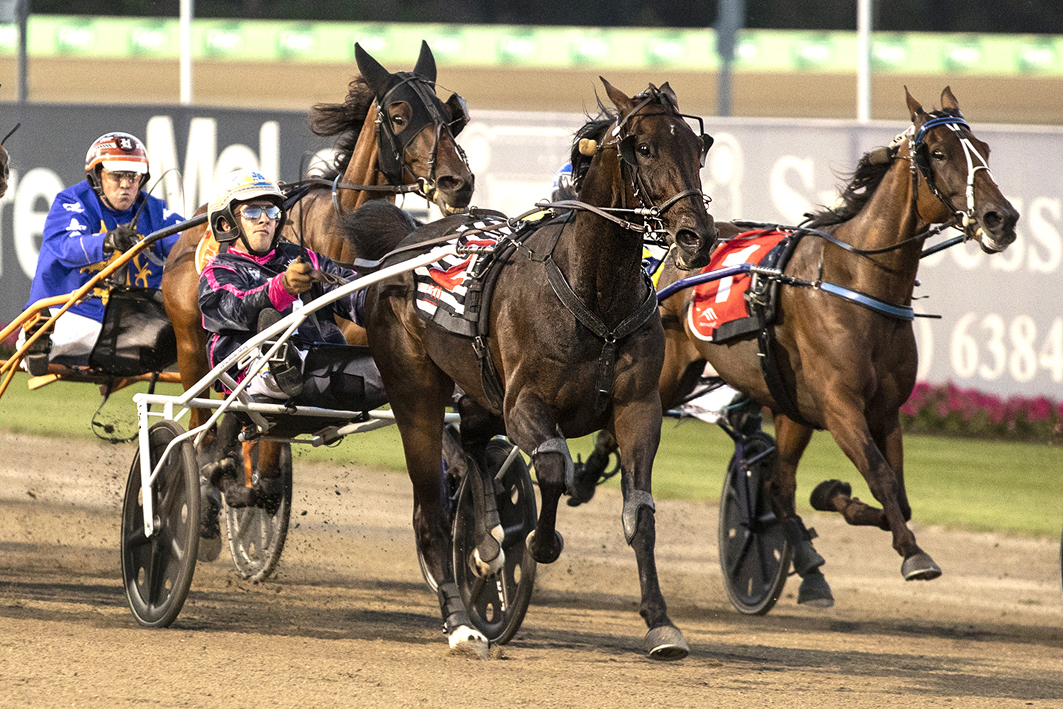 PROMINENT horseman David Aiken received the ideal birthday present at Club Menangle tonight. Turning an undisclosed age – believed to be in the veteran...

Turning an undisclosed age – believed to be in the veteran vicinity – Aiken captured the Group One Trotters’ Mile with Big Jack Hammer.

“It’s a pretty perfect way to celebrate your birthday,” Aiken said. “It’s nice to win any race at any time, but it can’t get much better than a Group One on your birthday.

“Having my son Josh drive the winner is the actual icing on the birthday cake!”

Beginning well from barrier two, Big Jack Hammer was quickly slotted onto the pegs to gain the run of the race behind Tough Monarch which led from the pole.

Angled to the outside at the top of the home straight, the son of The Pres sprinted to the lead before staving off a late charge from Red Hoot Tooth to score by a head.

Sammy Showdown completed a Victorian trifecta when a metre away third.

Covering the mile in 1:54.7, Big Jack Hammer equalled the time he set to win last season’s edition of the feature when driven by Antony Butt.

“He has been racing better than his form reads on paper and we felt he was a good chance from the draw tonight,” Aiken said.

“He’s not the kind of horse which can make his own luck, but when he gets the right run like he did tonight he is always going to be hard to hold out.”