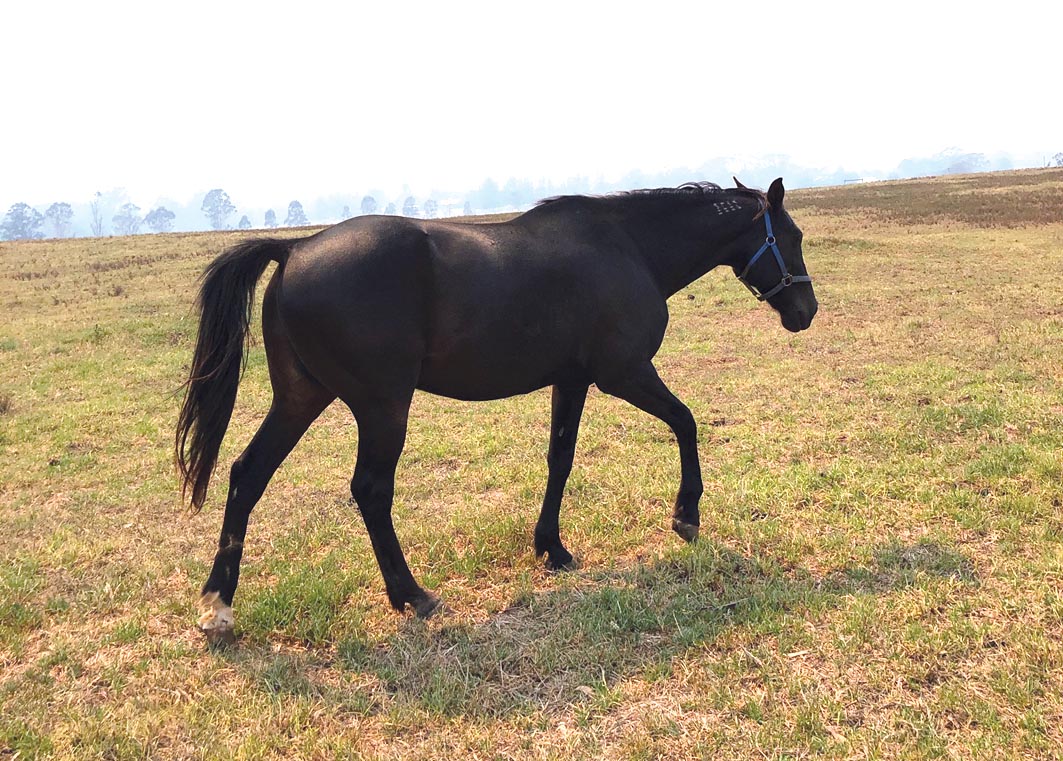 BE GOOD JOHNNY enjoying his retirement

Miracle Mile champions….where are they now?

CHAMPION – a word which has lost a part of its true meaning. Too often a competitor can be bestowed the title of a...

CHAMPION – a word which has lost a part of its true meaning.

Too often a competitor can be bestowed the title of a champion, when really they just had a good season or campaign.

Then there is an athlete which may be extremely talented, but also dominates at a time when the depth of opposition is not as strong which results in the champion status being thrown around.

Yet there was a time when the hallmark of a champion was longevity.

Sustaining the highest level of achievement throughout, or majority of, a career is what makes a genuine champion.

One pacer which earned that coveted moniker is Westburn Grant, which not only experienced longevity during his time on the track, but also in retirement.

The first pacer to successfully defend his Miracle Mile title, Westburn Grant is enjoying his twilight years with Vic Frost, who prepared the son of Land Grant throughout his illustrious career.

In fact, at the ripe age of 34, Westburn Grant – or Spot as he is affectionately-known – hasn’t lost the air about him which saw him capture the 1989 and 1990 Miracle Miles around Harold Park. 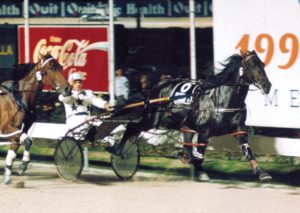 “He’s getting a lot slower, but he still has the run of the place and acts like he’s the King,” Frost said.

“He still lives here on our property and is doing well for his age. He’s a free ranging stallion, which runs around a paddock and stops to say hello.

“All he does is relax, enjoy life and socialise with the other horses. He never gets locked up and pretty does as a he pleases.

“Miracle Mile time brings back a lot of memories especially his first win when they ran that unbelievable first quarter.”

The “unbelievable quarter” came about when Frost charged Westburn Grant out of the gate to match strides with Thorate as the two talented pacers, and two champion reinsmen – Frost and Brian Hancock – staged a war for the first 400 metres.

In what was the fastest first quarter recorded at Harold Park, a phenomenal 26.2 seconds, it was only when Frost produced the whip, signalling his intention to lead at all costs, that Hancock relented and allowed Westburn Grant to take the lead.

“I was leading that night no matter what,” Frost said. “For two stars to battle like they did and still run the quinella just showed how good they were.”

Frost and Westburn Grant returned the following year to once again lead throughout, this time in a track record 1:55.6 to score from Almeta Boy and Defoe.

“I don’t think Spot would run much quicker than 1:55.6 around Menangle,” Frost said. “Sure Menangle is a much bigger and faster track than Harold Park, and the average time is about 1:52, but you’ve got to allow for the fact Spot is 34 now!”

Another dual Miracle Mile winner still going strong is Be Good Johnny, which spends his days roaming a paddock of his former trainer John McCarthy.

Although a ‘greybeard’ at 20-years, Be Good Johnny’s appearance gives the impression he is just a good training session away from racing.

“He is as fit as a fiddle for his age,” McCarthy said. “He’s carrying a bit of weight compared to his prime, like most of us old fellas do, but he’s healthy, happy and enjoying life.”

With McCarthy holding the reins, Be Good Johnny outmuscled his rivals in the 2005 Miracle Mile as Slipnslide – trained and driven by McCarthy’s son Luke – and Robin Hood filled the placings.

A year later the son of Fake Left rated 1:54.3, just a tenth of a second outside Iraklis’ record, to account for Blacks A Fake and Smooth Cruza.

“He was a great horse and still is,” McCarthy said. “He won half a dozen Group Ones, but you can’t go past the Miracle Mile.”

Earning his place on the Miracle Mile honour roll in 2008, Divisive’s name will always be associated with the record books as being the last winner of the premier sprint at its original home.

Added to the racing calendar with the dream of breaking the magical two-minute barrier under race conditions for the first time in Australia, the Miracle Mile had been conducted at Harold Park since 1967.

In 2009 the Group One was transferred to the club’s new venue in Menangle.

Trained and driven by Peter Rixon, Divisive completed a 1:56 win over Melpark Major and Make Me Smile.

“He is doing great,” Rixon said. “He is as fat as can be but is in terrific condition.

“Enjoying himself on a 10-acre paddock is what life is all about these days.”

On the other side of the Tasman, Christian Cullen and Monkey King are also ‘living off their pension’.

After a successful stud career Christian Cullen is “chilling in a paddock with friends”.

Monkey King is being used as an educator for the young horses, gets out in the double seater sulky at times and is “so full of himself he still thinks he can race”.